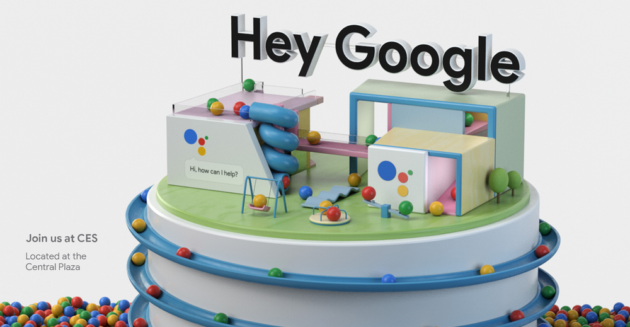 LAS VEGAS — If CES 2017 was the year of Alexa everywhere, the theme of 2018 may ultimately be Google gone wild.

Google also pulled back the curtain on a catalog of new touchscreen devices that will hit the market later this year.

Users can already have the Google Assistant in their ears with a variety of headphones, and Google plans to expand those offerings, with new headphones from Jaybird, JBL, LG and Sony that will be released throughout the year.

Starting this week, Google will integrate the digital assistant into Android Auto, a program that projects smartphone capabilities onto in-car touchscreen displays. Google says it is working with automakers on integrating the assistant directly into their cars. Panasonic plans to integrate both the Google Assistant and Amazon Alexa into its in-car displays.

Changhong, Element, Funai, Haier, Hisense and Westinghouse are all putting out new Google Assistant-enabled TVs, and Google is working on deep integration with LG that includes TVs, smart speakers and more.

Put all this together, and it’s clear that Google is intent on massively expanding the reach of its digital assistant as quickly as possible. The company said Google Assistant is now available on more than 400 million devices, with more to come.

With all these new devices and capabilities, Google wants to make it easier to perform common functions in popular apps. This new capability, called Actions, links up tasks, like commands to look for directions on Google Maps.

Google traditionally hasn’t had a booth at CES, and the company hasn’t made this kind of mark on the annual event since its co-founder Larry Page delivered a closely watched keynote at CES more than a decade ago. But Google’s increased presence shows the importance of the smart speak market, today led by Amazon, and all the other emerging products powered by digital assistants.

That market is growing quickly, with analysts at the Canalys research firm projecting more than 56 million smart speaker shipments in 2018, the majority in the United States.

This year, Google has wrapped the Las Vegas Monorail with a prominent “Hey, Google” ad, and it’s putting up a big outdoor CES booth, complete with a twisting blue slide. In a post previewing its CES presence, Google promises new integrations, devices and other new developments for Google Assistant, and so far it has delivered.

But much more than their own first-party smart speakers, industry partnerships with device makers will be key for Amazon Alexa and Google Assistant to reach critical mass, which is why CES is such an important battleground for them both. That’s why we’re seeing Google and Amazon show up in presentations from a variety of major companies, ranging from Panasonic, to Toyota to LG and more.