Some of the designs look like winged motorcycles. There’s a cute mini-airplane with stubby wings. And a couple of the contraptions look more like time machines than flying machines.

The diversity among the winners in the first phase of the $2 million GoFly Prize competition for personal air vehicles doesn’t faze Gwen Lighter, the program’s founder and CEO. The way she sees it, that’s what’s wonderful about the contest.

“Just like there there are many different types of cars available to drive, so too the diversity that we are seeing in the many different types of personal flying solutions that have been submitted will allow the public to be able to choose the best method for whatever they are doing at that particular moment,” she told GeekWire. “In that sense, it’s very exciting to see all the different permutations.”

In the years ahead, Airbus, Uber and other heavyweights are planning to field fleets of air taxis. But the GoFly Prize, which is backed by Boeing and other corporate sponsors, aims to foster the development of a different kind of flying machine that’s designed to carry a single person.

“We believe that we are well on our way to making people fly,” Lighter said. “We frankly just can’t wait to see what the teams build and how the future unfolds.”

In Phase 1 of the competition, teams were required to design user-friendly, one-person vehicles capable of making vertical or near-vertical takeoffs and flying for 20 miles. Lighter said more than 600 competitors from 95 countries signed up.

Expert judges evaluated the designs that came in. “Our judges were incredibly impressed by the technical prowess of the submissions, as well as the innovation and the ingenuity that they saw,” Lighter said.

Ten Phase 1 winners were selected to receive prizes of $20,000 each, plus advice from business and technical mentors for the next phase of development: 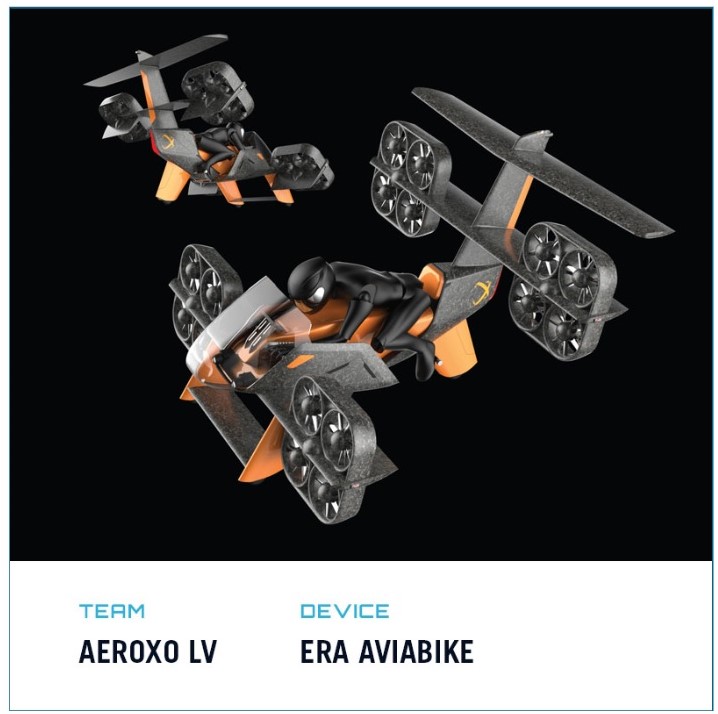 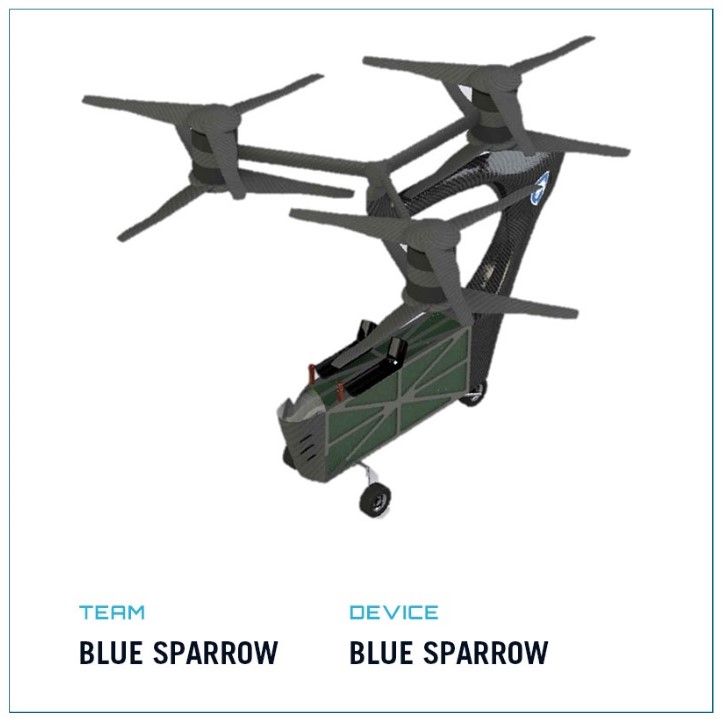 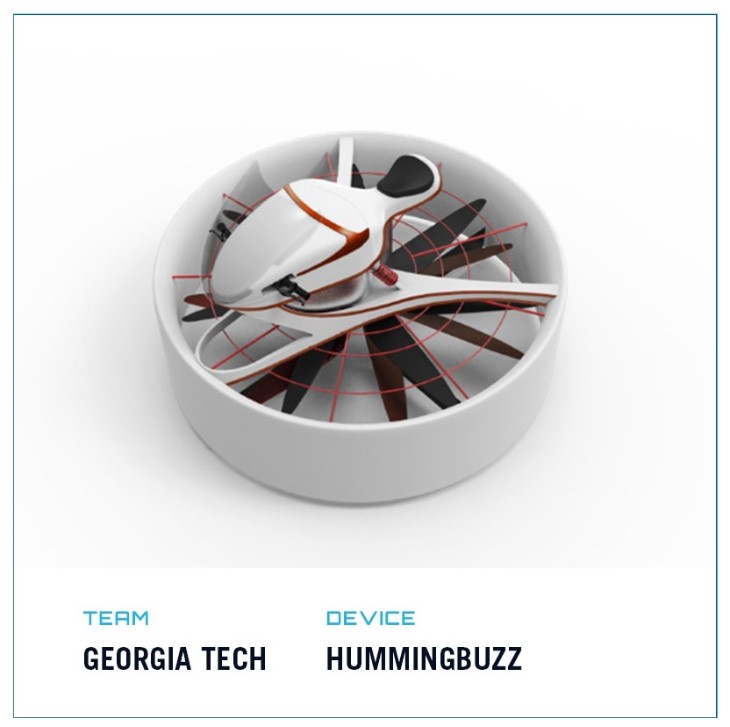 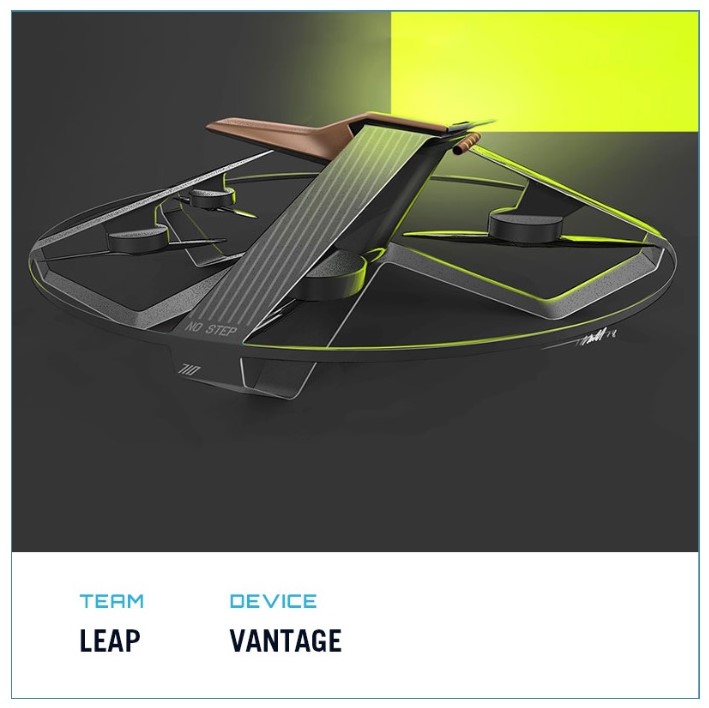 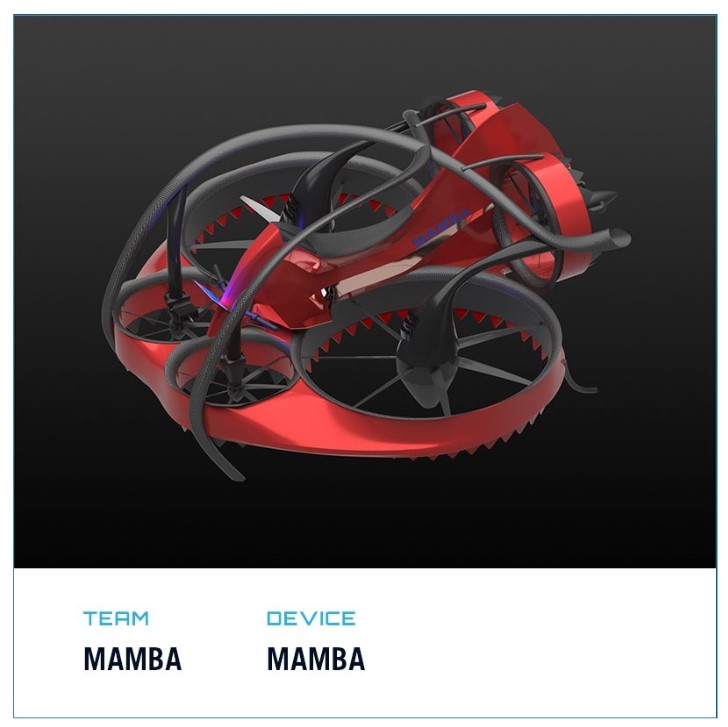 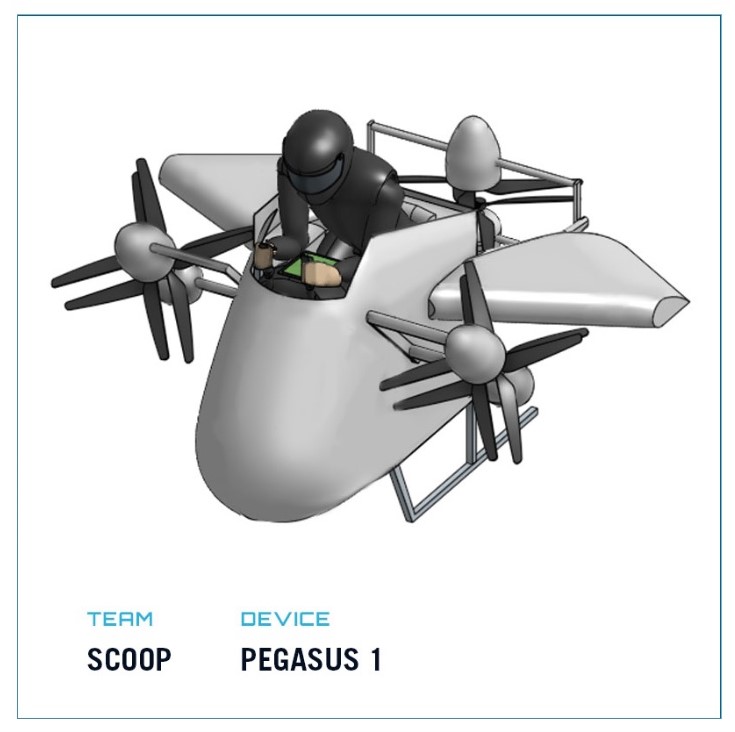 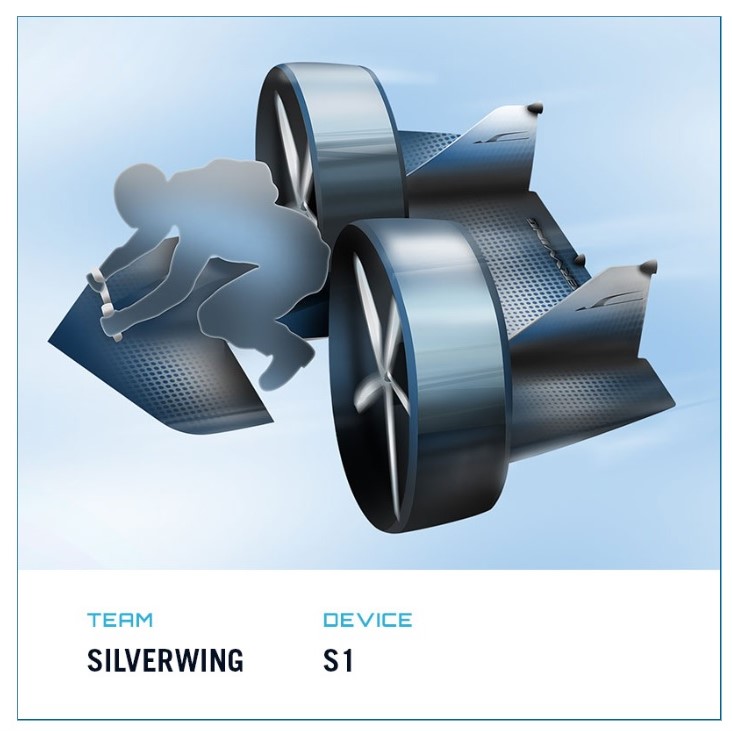 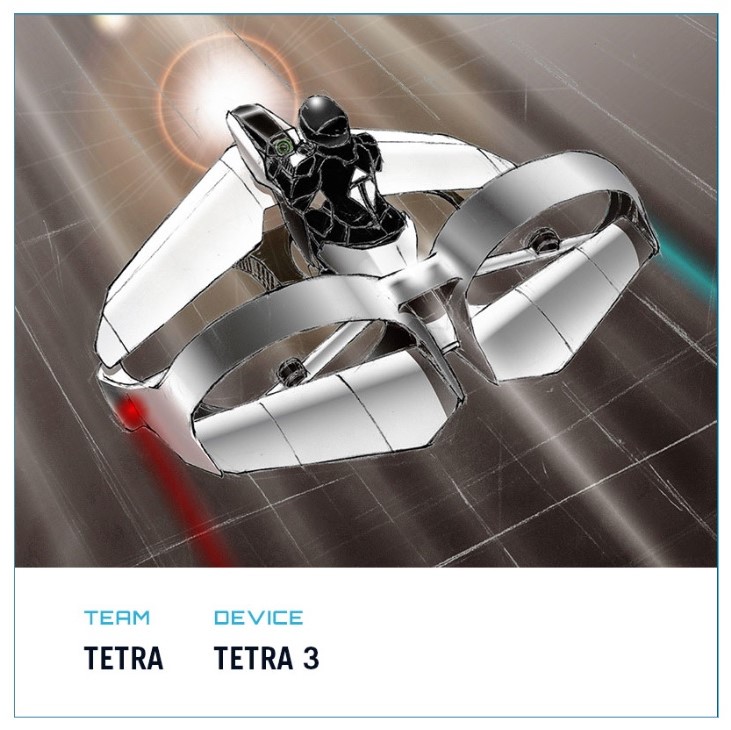 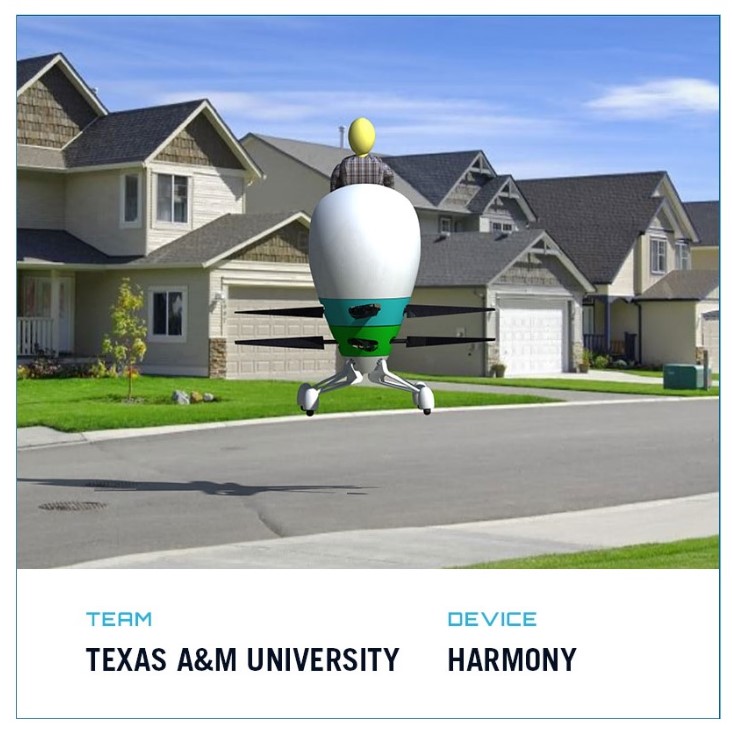 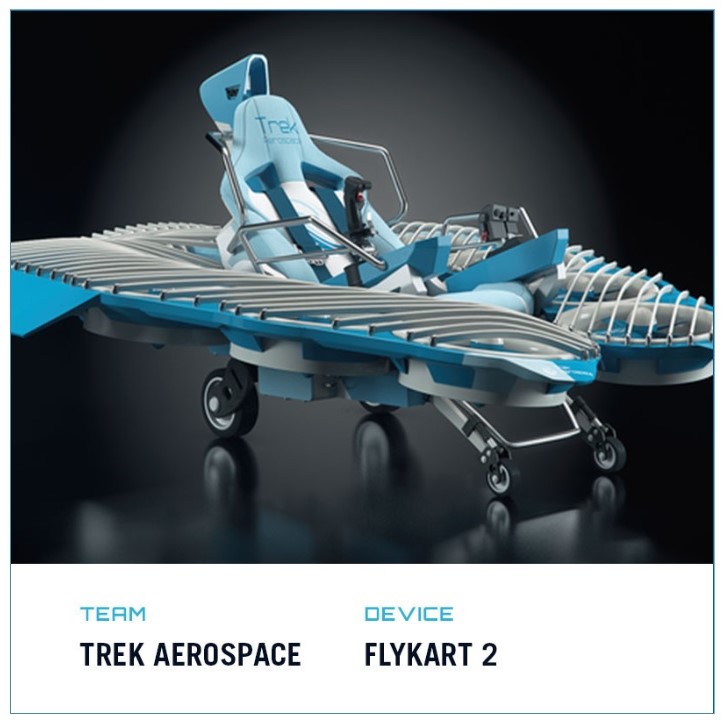 Trek Aerospace is arguably the best-known of the teams, but Lighter is delighted to see aerospace newcomers in the lineup as well.

“We believe that innovation can come from anyone, anywhere,” she said.

Now the competition moves on to Phase 2, which requires teams to start taking their concepts off the drawing boards. And the field won’t be limited to the 10 Phase 1 winners. “One does not need to win a Phase 1 prize to move into Phase 2,” Lighter said.

The teams that make it to the fly-off will have to demonstrate safe operation of their vehicles, either with a human operator or under autonomous control with a dummy in the driver’s seat. The Federal Aviation Administration and the Experimental Aircraft Association are among the partners in the GoFly program, and Lighter said those organizations could help teams satisfy regulatory conditions for the fly-off.

Judges will score the Phase 3 contestants, based on how small their vehicles are, how quiet they are, how fast they are and how maneuverable they are. The top-scoring team wins $1 million. Two prizes of $250,000 each will reward quiet operation and compact size, and a $100,000 prize will go to the team that demonstrates the most disruptive advancement of the state of the art.

“The teams own their own intellectual property, and are free to go out and build their companies and continue to perfect their flying devices and go through the certification process,” Lighter said.

A million dollars may not go far for the likes of Boeing, Airbus or Uber. But that amount of money, plus the exposure that’s likely to come with the GoFly Prize, just might be enough to get a brand-new aerospace venture off the ground.

Update for 8:23 a.m. PT June 14: Some of the designs in the GoFly competition may look like manta rays, but the name of one of the teams (and its flying machine) is Mamba, not Manta. I’ve corrected the reference.