Story updated with comments from Monster to GeekWire below.

A Seattle startup has inked a deal to host domain registrar services for Gab.com, the site that was dropped by GoDaddy and other companies in the wake of the Pittsburgh synagogue shooting.

Gab made headlines after it was revealed that Robert Bowers, the 46-year-old charged with killing 11 people in Pittsburgh last week, used the service — described by The New York Times as “extremist-friendly” — to post anti-Semitic messages.

Others including PayPal and Stripe suspended or canceled Gab’s accounts. But Gab went back online Sunday after it found a new domain provider to replace GoDaddy, which cut ties with the site after the shooting.

That site is Epik, a Seattle-area company run by Robert Monster, who defended the decision in a lengthy blog post titled “Why Epik welcomed Gab.com” that cites everything from Greek history to Supreme Court rulings. 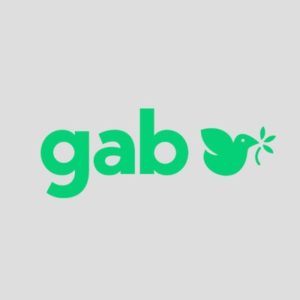 “To the casual observer, the case of Gab.com seems like it is something new. It is not. It is history repeating itself,” he wrote. “While there are consequences to actions, there is also the proverbial risk of throwing out the baby with the bathwater. My hope, for all of our sakes, is that Gab.com treads wisely, using its liberty for the betterment of most, and the enlightenment of all.”

Monster also shared confidence in Gab CEO and co-founder Andrew Torba, calling him “an entrepreneur who was willing to swim against the tide for what he believes is right, namely empowering netizens to discuss openly about matters of mutual interest with limited risk of censorship.”

In a post on Twitter, Torba said Gab has cooperated with law enforcement. He said “this coordinated smear by the mainstream media did not work because we are still standing.”

“Gab is now a nationally-recognized brand as the home of free speech on the internet,” Torba added. “Anyone who is watching this coverage over the past week in a half, is looking and saying to themselves, “I see the most insane, racist, hateful, crazy stuff that happens on Facebook and Twitter and Reddit all over the internet. And never have I seen mainstream media outlets attack the founders of these companies and call for these products to be removed from the internet.’ It’s never happened.”

Update: I just talked to the CEO of Epik again. After I explained to him about the above posts on Gab, he responded that he's got a call in to Gab to discuss their content curation practices. https://t.co/FCLbOsKHJq

Hey Mike here's the real scoop: we certainly did speak and of course both agreed that any True Threats of violence are unacceptable and not free speech, as has always been our policy. No one disagrees on that. You want a Pulitzer now? Have a lovely night! https://t.co/rgcpIXTF1w

https://t.co/IsgRFWC732 is back online but vigilance continues 24/7. Please report any threatening content to support@gab.com. Per @getongab, in the last few hours 40 individual posts, and a few hundred accounts were removed for violating content guidelines.

Here is our press release to the media:

You failed. We are back online. We grow stronger by the hour. Free speech lives at https://t.co/J3Rfto6fi3. This is only the beginning. May God have mercy on you for what you people have done this past week. Peace, love, and prayers. ??

Monster also calls out Gab’s use of blockchain with a distributed ownership model. Monster was previously CEO of DigitalTown, a Bellevue, Wash.-based startup that develops online storefronts with blockchain technology and raised $4.2 million earlier this year. He left DigitalTown in September and came back to lead Epik, which he founded in 2009.

Update, 9 a.m. PT Monday: In an email to GeekWire, Monster said Epik has not seen any customer domain departures over the decision to do business with Gab. “On the positive side, we are seeing record customer signups and a groundswell of support, both from the left and right who advocate free speech — warts and all,” Monster said.

“Obviously this was not an easy call. As a domain investor and CEO of a global top-50 domain registrar, I care about the domain economy. Seattle is actually home to some of the largest players in the domain industry, notably registry operator Donuts, which was just backed by Abry Partners but also registrars and DomainTools. There are a lot of people who understand the utility of domains but also know that domains are only useful if you can use them, or can have assurance of being able to use them later.

As for free speech, it will find its own level. Peer to Peer and Blockchain are increasingly mature technologies with which to bypass the domain and DNS ecosystem altogether. The industry’s governing entity, ICANN, has done a relatively good job of keeping a free and open Internet. My hope is that it remains such and that the stewards of popular sites take responsibility for the content on their sites. I believe the folks at Gab will do that. More importantly, I hope that the public will engage the dialog.”