Many farmworking jobs are seasonal, short-lived and tricky to find. Seattle-based startup Ganaz hopes to solve those challenges by connecting workers to employers through a platform that also tackles potential language barriers.

“Having worked with farmers and farmworkers for more than a decade, my co-founder, Sri Artham, and I saw an opportunity to use technology to solve some of the most pressing problems in recruiting, retention and communication for both employers and employees,” said CEO Hannah Freeman, 39.

“We are starting in agriculture, with a grand vision to be the trusted source of job information for front line workers around the world in farming, factories, hospitality, fishing and mining,” she said. “These sectors employ hundreds of millions of workers, most of whom now have a cell phone, and we want to leverage that to help workers and their employers thrive.” 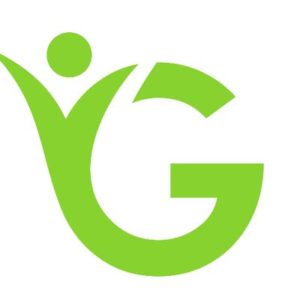 Ganaz launched in April 2017 and has four employees. In the past year, it has worked with more than 30 companies and thousands of farmworkers in the Western U.S. and Mexico. U.S. data estimates there are more than 3 million seasonal and migrant farmworkers alone.

In the current political environment, privacy and deportation concerns loom large for many farmworkers and their families. Freeman said worker trust is one of their top concerns.

“All we collect from the workers is their phone number, so it’s quite anonymized,” she said. “As we build out new features, protecting people’s identities and data and ultimately maintaining their trust will be our guiding principle.”

Ganaz generates revenue by charging employers for job postings and the use of their communication platform. The service is free for the workers.

We caught up with Freeman for this Startup Spotlight, a regular GeekWire feature. Continue reading for answers to our questionnaire.

Explain what you do so our parents can understand it: “Ganaz helps farmworkers find the best jobs and helps agricultural employers recruit, retain and communicate with their multilingual workforce.”

Inspiration hit us when: “This opportunity was hard to miss, since we worked with farmers and farmworkers for so many years. One story in particular really sticks with me. I met a young couple, Ana and Eduardo, in Southern Baja California. A recruiter had convinced them to travel there for a job picking chili peppers, where the pay and housing were really good. They spent the last of their money on bus fare to the farm, only to find that the pay was one third what the recruiter quoted, and housing was not included. Being new to the area, they had to sleep outside while they scrambled to find other work. Meanwhile, just down the road, there was a berry farm that was desperate for workers and offered good pay and nice housing. Ana and Eduardo had a smartphone and a tablet that they expertly used — they simply lacked a service to source options and communicate directly with potential employers.”

VC, Angel or Bootstrap: “We started by bootstrapping, then raised a pre-seed round, and plan to raise VC funds as well. Millions of employers needing recruiting, retention and communication tools that fit the needs of a low literacy, multilingual and cell-phone-based workforce. With VC investment, we can efficiently access these global supply chains and scale the business.”

Our ‘secret sauce’ is: “We have a holistic view of the industry. Some companies understand employers and downstream brands well, and other parties, especially NGO’s, understand the needs of workers on farms and in factories. Throughout our careers, we’ve been working with and learning the needs of each of those parties — from a migrant worker up to the CEO of a global brand, and we have a deep passion for coming up with win-win solutions.”

The smartest move we’ve made so far: “Meeting workers where they’re at using SMS, Facebook and Messenger.”

The biggest mistake we’ve made so far: “Funny one: The first name of our company turned out to sound very similar to an inappropriate slang word in Mexican Spanish.

Frustrating one: We started by using a freelance software team, which didn’t always understand the nature of the business. We just hired a talented head of engineering to build our in-house team, something I now wish we’d done six months ago.”

Would you rather have Gates, Zuckerberg or Bezos in your corner: “Bill Gates. The Bill and Melinda Gates Foundation is involved in work to leverage technology and the ubiquity of cell phones to improve the lives of vulnerable populations around the world, a vision we share.”

Our favorite team-building activity is: “Farm visits, because collective inspiration is powerful.”

The biggest thing we look for when hiring is: “Intelligent curiosity about and passion for our mission.”

What’s the one piece of advice you’d give to other entrepreneurs just starting out: “Launch before you think you’re ready, and iterate fast based on market feedback. We are in the field, quite literally, every week and that time pays off in product strategy and customer commitments. Gotta get some dirt on your boots.”