Despite the recent scandals plaguing the social media giant, Facebook beat expectations for its first quarter earnings report with $11.97 billion in revenue, higher than analyst estimates of $11.4 billion. Facebook’s adjusted earnings per share were $1.69 in Q1, higher than the expected $1.35. Shares were up more than 4 percent in after-hours trading.

Facebook reported 1.45 billion daily active users for March 2018, up 13 percent year-over-year. It had 2.2 billion monthly active users last quarter, a year-over-year increase of 13 percent. The company also reported $11.8 billion in advertising revenue in Q1, less than the $12.7 billion the company made on ads in Q4 of 2017 but up 50 percent from the year-ago quarter. Mobile accounted for 91 percent of total advertising revenue, up from 85 percent a year ago. 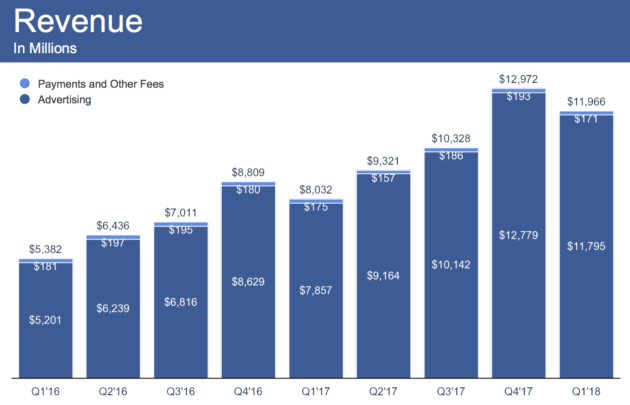 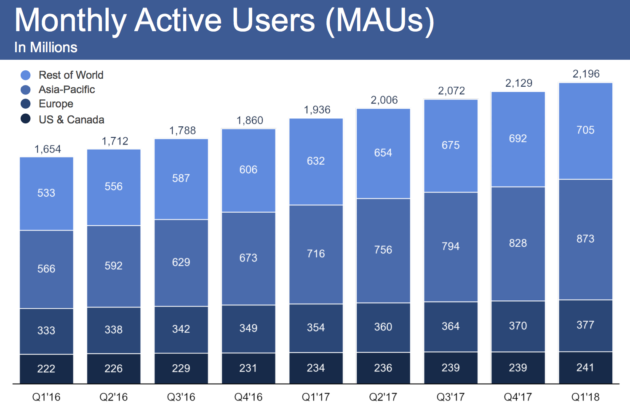 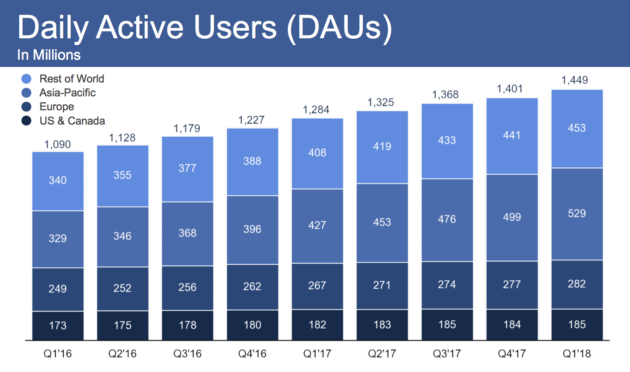 But the bad press came mostly at the end of the quarter, so any dramatic changes to user behavior or advertiser revenue could be reflected in Q2.

On Wednesday’s earnings call, Zuckerberg said that despite the concerns some have raised about Facebook’s targeting practices, the company is committed to that revenue model.

“We think that ads is a great business model that is aligned with our mission,” he said.

Facebook lost $100 billion in market capitalization from Feb. 2 to March 29, though its stock price has slightly increased in April.

Facebook has been reporting consistent increases in quarterly revenue since 2012.