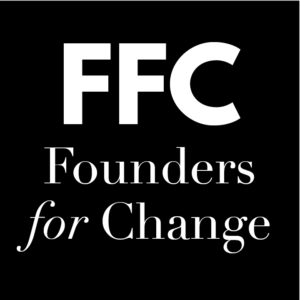 Startup founders want venture capital firms to step it up when it comes to diversity.

More than 500 venture-backed entrepreneurs are part of a new initiative called Founders for Change, which launched this week and aims to increase diversity among VC firms. The group was inspired by the #MeToo movement and the numerous harassment stories out of Silicon Valley over the past year, reported The New York Times.

Members include CEOs from companies like Dropbox, Lyft, Airbnb, Eventbrite, Indiegogo, Pandora, Stitch Fix, Zillow, and others. Each has made a public commitment to support the Founders of Change initiative:

“I believe in a more diverse and inclusive tech industry. I am dedicated to having a diverse team and board, and when I have a choice of investment partners in the future, the diversity of their firms will be an important consideration.”

A 2016 survey conducted by the National Venture Capital Association and Deloitte found that 11 percent of VC firm investment partners were women. In terms of ethnicity, 13 percent were Asian; 2 percent Hispanic; and 0 percent black. About 30 percent of the tech industry as a whole is female.

Melinda Gates, a vocal critic about closing the gender gap in venture capital, voiced her support for Founders for Change.

In a survey last year, just 3 percent of VCs rated diversity in tech as one of their top concerns. I’m hopeful these founders can push that number higher—and help create a startup ecosystem that’s truly inclusive.https://t.co/3zHRl3uefs #FoundersForChange

Maveron, a Seattle-area venture capital firm, also supports the movement. Elise Hebb, COO and partner at Maveron, told GeekWIre that “we believe diversity is part of the key to our success.”

One topic that came up during the on-stage discussion was the fact that investors are taught to invest in what they know and have experienced.

That rule can perpetuate the lack of diversity in the startup world — if investors at a VC firm aren’t diverse, it’s less likely that they’ll invest in entrepreneurs or companies they can’t relate to or aren’t familiar with.

“There is this narrow band thinking,” Goldberg said. “That’s why you just need more diversity in the room [and investors] who have their own set of things they know.”

RELATED: ‘The pipeline’ isn’t causing tech’s diversity problem: The workplace is, and here are 3 ways to fix it

There are efforts around Seattle to help increase diversity in the boardroom. Redfin and several venture capital firms last year launched a new initiative that encourages startups to recruit an “independent, diverse board member” within two years of funding.

Mikaela Kiner, the founder and CEO of human resources company uniquelyHR, and Britt Provost, executive vice president of people and culture at Apptio, recently joined the GeekWire Podcast to talk about how the tech industry can turn diversity-related talk into action.

“Make diversity and inclusion a very early part of your culture, your goals and your values,” Kiner advised. “We all know that what gets measured gets done. That cliché exists for a reason. For leaders, you need to talk about this early and often, just like you do other aspects of the company, the product and who you are as a leader. You will probably be tired of hearing yourself talk about these topics and that’s when you’ll know that you’re doing a good job.”

We spoke with several entrepreneurs from the Seattle area participating in Founders for Change. Here’s what they had to say.

We believe that people should have access to opportunity based on what they can do. Proud to be part of #FoundersForChange. @josh_jarrett pic.twitter.com/m6vKjIeCgo

“It’s been very exciting to be involved in this movement. I believe Founders for Change is about tech founders standing in solidarity to ensure a bright future for our industry, from the ground up. We know that diversity and inclusivity drive better business outcomes and we know that our industry has work to do.

For Koru specifically, we see first hand the bias in today’s traditional approaches to hiring. Our mission as a company is to level the playing field so that people have access to opportunity based on what they can do. You heard me talk about the “grit over grades” revolution when I accepted the Geekwire Startup of the Year award a few years ago. That slogan’s ethos is that perseverance should trump pedigree when it comes to the opportunities one has access to. It’s a natural for us to support this movement as a company — our daily work is in service of this.

On a personal level, I’ve become painfully aware of the challenging odds for my fellow female founders — especially to raise venture money. I have raised about seven rounds of venture capital (I’m guessing that’s included over 100 meetings), and I can remember presenting to two or three female partners, ever. On Onvia’s IPO roadshow, I don’t remember presenting to a single woman. I can’t remember presenting to a black partner either, male of female. I have never been asked to take a seat on a board of a for-profit company, despite having taken a company public, and having run my own companies and non-profit boards. I’ve never even told anyone that until now, for fear of being a ‘complainer.’

My fellow male founders, CEOs and friends, many of whom have had a different level of opportunity, are now tuning in to these differences and inequities. This is a tipping point, because by definition it is these good men who must join in to push for change, as the power currently rests with them.” — Kristen Hamilton, co-founder and CEO of Koru.

“Although this coordinated pledge is a new thing, the principle for us at Textio is not a new thing. Our company is half women, including our executive team. Our board is more than half women. Balanced teams simply perform better.

Internally, we set a goal two quarters ago of making sure that half the candidates we screened for our open roles come from some group that is underrepresented in the industry. We don’t change the interview process in any other way, and we don’t have hiring quotas. But pushing ourselves to change our screening pool has nevertheless had real impact on our hiring; since setting that goal, about 75 percent of our hires have come from an underrepresented group.

It’s very hard for new founders to have fundraising leverage. The balance of power is all in the VCs’ hands in most cases. For those of us who are a little further along in the process, if your company is growing quickly and you’re fortunate enough to have some leverage, we have a real opportunity to hold VCs accountable for the kinds of teams they have built. Hopefully that creates a more equitable environment for new founders in the future.” — Kieran Snyder, co-founder and CEO of Textio.

We are thrilled here @psl to be a part of the #FoundersForChange movement. Learn more at https://t.co/meiO4jdcGh pic.twitter.com/N8IJB7QZH2

“There is a clear business case — perhaps even a greed case! — for diversity. It’s a competitive advantage to exploit, especially when you are in the business of innovation. An aspect of the #FoundersForChange movement that resonated with us was its focus on the firms that invest in us. Across the dozen or so active Seattle-based venture funds — large and small — investing in early-stage technology, today very few have women in GP seats who are really making the decisions. Counting those firms requires only one hand, and not all five fingers at that. But that is not remotely unique to Seattle, and it’s also getting better.

It’s meaningful to us that today we have demographic and psychographic diversity reflected in our studio investor base, our LP base, our talent pipeline, and the teams we back. As an example, in my investment career to date, almost every founder I have handed a term sheet to happens to be a woman founder. That isn’t a deliberate goal but rather a function of my network. Working with diverse investment partners means that we get broader networks supporting our companies, rallying around them with richer perspectives, connections and experiences.” — Julie Sandler, managing partner at Pioneer Square Labs.

“At Amplero, we believe that having diverse and inclusive voices and talent at every level makes us far stronger as a company, as well as benefits the tech industry as a whole. It’s time for the technology industry, Amplero included, to not only make statements about inclusion and diversity, but to execute change at the highest levels.” — Olly Downs, CEO and co-founder of Amplero (per the company’s blog post)

“We joined Founders for Change because we think it’s important to advocate for, and publically commit to, creating a more equitable and inclusive workplace for all. At Zillow Group, we know we’re at our best as a company when there are a diverse set of backgrounds and experiences at the table. This doesn’t just happen on its own. We’re proud of the work we’ve done so far like closing the gender pay gap within our company.” — statement from Zillow Group.