LOS ANGELES — At this year’s E3, Nintendo is coming in healthy. The Switch is selling like gangbusters; Nintendo still more or less own the portable console market with the 3DS; amiibos are a license to print money; and, as ever, the company still has a firm headlock on the American nostalgia market. All it really had to do was maintain course and be OK. 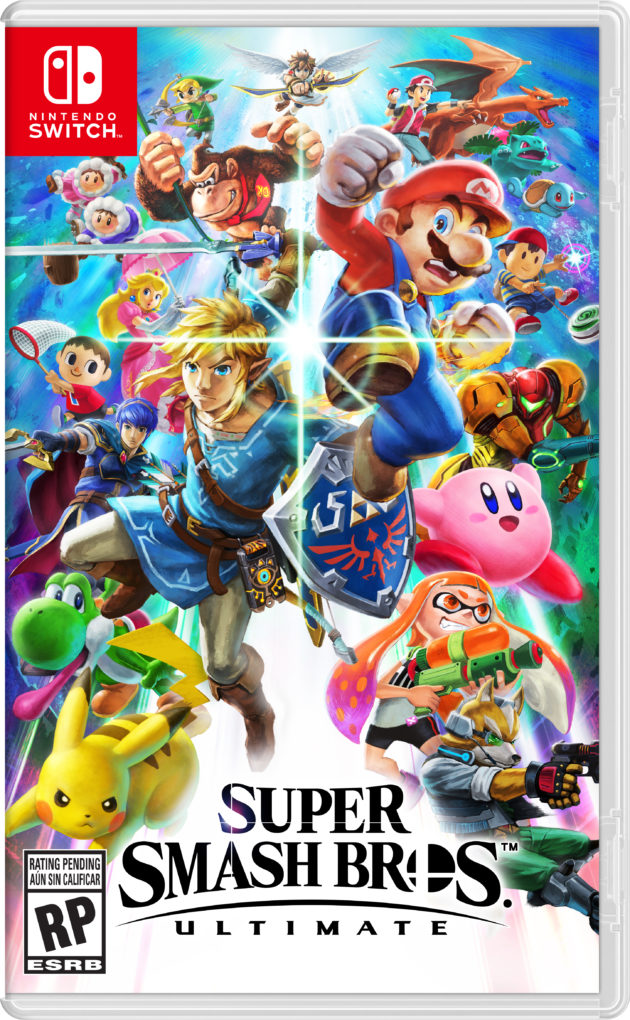 Well, that and talk more about the new Smash Brothers game — which Nintendo did.

A full two-thirds of Tuesday’s pre-E3 briefing, a pre-recorded Nintendo Direct stream, was dedicated to information about the forthcoming Smash on Switch, now called Smash Brothers Ultimate. The Smash Brothers series, a fast-paced, often absurd game of “King of the Hill” that features an all-star crossover cast of video game characters from Nintendo franchises and elsewhere, has been a dorm room classic since the days of the Nintendo 64, and the announcement of a new entry in the series has always been a guaranteed hype generator for any new Nintendo platform.

This year, series producer Masahiro Sakurai came onscreen to announce that Smash Ultimate will feature a complete returning cast (“Everyone is here!”). Every character who’s ever been in a Smash Brothers game before, even if they were a guest from a non-Nintendo franchise, downloadable content, or were only in one game 10 years ago, is returning for Ultimate. This includes the Ice Climbers, Mr. Game & Watch, the “Young” Link from Ocarina of Time, Pac-Man, Final Fantasy Vii‘s protagonist Cloud Strife, Street Fighter‘s Ryu, Bayonetta, and Solid Snake, the hero of the Metal Gear Solid franchise. Coming out of the gate, this means Smash Ultimate has well over 60 playable characters, although many of them will have to be unlocked over the course of play, as is Smash tradition. As Sakurai puts it, “this one has the most Smash for your buck.”

New characters to the franchise include the Inkling Girl and Boy from Splatoon, which we knew about, and Ridley, Samus Aran’s alien archenemy from the Metroid franchise, which was a brand new announcement this morning.

There’s also a new feature of sorts, called Echo Fighters, which is a new term for characters who are heavily based on someone else. For example, Pit from Kid Icarus now has an Echo Fighter version, with slightly different graphics, voice, and mechanics, called Dark Pit. Princess Daisy from the Mario series now appears in Smash for the first time ever as an Echo Fighter for Princess Peach, with her own model, a few different moves, and her own voice.

Most of the returning characters in Smash Ultimate have received some amount of additional tweaks in one way or another. Many have new costumes or moves based upon newer games. For example, the default costume for Smash Ultimate‘s Link features him wearing the Champion’s Tunic from Breath of the Wild. Mario brings Cappy from Super Mario Odyssey with him into this game, as well as his wedding and builder outfits. You can play as the female version of Pikachu, as well as with his lucha-libre mask from the Pokken Tournament games. The whole cast has received big updates to their facial animations as well.

Final Smashes, the powerful “super move” activated by finding and breaking open a Smash Ball during a fight, have all been sped up and made faster in order to keep the gameplay moving as smoothly and frantically as possible. Many older Final Smashes have been changed or updated as a result. Falco no longer summons the Landmaster; Bowser gets as big as he was in the Yoshi’s Island games; Shulk gets an updated UI for using his monado moves; Zero Suit Samus blows away much of the stage with a giant laser fired from her spaceship; and Pit now drives across the screen in his Lightning Chariot.

One of the incidental bits of news mixed in with the rest of the Smash fact barrage might require a little explanation. There’s a tactic in high-level Super Smash Brothers Brawl play called “wave-dashing,” which takes a little while to learn but lets you move your character much faster around the screen than would otherwise be possible. The trick is that it’s really only possible with an old GameCube controller, and even then, the controller has to be broken in before you can do it. This means that die-hard Smash players are fervent about finding old GameCube controllers any way they can get them, which has caused a big price spike in the secondary market.

It also meant that the Brawl fanatics were working on borrowed time, because there are only so many GameCube controllers left in the wild, and part of the breaking-in process involves deliberately wearing out part of the controller. The Melee players are a fervent, surprisingly large part of the Smash audience to this day (Melee is still popular enough, 17 years after its initial release, that it got a main-stage spot at this year’s Evolution in Las Vegas, the biggest fighting-game pro tournament in the world), and they’d already begun trying to work on third-party solutions. Otherwise, there was going to be some point in the future when their favorite game became actively impossible for them to play in the way in which they prefer.

Nintendo has announced a new wave of special GameCube-style first-party controllers to go with Smash Ultimate, which is aimed directly at that die-hard audience, as well as retro-minded gamers who appreciate the older controller. If you were wondering why Nintendo made a point of debuting a nearly 20-year-old controller design during their briefing on what’s going to be one of the most popular games on their current system, there you go.

Other, non-Smash announcements at this year’s Nintendo conference include:

Personally, I’m a lot more excited about Fire Emblem: Three Houses, which marks the debut of Nintendo’s turn-based strategy series on the Switch. It does not appear to be changing the formula too much aside from adding a few graphical improvements. It brings the same sort of melodramatic, over-the-top fantasy storytelling to a difficult, grueling strategy experience, where mistakes mean you could permanently lose characters.

Also, if you currently have too many friends, Nintendo’s Mario Party series makes its Switch debut on Oct. 5 with Super Mario Party, which lets you and several friends play a series of mini-games with and against one another, using the Switch’s malleability and portability to best advantage. The Mario Party franchise is notorious for being addictive, fun, and capable of ruining lives due to how intense some of the games can get; I am absolutely sure that the game has probably been mentioned by name in divorce paperwork before. So that’s fun. Look forward to that.

Much like last night’s Sony briefing, Nintendo’s pre-E3 show exhibited a company that’s very much at ease with where it is. This wasn’t a point where it needed to make big moves; it simply had to reinforce what it’s already doing, focusing on the Switch’s robust indie market and playing up its near-guaranteed success for this year’s holiday season. With the announcement of a release date for the hotly-anticipated Smash Brothers Ultimate, Nintendo’s already staked out a claim for one of the must-have games this Christmas. All that’s left to do is sit back, build the hype, and bring in more money.