Seattle-based startup Livible has raised an additional $16 million in funding to fuel a nationwide expansion of its storage service.

The Series A round was led by Global Logistics Properties, one of the world’s largest warehouse operators that agreed to be acquired for $11.6 billion last year. A group of local Seattle angel investors also participated.

Startup veteran Terry Drayton founded Livible in 2013. The company, previously known as Storrage, experimented with different business models before landing on its current offering: an on-demand storage service that picks up a customer’s belongings, takes them to a secure warehouse and then drops them back off at the house as needed. Livible also uses apps and QR codes to help customers track their belongings.

Livible’s target customers are urban dwellers. It also has a growing number of businesses and college students using the service, which is available in Seattle, Portland, and Boston, thanks to its acquisition last year of Boston-based Fetch Storage. The company is also a national partner with co-working giant WeWork. It estimates the self-storage market to be $30 billion. 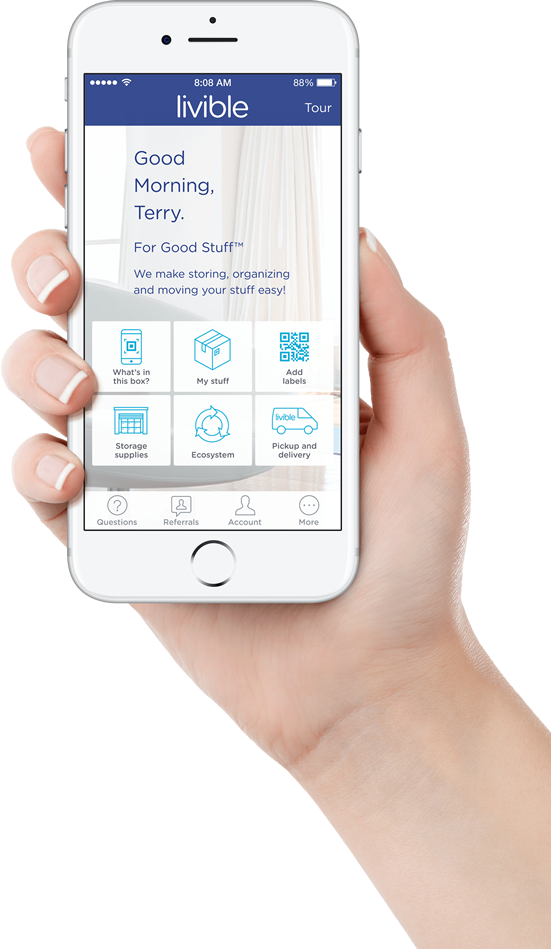 “Similar to Amazon’s revolution in retail, we give customers the best possible location – the door of their home or business,” its website notes. “Similar to Netflix, Uber and Airbnb, Livible is easier, more convenient and less expensive too.”

Livible charges a monthly fee based on total cubic feet required, with lower prices for more space used. Customers pay $15 plus $0.49 per cubic foot handled for pickup and delivery; they can also pay “Personal Packers” $35 per hour to do the heavy lifting. The company says customers can save 15 percent compared to other self-storage options. It does not charge sales tax and also partners with OfferUp to help people sell their stored items.

The fresh cash will be used to launch in more cities across the U.S. Total funding to date is $18.5 million. Alan Yang, CIO at Global Logistics Properties, will join Livible’s board as a result of the new investment.

Drayton has started numerous companies throughout his career, covering everything from politics to payment processing for youth sports to bottled water. His most well-known venture was grocery delivery company HomeGrocer.com, which had a $264 million IPO in 2000 and was one of the most prominent Seattle-based Internet companies of the dot-com era with its peach-colored delivery trucks zooming throughout the city.