Well, we didn’t see that one coming.

Nintendo today followed up on a tease of a “new interactive experience” for its successful hybrid Nintendo Switch console “specially crafted for kids and those who are kids at heart” with a product few would have predicted. Whoever guessed a series of cardboard kits to turn the controllers into everything from musical instruments to, to a house to robot packs and more, come get your prize.

Think of the kits, known as Nintendo Labo, as the company’s take on augmented reality. The Switch’s tablet-like screen and Joycon controllers are dropped into the cardboard contraptions, bringing the player closer to the game, without taking them out of the physical world. 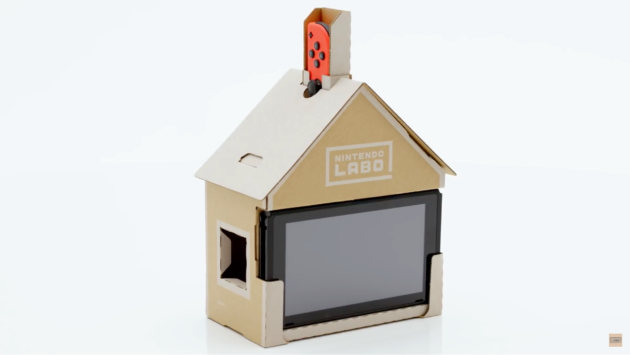 Nintendo has fooled around with ways to augment its controllers in previous consoles, such as the steering wheel for the Wii, but Nintendo Labo takes it to a whole new level, and offers a greater degree of interactivity.

Nintendo is looking to follow up a strong year in which the Switch took off, helping the video game giant dust itself off after some console misfires. More than 10 million units sold in the first nine months, and the Switch recently became the fastest selling U.S. home console.

Nintendo appears to think that Switch’s momentum will continue to build, as the company is reportedly looking to produce 25 to 30 million units next fiscal year, beginning in April.