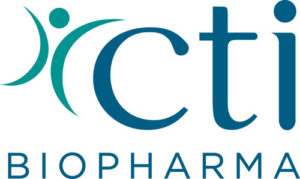 CTI BioPharma announced Thursday that it will let go of half its employees in order to create more runway to develop its experimental drug Pacritinib, which treats the blood cancer myelofibrosis.

The Seattle-based firm said it expected to save $20 million over three years as a result of the layoffs.

CTI did not specify the number of people who would be affected, but the company reported 57 employees at the end of 2017.

Shares of the company fell more than 8 percent on Thursday following the announcement. The company’s stock has lost more than 70 percent of its value in the past six months, following a series of disappointments last summer.

CEO Dr. Adam Craig took leadership of CTI in early 2017. His appointment came after co-founder and former CEO James Bianco stepped down following the settlement of a class action lawsuit with the company’s investors. The lawsuit alleged that CTI misled investors about Pacritinib.

CTI’s Pixuvri drug received conditional approval in Europe in 2012, but the company has not successfully brought a drug to market in the U.S.

Puget Sound Business Journal was first to report on the restructuring.