BMW and Daimler are on the verge of combining their urban mobility services after U.S. regulators approved the merger on Tuesday.

Originally announced in March, the joint venture will create a new equally-owned mobility company that brings together various services used around the world, including Daimler’s car2go and BMW’s ReachNow car-sharing units in the U.S. It will also combine parking and electric vehicle charging services, as well as ride-hailing products that compete against companies such as Uber.

The transaction is expected to close by January 31 and more details will be shared about the new mobility company after that. European regulators approved the deal in November. 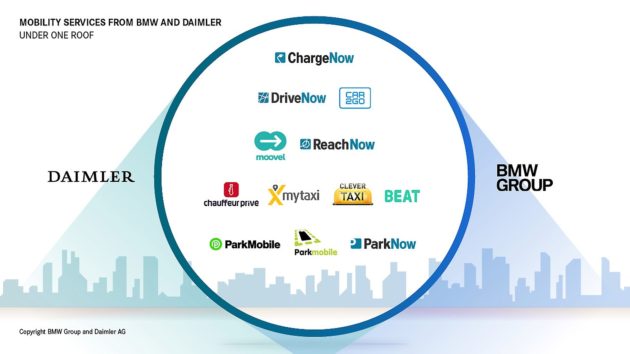 “On their urban journey, customers will move through a seamlessly connected and sustainable ecosystem that combines CarSharing, Ride-Hailing, Parking, Charging and Multimodality from a single source and is available with just a few taps,” Daimler noted. “The idea is to create the most attractive, most comprehensive mobility solution for a better life in our connected world.”

Smartphone-powered mobility services are changing the way people move around cities. Seattle has become a testing ground of sorts for companies such as BMW, which launched ReachNow in the city two years ago and now operates a shared-car fleet of 720 vehicles. Seattle is also car2go’s largest market, with 127,000 members and more than 700 vehicles.

Lime, the fast-growing mobility startup valued at more than $1.1 billion, recently launched a pilot program for its own LimePod car-sharing service in Seattle. The company also announced this week that it eclipsed two million bike-share rides in Seattle.