As Amazon billionaire Jeff Bezos watched, his Blue Origin space venture sent its reusable New Shepard spaceship to its highest-ever altitude today during a successful test of a rocket motor that’s meant to be used only in emergencies.

The climax of the uncrewed test flight came shortly after New Shepard’s capsule separated from its booster and switched on its 70,000-pound-thrust escape rocket motor.

As planned, the high-altitude firing pushed the capsule past the boundary of outer space, to an unofficial maximum altitude of 389,846 feet, or 119 kilometers. Maximum ascent velocity was listed at 2,236 mph.

Then both the booster and the capsule made picture-perfect landings back at Blue Origin’s West Texas test site, within sight of the launch pad. The entire mission lasted 11 minutes and 17 seconds.

“Anything could have happened today, and this is the best possible outcome,” launch commentator Ariane Cornell said. 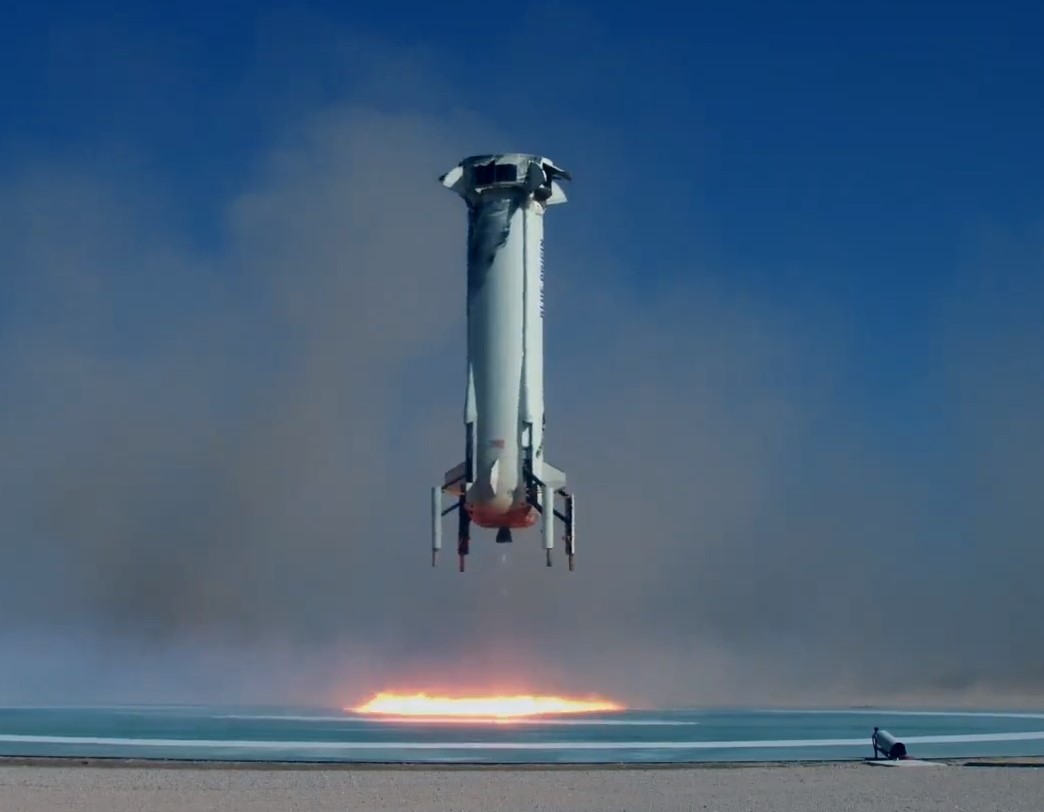 New Shepard’s reusable booster comes in for a landing. (Blue Origin via YouTube) 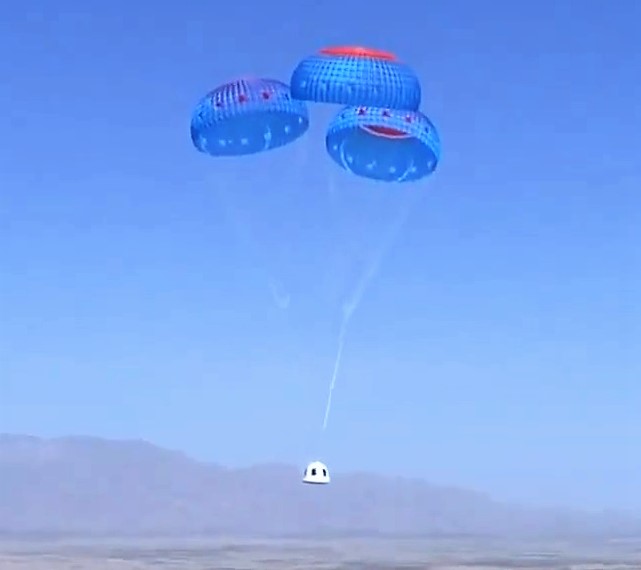 The New Shepard capsule makes its descent. (Blue Origin via You Tube) 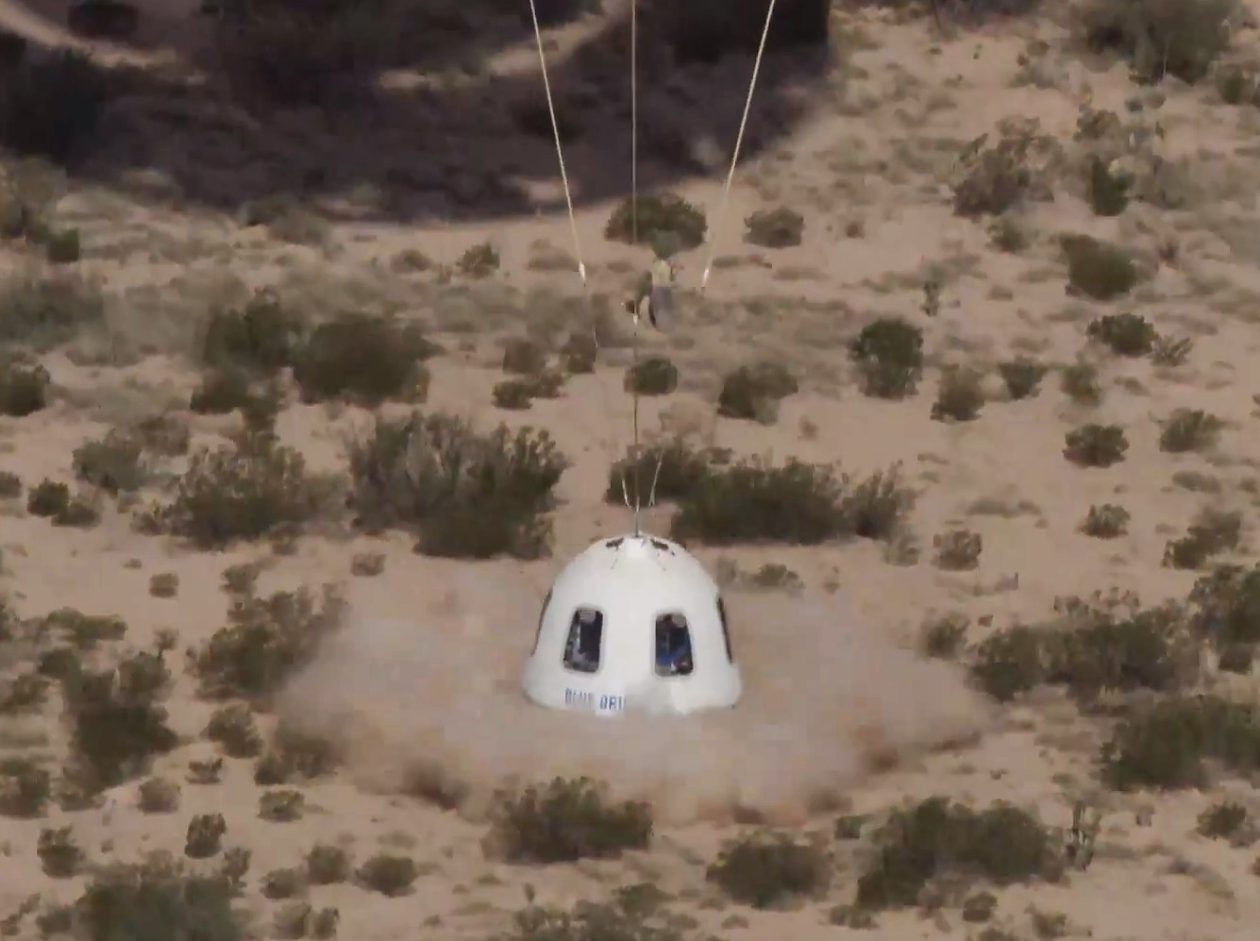 New Shepard’s capsule fires its retros as it touches down for a landing. (Blue Origin via YouTube) 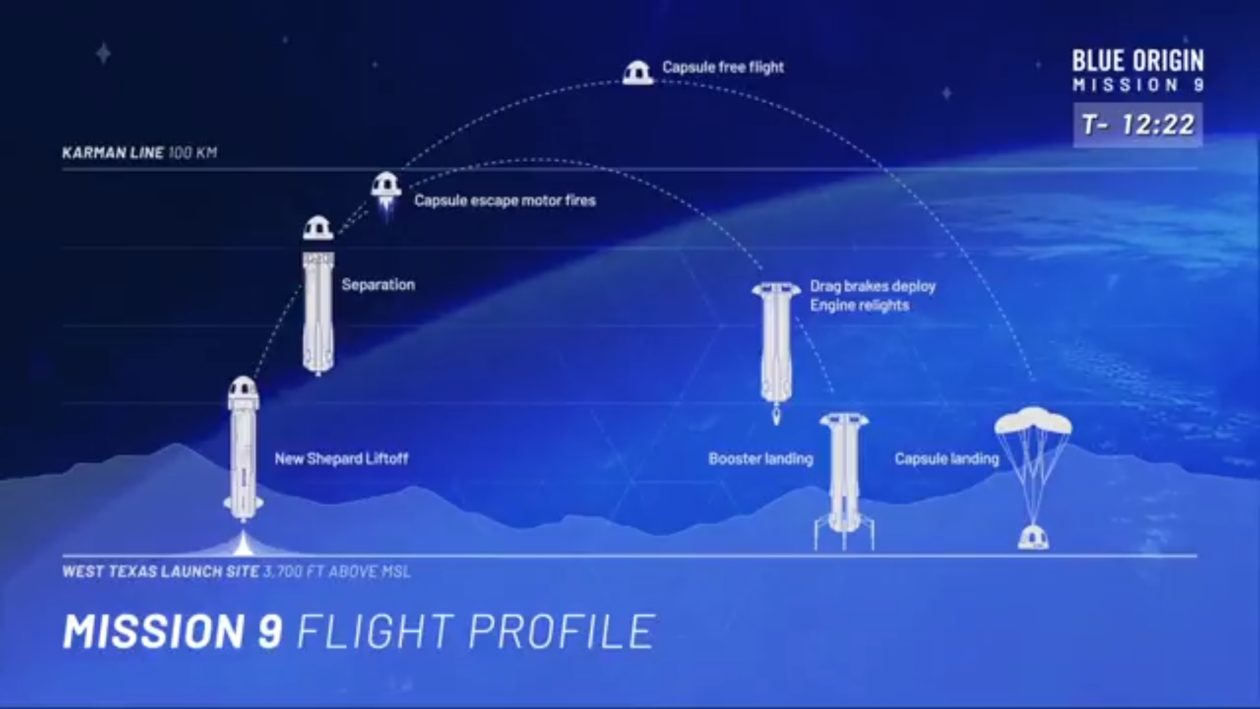 Blue Origin sketches out the flight plan for “Mission 9.” 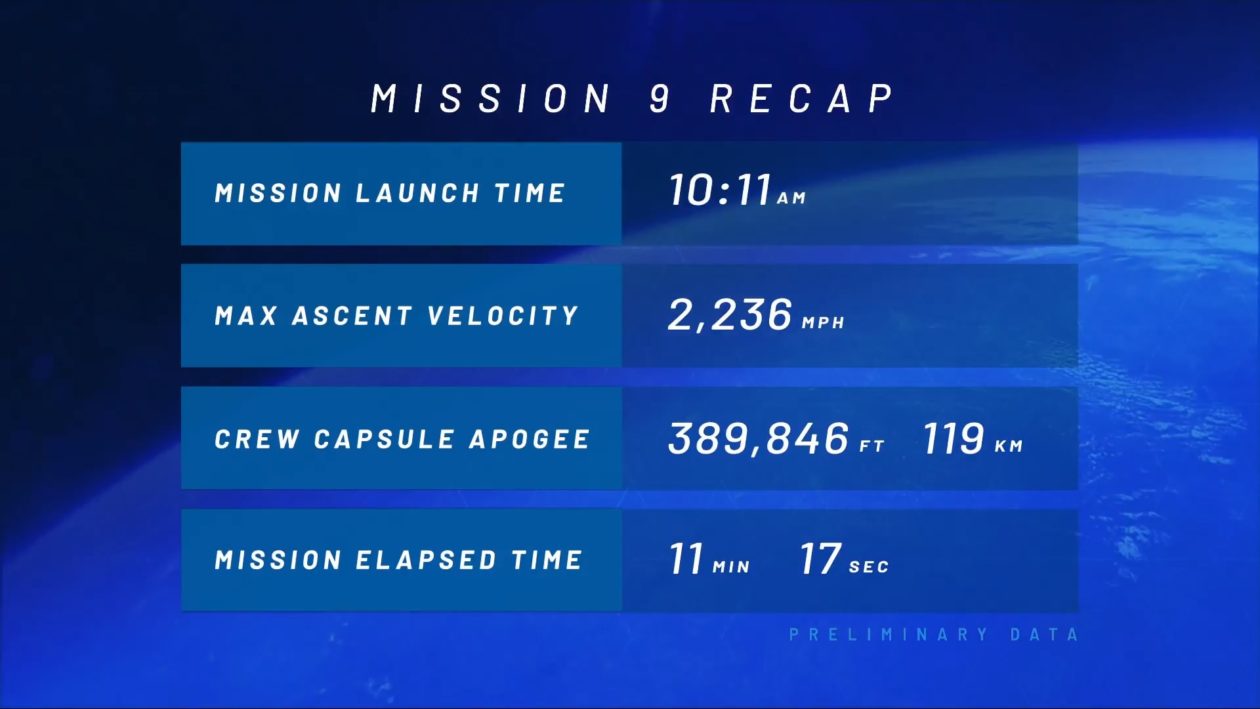 Blue Origin recaps its mission stats, based on preliminary data.

A sensor-equipped test dummy nicknamed Mannequin Skywalker sat in one of the capsule’s seats. More than half a dozen scientific payloads were packed inside as well, plus mementos from Blue Origin employees that were included as part of an internal “Fly My Stuff” program.

Mannequin Skywalker had a smooth landing, Cornell reported. “Just another day at the office,” she said.

Later, in a tweet, Bezos said the capsule looked “great even after it was pushed hard by the escape test.”

“Astronauts would have had an exhilarating ride and safe landing,” he said.

He also touted his lucky boots, which are embossed with Blue Origin’s motto (“Gradatim Ferociter,” Latin for “Step by Step, Ferociously”) and have been worn during previous flight tests:

Crew Capsule looks great even after it was pushed hard by the escape test. Astronauts would have had an exhilarating ride and safe landing. Great engineering and the lucky boots worked again @BlueOrigin #GradatimFerociter pic.twitter.com/ireJ3rWEvs

The escape rocket motor is built into the crew capsule to provide a backup plan in case something goes wrong with New Shepard’s booster. In the event of an emergency, the rocket would light up to push the capsule and its crew out of harm’s way (although the acceleration of up to 10 G’s would make for a rough ride).

Blue Origin tested the motor at a lower altitude during a memorable flight back in October 2016, but the company’s engineers wanted to make sure that the system would work as well at a higher altitude, where the atmosphere thins out to near-nothingness.

To keep the booster from being blasted, Blue Origin programmed the capsule to make a clean separation to a distance of several hundred feet before the escape rocket motor fired up. As hoped, the capsule was able to stabilize itself after the blast for its descent through the atmosphere.

Cornell said the test was an “important step in our march toward flying humans in space.”

Today’s mission marked the ninth flight test for the New Shepard spaceship, and the third up-and-down round trip for the same capsule and booster. The hardware used in previous tests has been retired and put on exhibit at Blue Origin’s Florida rocket factory, where the orbital-class New Glenn rocket will be built.

The company’s Florida team was watching today’s webcast, as was the team at Blue Origin’s headquarters in Kent, Wash., where New Shepard hardware is manufactured.

Blue Origin is expected to conduct several more uncrewed tests in the months ahead, leading up to the first flight with Blue Origin’s test astronauts. That first crewed flight could take place before the end of the year.

Eventually, up to six passengers at a time could get on board the New Shepard spaceship, which flies under autonomous control. Although some reports suggest the price of a ticket could be in the $200,000-to-$300,000 range, Blue Origin says no price has yet been set and no reservations are yet being taken.

“It’s coming,” said Cornell, who’s in charge of astronaut sales as well as launch commentary. “But we’ve got our eyes on the prize.”

An inside look at the Flight Readiness Review leading up to a successful Mission 9 #nevergetsold pic.twitter.com/0FHbBjV8Jt

“This flight is getting us so close to putting humans in space,” Bezos could be heard saying. “It’s a really important flight from that point of view.”

In a follow-up tweet, Bezos passed along the clip and said he was “super proud of the entire Blue team who came together and made it happen.”