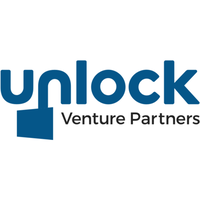 Co-led by longtime Seattle-area entrepreneur and angel investor Andy Liu, the new firm is targeting tech startups getting off the ground in Seattle and Los Angeles. We’ve been tracking Liu’s new firm for months now, and he’s been persistent in not talking about what he’s got cooking: until now.

In an interview with GeekWire, Liu revealed that Unlock has already made nine investments in companies including Possible Finance, Crowd Cow, Atsu.io and Downstream. It plans on having 40-to-50 startups as part of its first $50 million fund, which is backed by more than 70 limited partners primarily from the U.S. and Asia.

“We absolutely believe Seattle represents a tremendous opportunity for investors to get access to great talent,” Liu told GeekWire. “We think the next big companies are going to come from this area.”

Other firms such as Pioneer Square Labs and Flying Fish Ventures think the same thing.

Those firms and others have sprung up recently in the Seattle region, following a thesis that the area — known for tech titans like Microsoft, Amazon, Expedia and T-Mobile — is full of entrepreneurial talent but lacks sufficient local capital. Out-of-town investors are also paying more attention to Seattle, particularly given the rising cost of living in Silicon Valley.

As a Seattle resident for nearly 40 years, Liu knows this well. He was co-founder and CEO of NetConversions, a Seattle startup acquired by aQuantive in 2004. He later went on to launch BuddyTV, an online video portal that was later acquired by Vizio.

In between his own entrepreneurial adventures, Liu made more than 90 angel investments, becoming one of the more prolific individual investors across the Pacific Northwest. But now he’s doubling down.

We hope that capital is taken off the table as one of those risk factors and that we can make more of these bets and create the next Amazon or Microsoft here in Seattle.

Liu sees something similar in Los Angeles. That’s where another Unlock partner, 3-time founder Sanjay Reddy, is based. Rounding out the Unlock team is Raazi Imam, CEO of Caiman Consulting who works out of San Francisco.

Together, the three partners cover the west coast. They see that as an advantage for portfolio companies and founders — in particular, to help them get “above the noise,” as Liu explained.

“It gives our companies an edge in terms of feet on the ground,” he said. “It helps with finding anchor customers, a key hire, or next round of funders. It really gives our entrepreneurs a real shot at building something significant.”

Unlock will focus on startups building products and services in digital media, fintech, video, and software-as-a-service, with a specific emphasis on the use of machine learning, artificial intelligence, and data.

“We are going to uncover every opportunity we can, and that definitely includes diversity as well,” Liu said.

Liu said he expects more tech investor dollars to flow into Seattle and Los Angeles-based companies. From there, the growth of each startup ecosystem depends on community and culture, he said, and whether or not talented workers at places such as Amazon or Microsoft are willing to leave their high-paying, less risky gigs.

“It’s just a question of, do we have that culture of risk-taking in Seattle to build great companies, and will people take a jump off the deep end of the pool and leave their comfortable job to pursue that dream,” Liu said. “We hope that capital is taken off the table as one of those risk factors and that we can make more of these bets and create the next Amazon or Microsoft here in Seattle.”