UPDATE, noon: There’s now a line of people around the block. See pictures below.

A crowd of people lined up this morning in Seattle to be the first members of the public to try Amazon Go, the tech giant’s new retail store that redefines the concept of “grab and go” — letting customers take items off the shelf and walk out without going through a traditional checkout line or register.

Based on interviews with people entering and exiting the store, the “Just Walk Out” technology appeared to work flawlessly in its public debut. Amazon uses color cameras and depth sensors in the ceiling of the store to track which items people pick up and take with them, automatically debiting their accounts.

With several dozen people inside the store after the 7 a.m. opening, GeekWire tested the system by picking up one type of salad and putting it back, and then taking a different type of salad from the shelf above it before leaving the store. The receipt, which showed up in the Amazon Go app in our phone a few minutes later, accurately reflected the 11 oz. Jerk Chicken Caesar Salad that we purchased for $6.99 plus tax, not the other salad we originally grabbed. 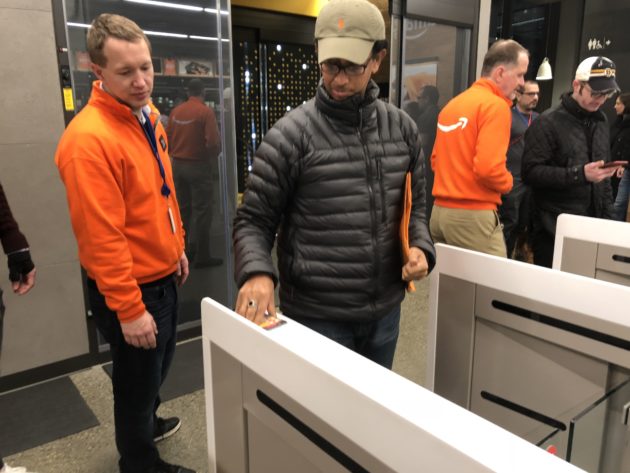 At times, journalists seemed to outnumber customers inside the store, and outside line was clear by the time we left about an hour after the opening.

UPDATE: Here’s the scene outside as of noon Monday, via GeekWire reporter Nat Levy. 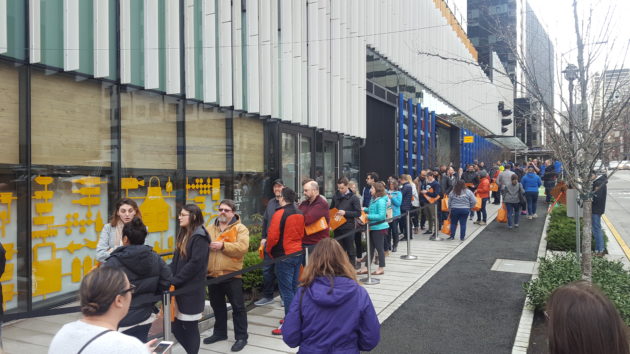 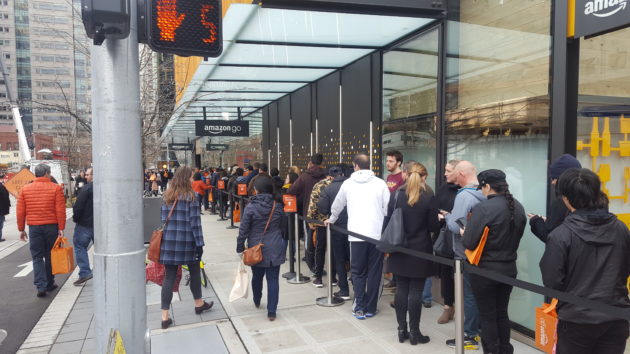 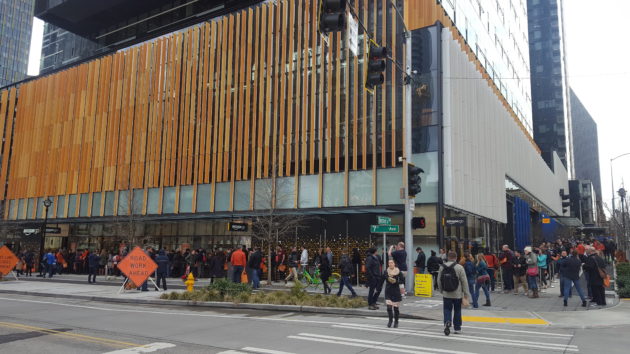 See our coverage below for more details on the store, and check out the video above for highlights and customer reaction.