The Seattle City Council unanimously approved a motion that establishes a timeline to begin consideration of an income tax bill by May 31, with a goal of passing the legislation by July 10. The motion includes few details about what the income tax would look like, but city lawmakers have repeatedly said that it will target Seattle’s wealthiest residents and spare ordinary working people. The law will almost certainly be challenged in court, as Washington state’s constitution forbids local jurisdictions from imposing an income tax. [MyNorthwest.com, GeekWire]

Is the West Coast ‘the most powerful opposition party’ to Trump? 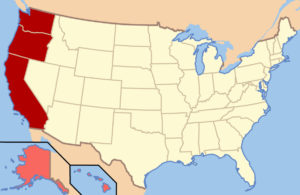 Pulitzer prize winning author Thomas Friedman thinks so. In a column for The New York Times this week, he argues California has far better odds in the fight against President Donald Trump’s agenda than the Democrats, due to the state’s dominant role in the U.S. economy. California’s booming technology industry, agricultural dominance, and liberal politics give it considerable weight in the ring with the president. Friedman makes a strong case, without even considering what might happen if Washington and Oregon — which also boast strong high-tech and agricultural industries and left-leaning electorates — joined the fight. [The New York Times]

Seattle Mayor Ed Murray is asking for public feedback on two proposals to renovate KeyArena in the hopes of bringing NBA and NHL teams to the city. Both proposals are online and the city is accepting public comment from the community here. City staff will host a public open house May 11 to address questions residents might have. [GeekWire, Seattle P-I]

An ‘omnibus’ of pot legislation awaits the Governor’s signature

The Washington state legislature passed a fatty of a marijuana bill over to Gov. Jay Inslee at the close of the regular session. The so-called “omnibus bill” reforms a wide range of cannabis-related laws in the state. If signed, it would instruct the Washington State Liquor and Cannabis Board to study the possibility of legalizing home growing, allow medical cannabis users to buy pot plants and seeds directly from producers, create a certification program for organic growing, expand the number of pot dispensaries retailers can operate to five, legalize industrial hemp production, and place new restrictions on advertising pot on billboards. Also, it’s apparently been illegal to puff, puff, pass in Washington this whole time. The bill would undo a state law that prohibits sharing of pot with anyone, even if all parties are of age. [The Stranger]

This item has been updated with the correct contents of the omnibus bill. It would not legalize home growing but would begin studying the possibility of allowing residents to grow cannabis.

The Northwest gets its own music and technology summit 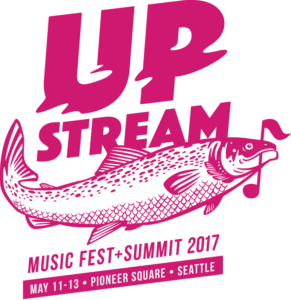 The inaugural Upstream Music Fest and Summit is taking over Seattle’s Pioneer square neighborhood this coming week. Microsoft co-founder and lifelong music geek Paul Allen is throwing the event May 11-13. The three-day festival is attempting to become the Pacific Northwest’s answer to South by Southwest — bringing together artists and technology leaders for a conversation about innovation and music. The event will also include a startup showcase highlighting Seattle companies in digital media. Meanwhile, as Upstream approaches, some local artists are petitioning Allen’s Vulcan to develop the Central District in a manner that will keep the neighborhood affordable to local artists.  [Seattle Weekly, GeekWire]

Washington state lawmakers have floated two bills that would tie Boeing’s tax breaks to its workforce. If passed, Boeing would need to employ a minimum of 70,000 workers in the state to maintain its current tax rate. The rate would increase if Boeing’s employees drop below that number. Dropping below 70,000 employees would also dramatically decrease a tax credit the company has been able to claim in the past. Any money the state would receive as a result would go toward funding education. The bills are gaining traction due to ongoing layoffs from the aircraft maker. [The Seattle Times]

We’re smack dab in the middle of Seattle Beer Week and there’s still time to catch tons of the festivities. The Stranger has a full list of events celebrating Seattle’s favorite adult beverage. Our personal favorite? The Bale Breaker Boat Bash. Bale Breaker brewery is hosting a “floating dance party” aboard the Lady Mary with unlimited beers and El Camión tacos. [The Stranger]