Want to be a science fiction or fantasy writer? You’d better sit down.

That’s the advice from Cat Rambo, a Seattle writer with more than 200 published short stories to her credit. “I would suggest that they put their butt in their chair and start writing,” Rambo said. “That they read the magazines that they want to send stuff to in order to see what kind of stories are being published there. And that when they sit down to write, that they write the sort of story they want to read.”

Rambo has a lot of experience giving advice to budding writers. As president of the Science Fiction and Fantasy Writers of America (SFWA), an association of professional writers, she deals with nascent, and newly published, writers on a regular basis.

Rambo, who has been nominated for the Nebula and World Fantasy Awards herself, sat down with GeekWire for an episode of a new podcast series on science fiction, pop culture, and the arts, delving in to topics including the craft of writing.

Rambo said of the three bits of advice for newbies, writing the story one wants to read is probably the most important. And if you want to write short fiction, it’s a good idea to read some of the masters of the form. 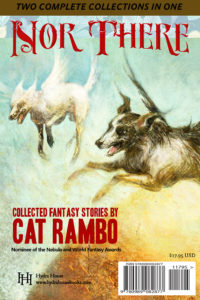 “A couple of short story writers that are in the field and well-respected but just don’t get enough love ever are Terry Bisson and Howard Waldrop,” Rambo recommended. “If you want to write short stories, the best thing you can do is read really great short stories. And those are both people that I would send folk to.”

But are writers’ workshops necessary for new writers?

“I don’t think it’s crucial,” Rambo advised. “I mean certainly not mandatory but it is helpful. And I think the thing that it’s helpful is it gives you a tribe of 17 other people whose victories you can cheer on and who will cheer you on. You learn a great deal at Clarion West.”

There is also a business to being a writer. And if short is your chosen form, be prepared to do something else — anything else — to make ends meet.

“I’m going to say this with some authority, is that no one is going to make a living off short fiction writing unless you are willing to bring your standard of living down fairly low,” Rambo said. “You could live in a hut on lentils on the proceeds of short story writing. This is conceivable. But if you like a cell phone and cable television and — I don’t know — like supporting your family, it may not be the best career choice.”

Rambo makes it work by teaching online classes, by editing, by writing longer form (she has two novels, the second of which is coming out this fall), and by publishing a book of non-fiction. “And I have the Patreon,” she added, an online support-the-artist website and program. “Basically people can subscribe and for like a dollar a month or two dollars a month they get access to snippets and stories and funny pictures of my cats and things like that.” 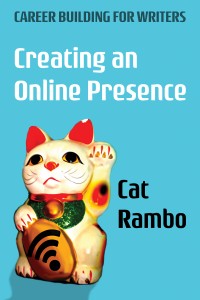 Plus there are book-length collections of Rambo’s short stories, the most recent of which are Neither Here Nor There (from Hydra House) and Altered America: Steampunk Stories (independently published by Rambo as Plunkett Press).

It’s hard not to notice that the Seattle area is home to a number of working writers of fantastic, and nuts-and-bolts speculative science, fiction. Rambo said there are several factors that make Seattle appealing to SF and fantasy writers.

“I think part of it is Clarion West brings a lot of people, and it brings them in in the summer. And so they go ‘Oh the weather here is so amazing,'” Rambo said. “I always tell them to come back in the winter. But I think a certain amount of people sort of end up here also because Seattle is wonderful. It just has a lot of interesting stuff and it has a lot of weird little angles.”

As to the region’s legendary rain and grayness helping the creative process, that may be as much myth as reality.

“I think that’s going to depend on the person,” Rambo concluded. “I think for some people it’s a definite downer and that’s something that they need to take into account.”

Listen to the entire interview — including Rambo’s thoughts on the role of SFWA for writers and readers, the new game writer Nebula award, and diversity in science fiction and fantasy  — in the GeekWire podcast above.