Sure, part of the point of innovation is to improve upon an idea that may already be a thing. But a Pause Pod — designed as a private pop-up space for meeting your relaxation needs — is still just an inside tent. My kids build them with blankets. Sometimes they’re called a “fort.”

A recent post on Twitter by @HopeStillFlies caught our attention by calling out “The Four Horsemen of The Bubble of Silicon Valley Venture Capitalists.” With more than 44,000 retweets and 83,000 likes, other people seemed to get a kick out of the joke, too.

Here are the tweets, name dropping companies and products that appear to recreate a minibar, a hotel, a tent and a bus: 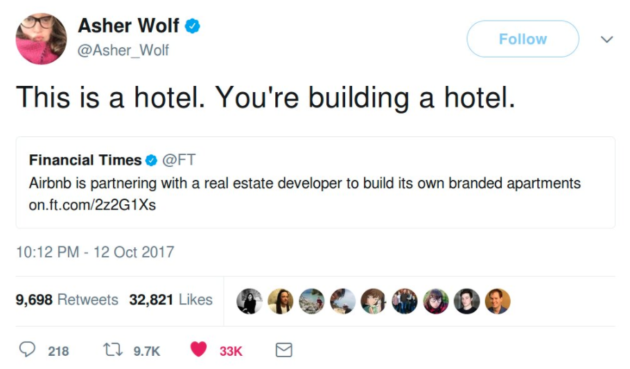 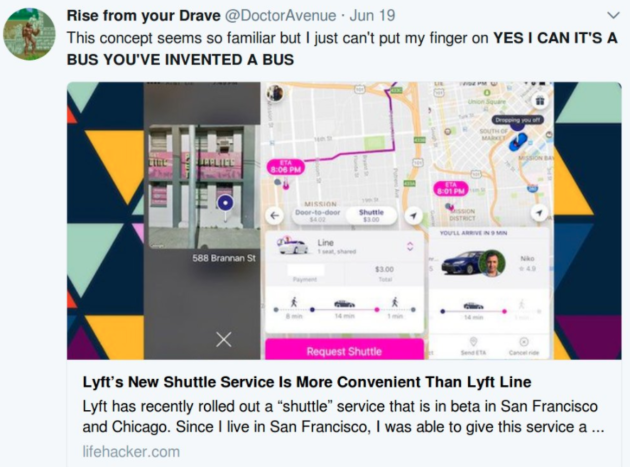 Things get fun in the replies as more folks on Twitter point out items that have been around for years, because the idea was already thought of by someone else.

Friend: You can now order a tiny house on Amazon.
Me: Pretty sure Sears Roebuck did that in 1910.

What about Amazon opening physical bookstores?

Also, the GIF replies are great because GIFs are almost always great. Who invented the GIF? More people need to copy that person.