The Seattle startup topped a new list published by the NFL that shows the results of its 2017 Helmet Laboratory Testing Performance Results.

The league worked with the NFL Players’ Association and its biomechanical experts to assess 33 helmets that could be worn in the upcoming 2017 season and determine which was best at reducing head impact severity experienced by NFL players during games.

Vicis’ ZERO1 helmet ranked No. 1. The helmet, which features a unique outer shell material designed to mitigate the forces thought to cause concussions, retails at $1,500 and several NFL and NCAA football teams are expected to equip their players with it this upcoming fall season. 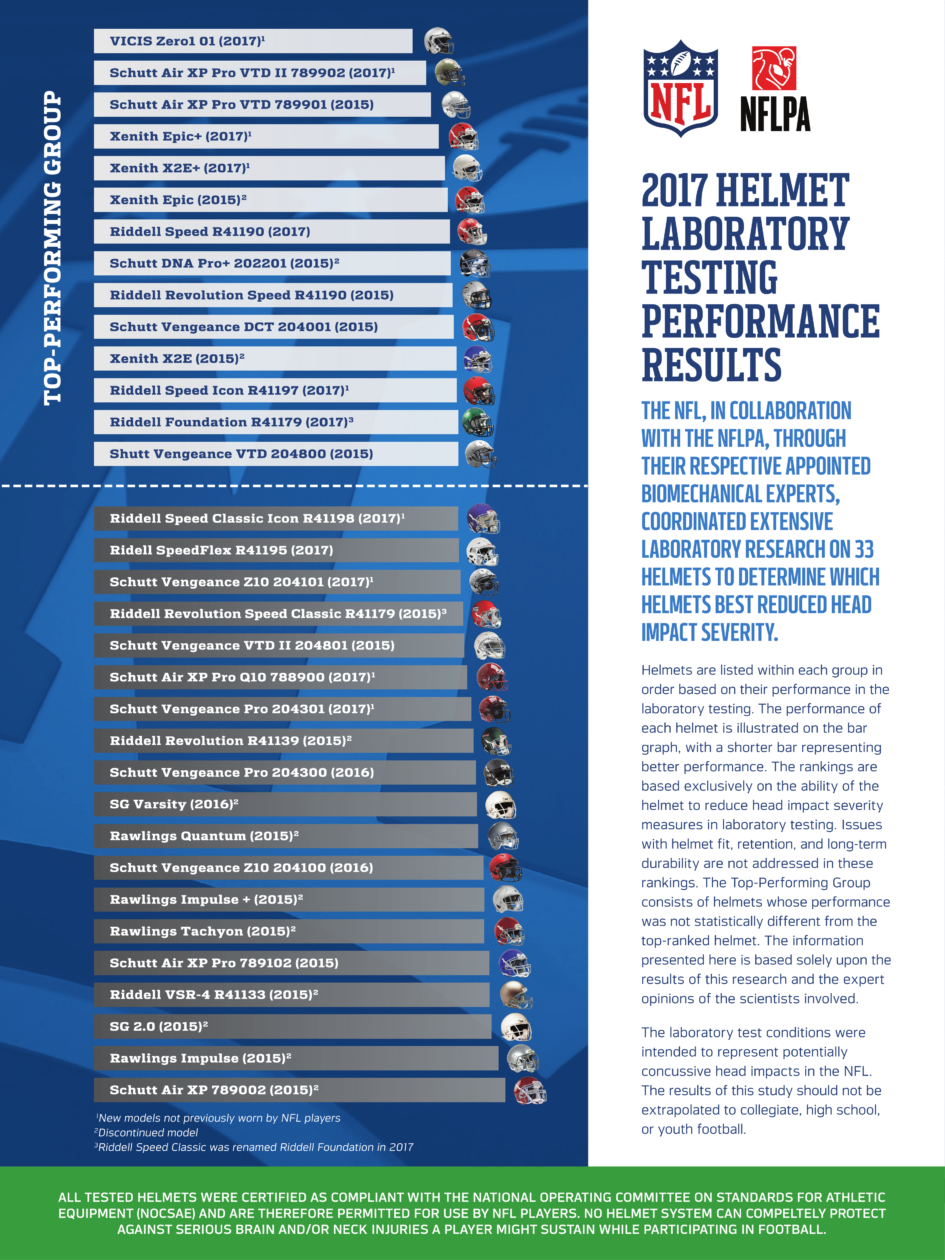 The NFL notes that this study is one component of a player’s assessment when picking a helmet; other factors like fit, player position, and past medical history also contribute to the decision. The league added that the “top performing group” on the list above, which includes helmets from companies like Schutt, Xenith, and Riddell, “consists of helmets whose performance was not statistically different from the top-ranked helmet.”

The test was specifically designed to simulate NFL conditions and isn’t meant to be applied to collegiate, high school, or youth football.

“Our team is proud to have developed the top ranked helmet in this year’s NFL/NFLPA testing,” Vicis CEO Dave Marver told GeekWire. “We’re excited to see our helmet on NFL and NCAA playing fields this year, protecting athletes and allowing them to perform at their best.”

Vicis has raised nearly $30 million from former NFL players, top biotech veterans, and other investors over the past four years. The company, one of three winners in the NFL’s Head Health Challenge II, spun out of the University of Washington in 2014.

This past fall, the University of Washington and University of Oregon football teams wore the ZERO1 helmets, but Vicis pulled the helmets after player complaints about forehead pressure and a “higher than expected frequency of upper chinstrap disengagement.” Vicis has since addressed those issues and the helmet will be used on the field next season.

Vicis now employs 50 people and recently opened up a production facility in Seattle. The company has also received certification from The Safety Equipment Institute, which noted that Vicis’ helmet meets the National Operating Committee on Standards for Athletic Equipment (NOCSAE) performance standard for football helmets.