Federal agencies and officials have a lot on their plates these days, but a report from a Washington, D.C.-based think tank points to another issue that should be getting their attention: upgrading the government’s websites to better meet the needs of US citizens.

The study from the Information Technology and Innovation Foundation (ITIF) finds that 92 percent of popular US government websites fall short in at least one of several key areas: security, page-load time, mobile-friendly design, and accessibility.

There are exceptions. For example, at a time when the political debate in Washington, D.C., is focusing on the future of Obamacare, the two top-performing government websites — healthdata.gov and healthfinder.gov — provide information on health care.

But some of the most noteworthy failures were at the Internal Revenue Service (which failed the accessibility test for users with disabilities, along with 42 percent of the other government sites tested in the study); and the Department of Defense and United State Courts web sites (which, along with 33 percent of the other tested sites, failed a security-related test for Secure Sockets Layer (SSL) certificates). Meanwhile, some of the websites you would expect to perform well on tablets and mobile phones – such as the National Weather Service site at weather.gov – rated a fail for mobile-friendliness.

According to report authors Alan McQuinn and Daniel Castro, federal government departments have a lot of work to do to revise their major websites to make them safer and more usable for citizens. In the report, they call on the new Trump administration to take six actions to remedy the security, performance and usability of government websites:

Lessons from the Obama Administration

The report cites work done by the Obama administration to show how some of these issues could be tackled. The report says, for example, that after U.S. Office of Personnel Management (OPM) suffered a major data breach in 2015 that compromised the personnel records of more than 21 million people, the Obama administration initiated a “30-day cybersecurity sprint,” to get federal agencies to take specific steps to secure sensitive information within 30 days.

“The White House should launch another series of sprints to address known problems on its most popular websites, especially those where federal agencies fall short on requirements to meet security and accessibility standards,” recommend the authors in their report. “Federal agencies should also develop and implement a plan to address any issues identified during the sprint that are not resolved by its conclusion.”

At a panel discussion following the release of the report, several public sector experts from US major technology companies also weighed in with their advice on how the government should deal with the shortcomings of its websites. Most of them hit on a single theme: start thinking more like a citizen when designing your sites.

According to John Landwehr, Adobe Vice President and Public Sector CTO, some of that work isn’t very complicated. “The best test for anyone in government is to check their web site on their own smartphone,” he said, also suggesting that government web site producers need to do more end to end testing of their sites on mobile devices. “Not only should it render (on a mobile device), but all the transactions and processes that the web site supports – everything the web site does – needs to render on the mobile device: not just home page.”

One of the things I think we need to look at is whether these websites are being built to be government-centric or citizen-centric.

Brett McMillen, general manager of the civilian government group at Amazon Web Services, said that government website designers also need to think about the effectiveness of “task completion” — how well do they help citizens accomplish the tasks that caused them to visit the site in the first place.

“One of the things I think we need to look at is whether these websites are being built to be government-centric or citizen-centric,” he said. “For example, the VA (veteran’s administration) has lots of different groups doing everything from to helping people get an appointment at a center to helping with PTSD to cemetery services, etc. They had more than 1,000 websites. A lot of these websites were working fairly well, but the problem is that if you’re a veteran, you have to understand the structure of the VA before you can figure out which website to visit to get the services you need. So the VA said they were going to come out with one web site called VA.gov and that’s going to be a central landing page where people can now get to the places they need to.” 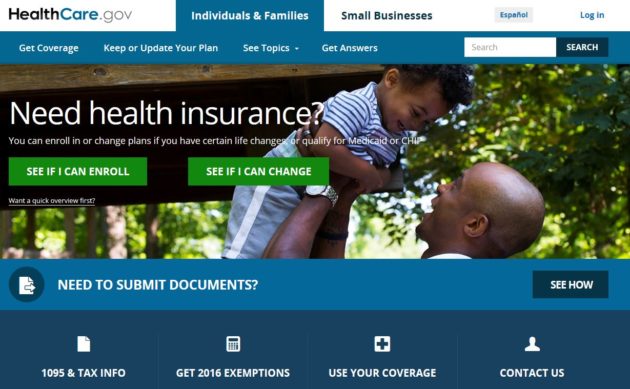 Chris Neff, VP of marketing for NIC Inc. (which runs the egov.com web site and provides digital government services throughout the country), said that governments have learned from some of their mistakes – including those of healthcare.gov, which have been well-documented.

“The best lesson learned is having one person in charge and a very clear of idea of what the mission is,” he said. “You also need an understanding that if the mission cannot be fulfilled with the technology that’s being proposed, and that timeline that’s been published, everybody needs to get back together and reconsider, rather than rushing for a launch that’s not going to be successful.”