Jon Chambers was truly blown away. The Seattle dad who wanted to create something cool for his kids for Halloween ended up crafting the go-to attraction for Seattle and beyond with his driveway version of Diagon Alley from the Harry Potter book and film series.

With cars jockeying for parking on the quiet street in the city’s Ballard neighborhood, and trick or treaters lined up down the block, Chambers and his family welcomed more than 2,500 people onto their property Tuesday night.

Through an opening in a fake brick wall, a smoke machine created a fitting atmosphere as visitors, many dressed as Harry or Hermione or other characters, gawked at the facades lining the fictional street of shops.

Chambers’ labor of love, made while the tech worker is between jobs, was created in just two weeks with donated labor and supplies from friends and community members.

Details came together in a rush of design and carpentry work in just the last couple of days. Chambers printed elements above doorways — such as the scissors of Madam Malkin’s or the golden snitch of Quality Quidditch Supplies — with his own 3D printer.

A friend who is a metal worker made all of the signs. A neighbor up the street who illustrates children’s books made chalk illustrations on all the windows. An old high school friend made vinyl-lettered shop names. 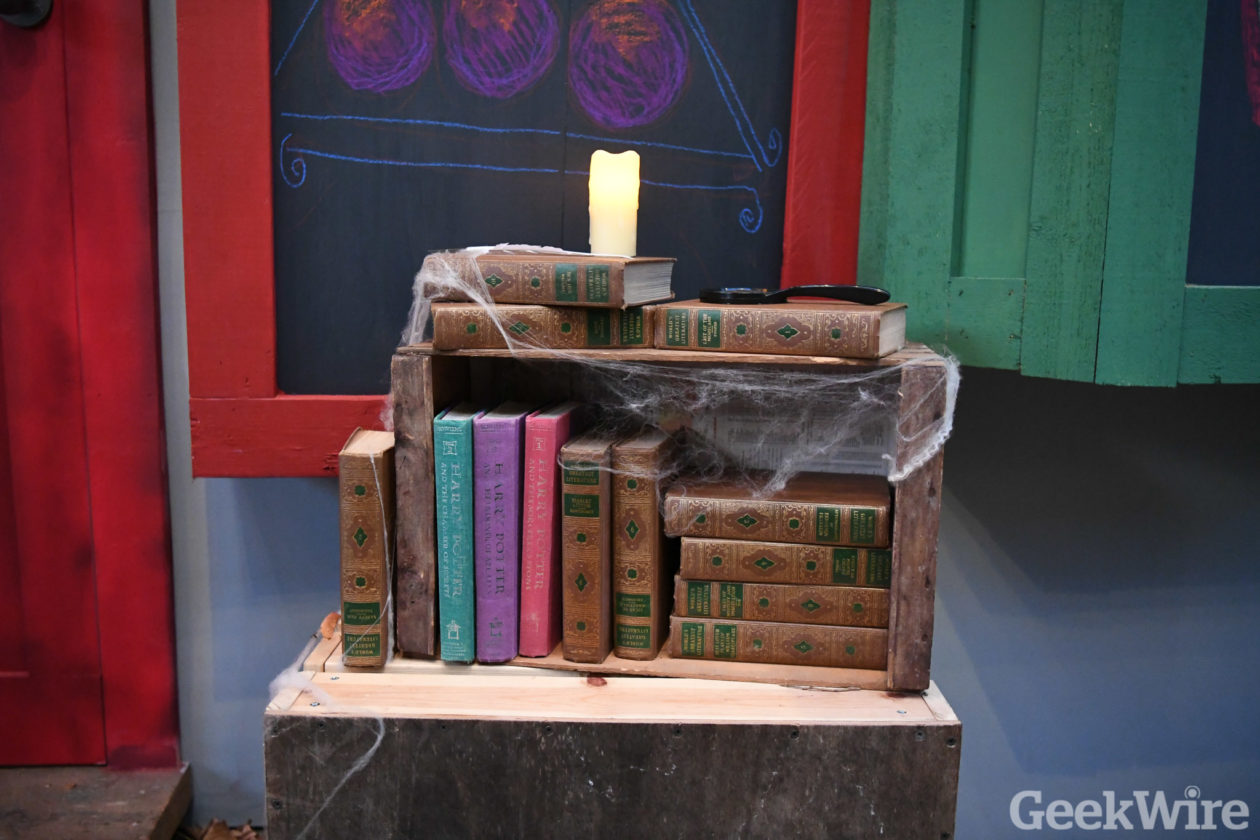 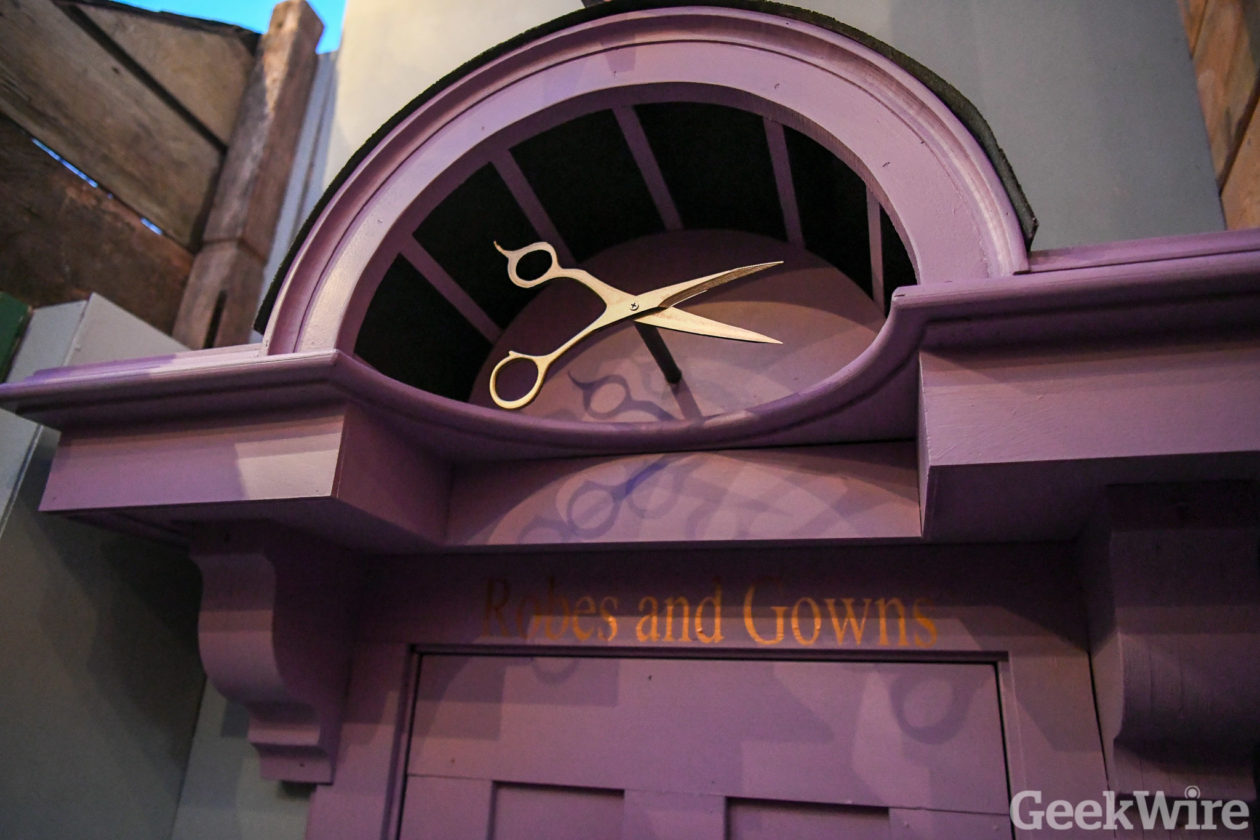 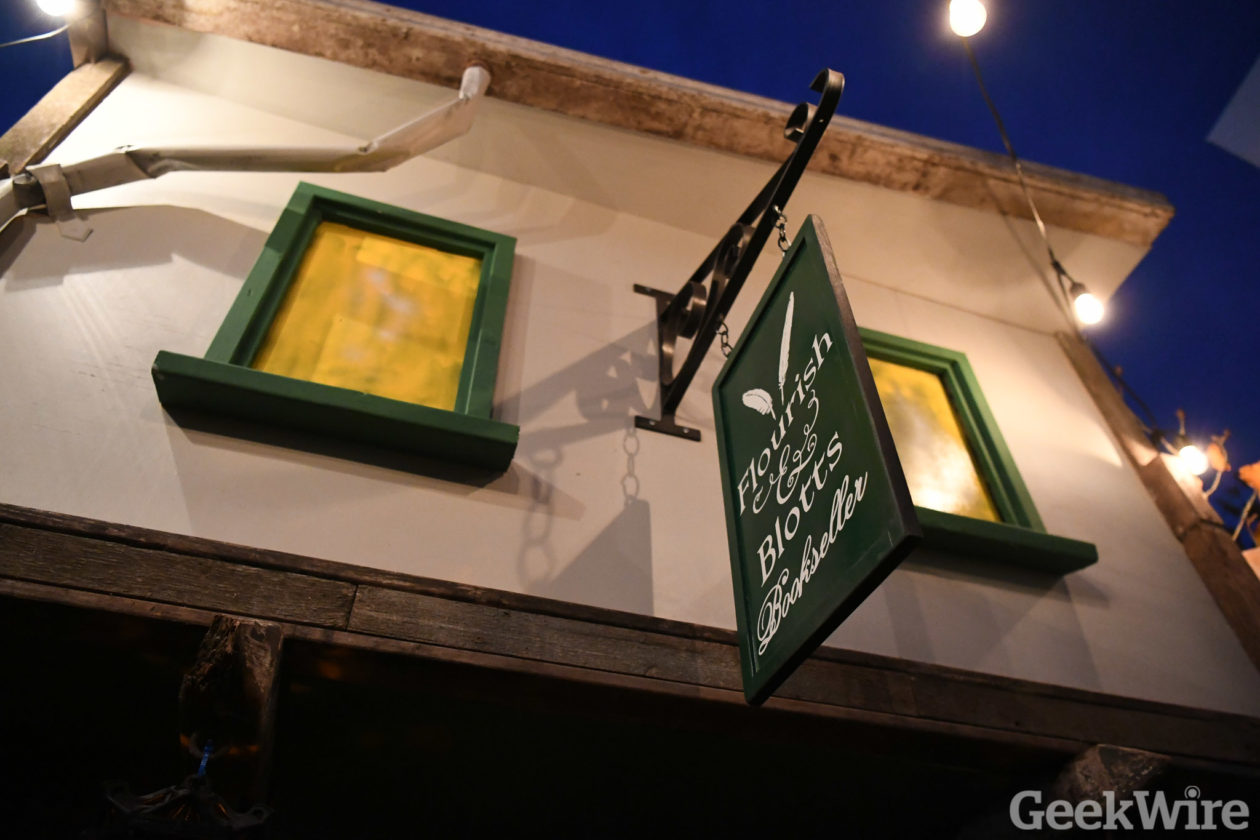 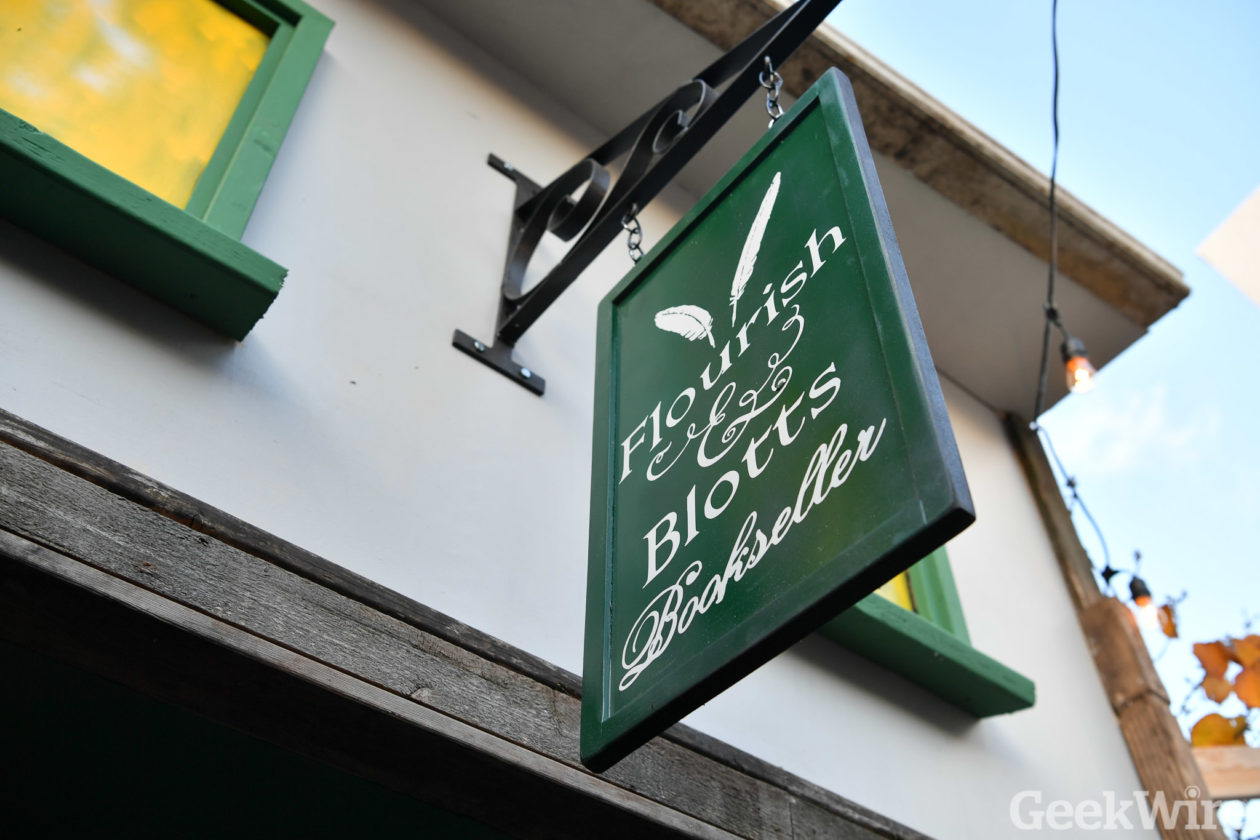 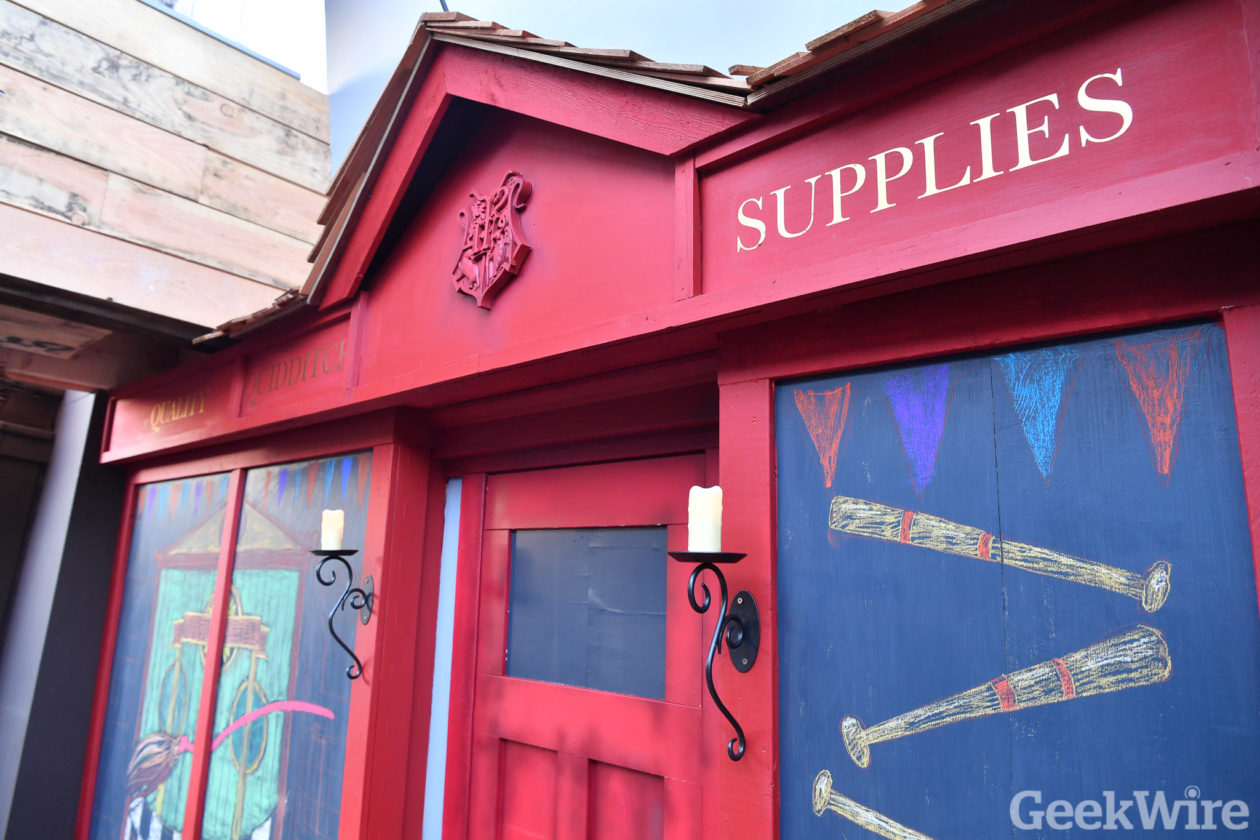 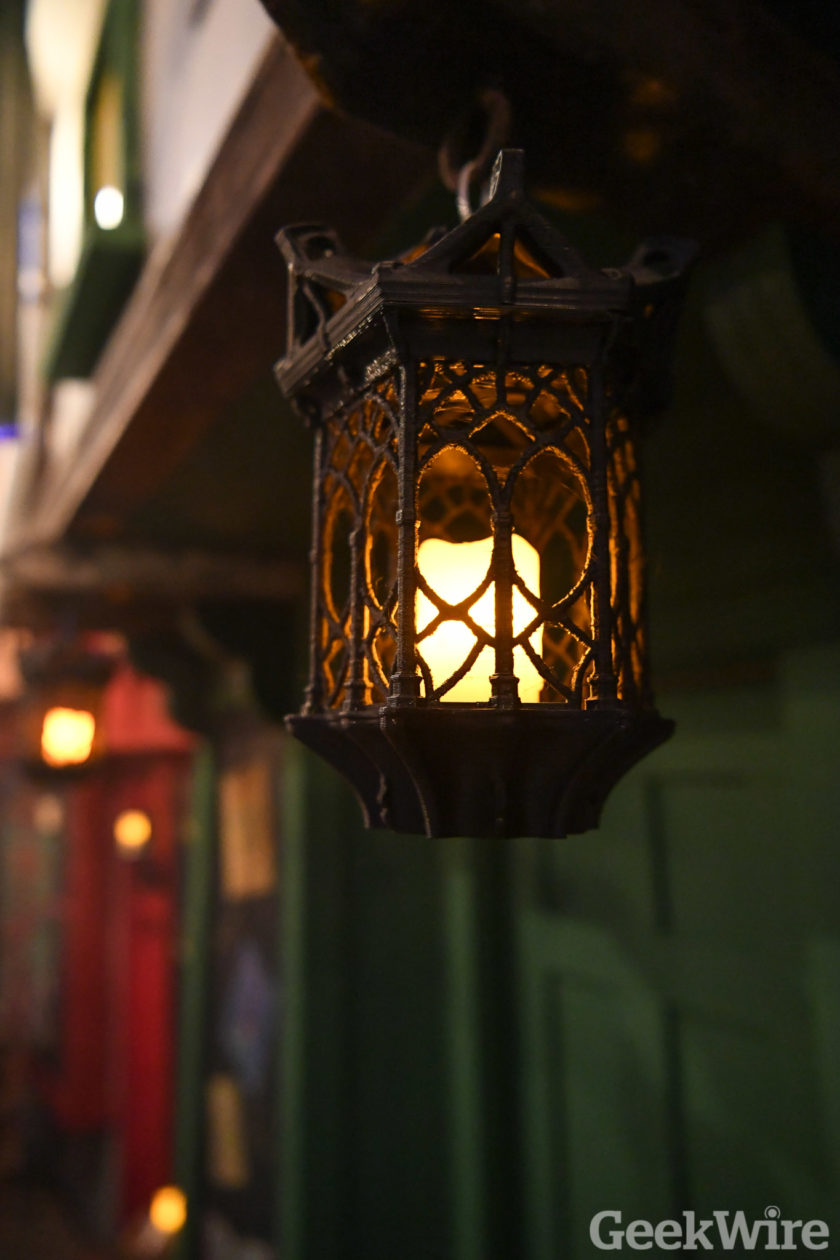 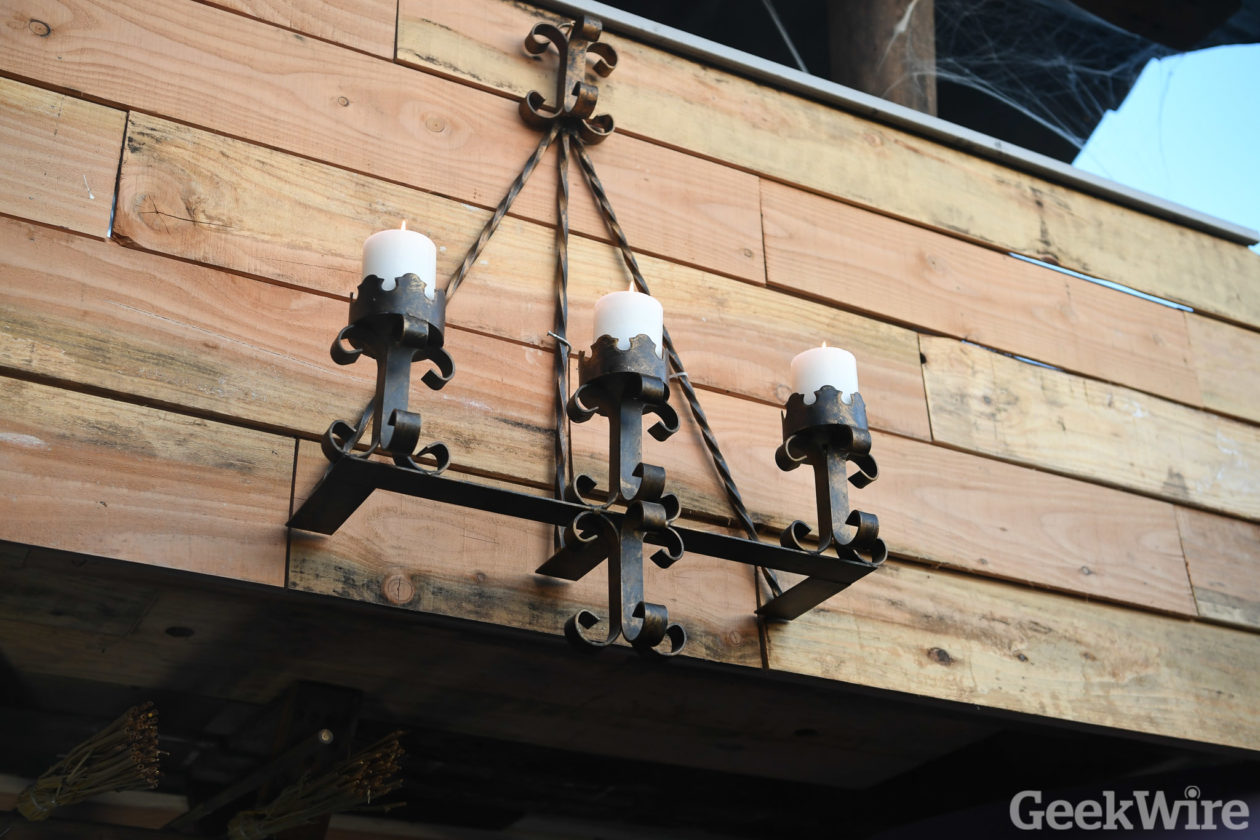 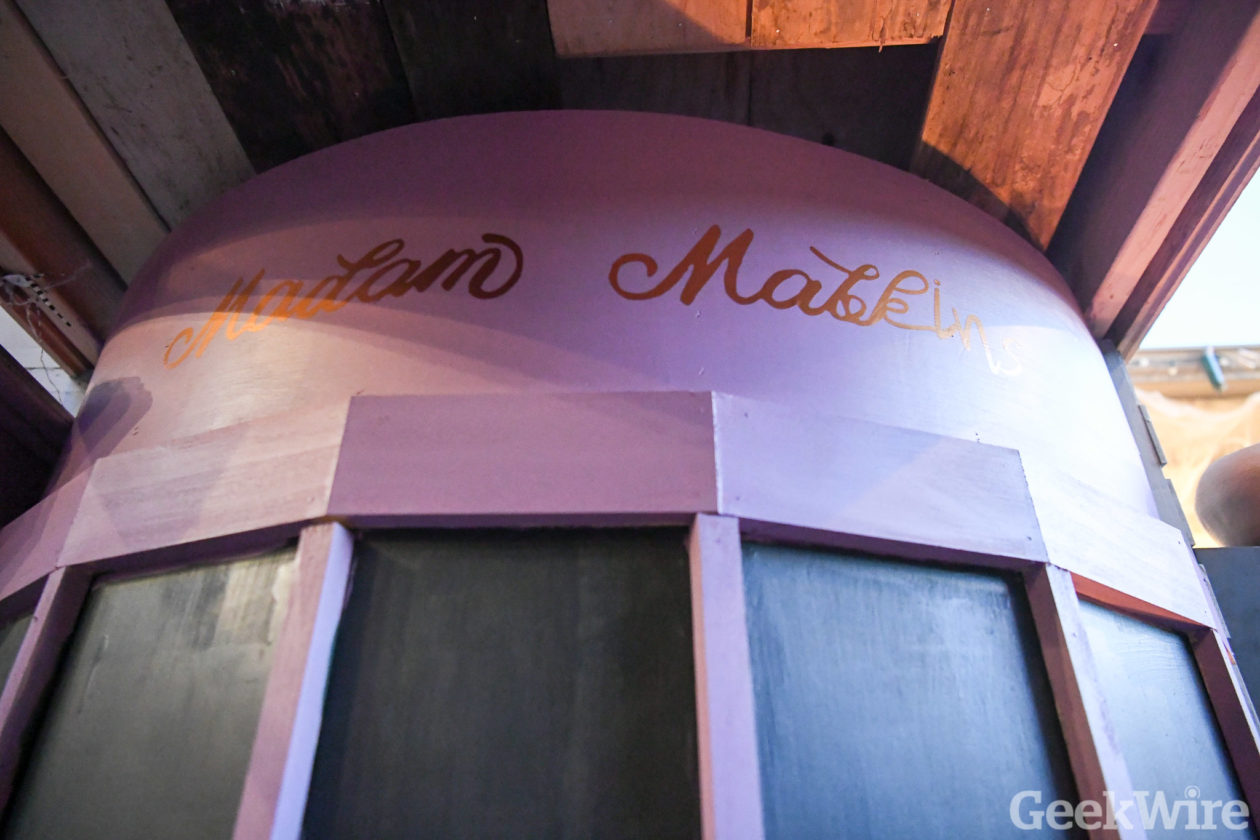 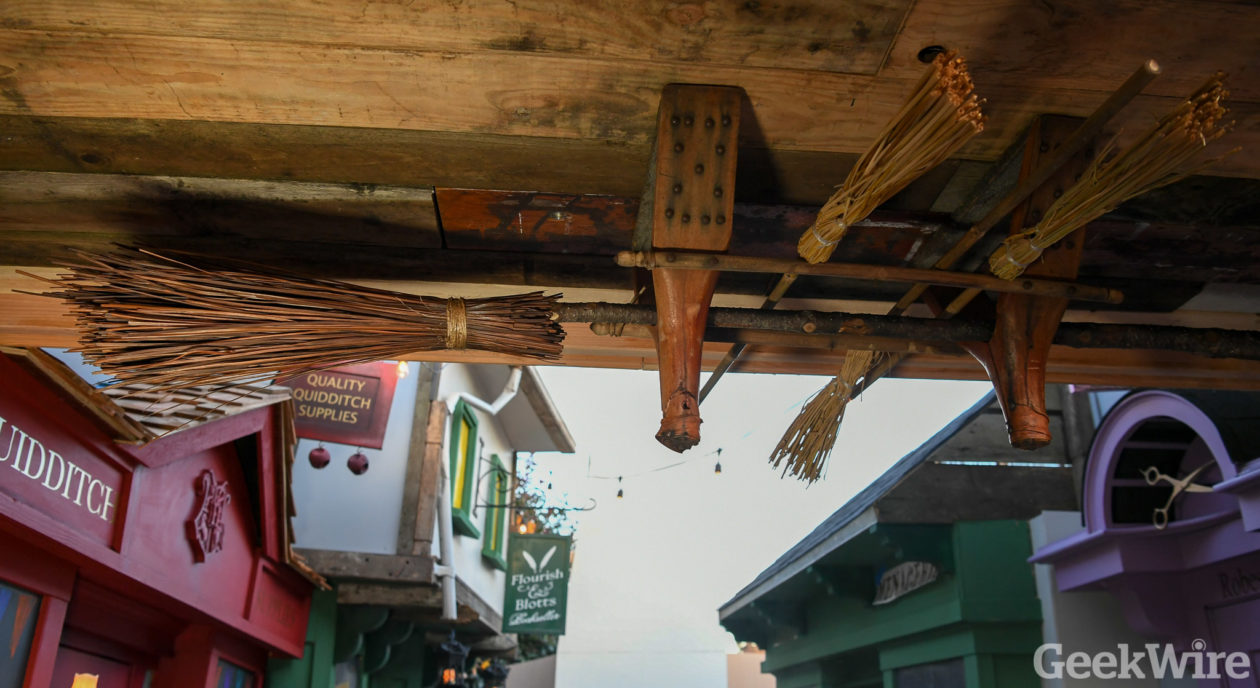 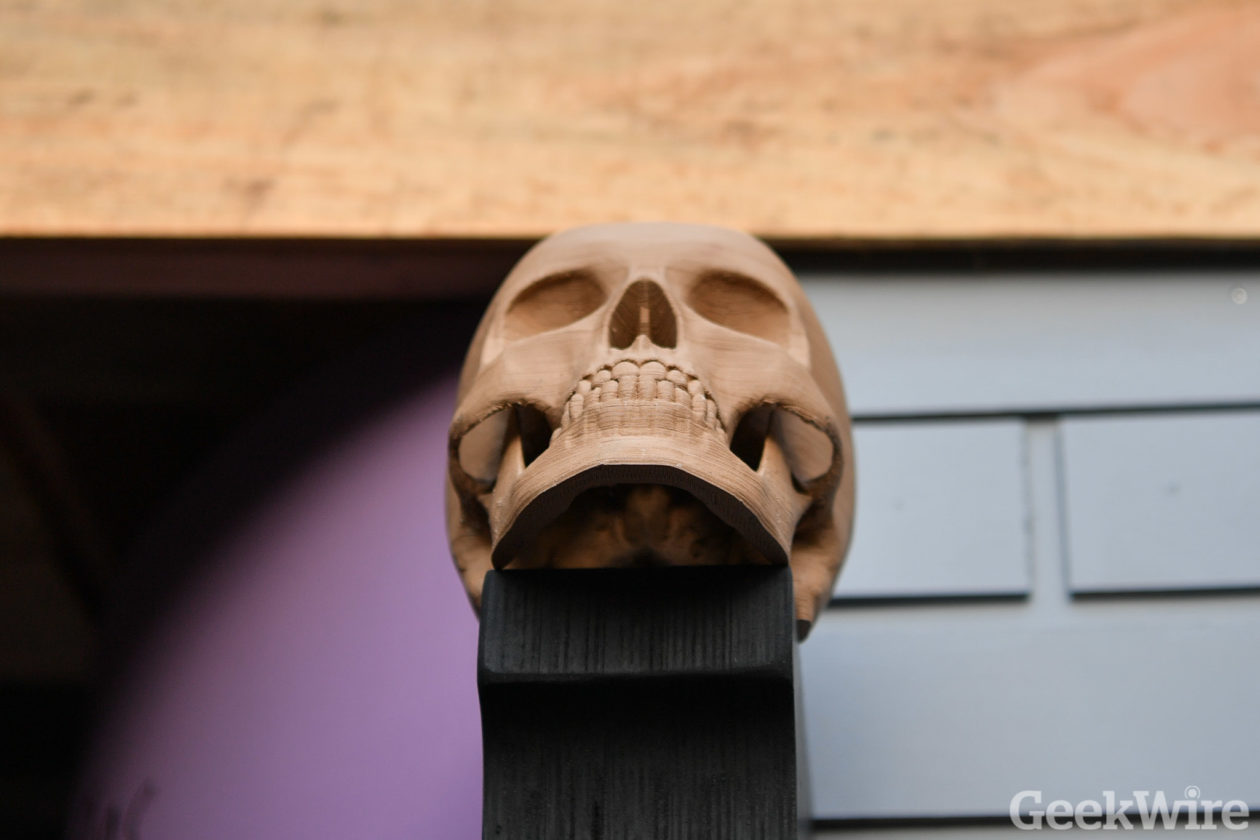 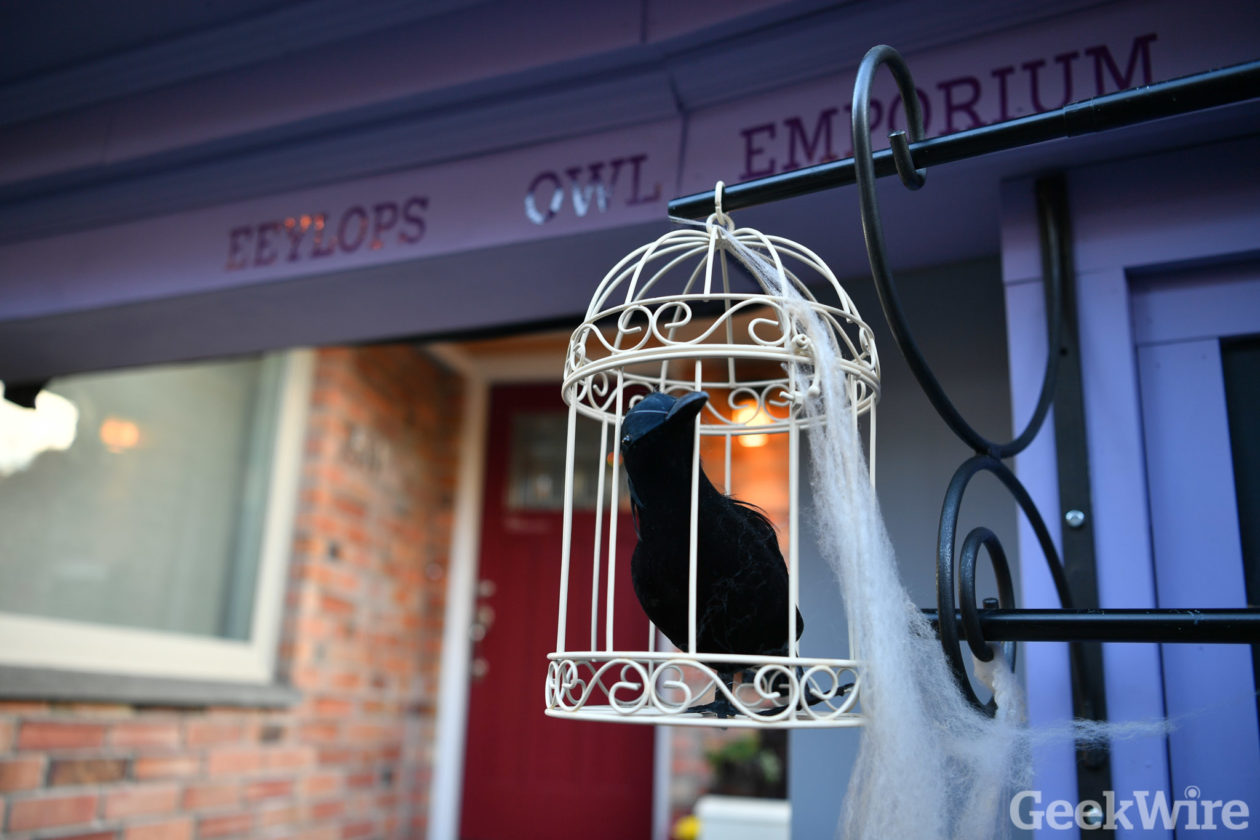 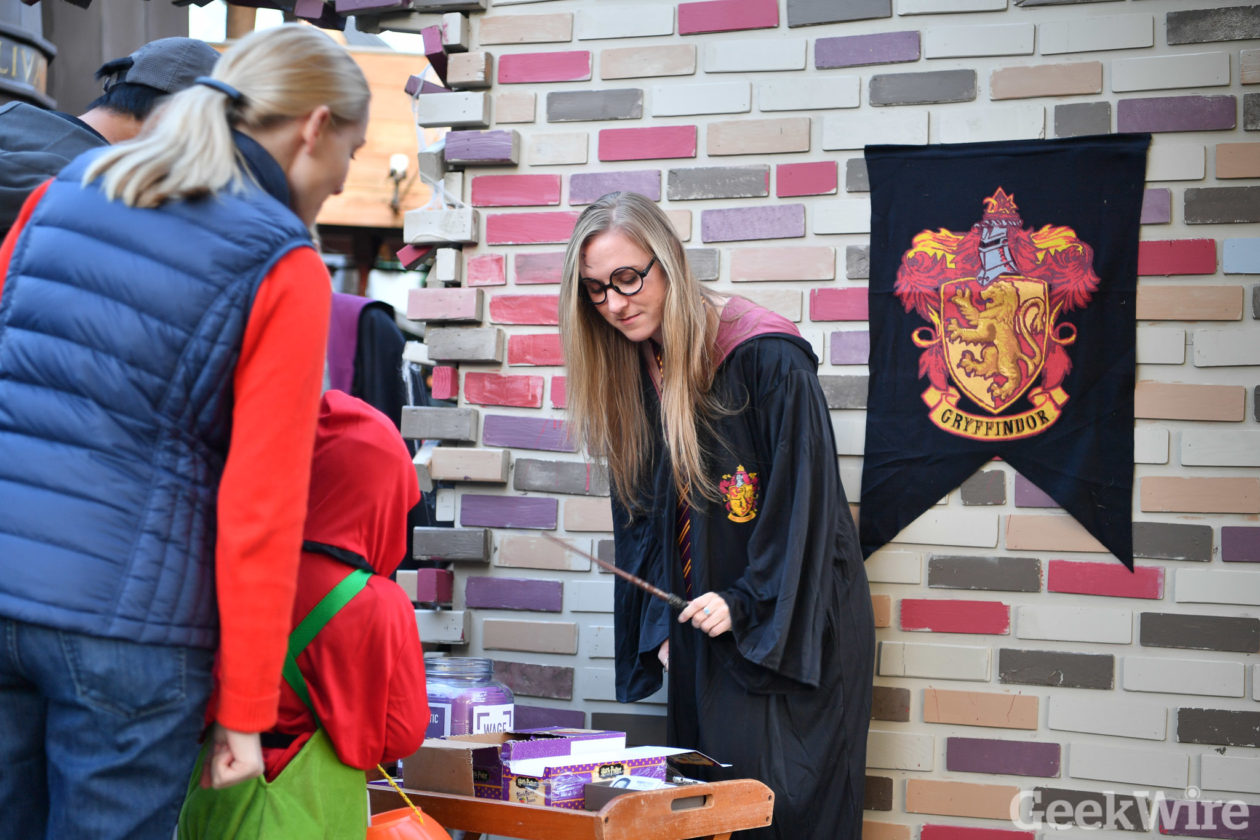 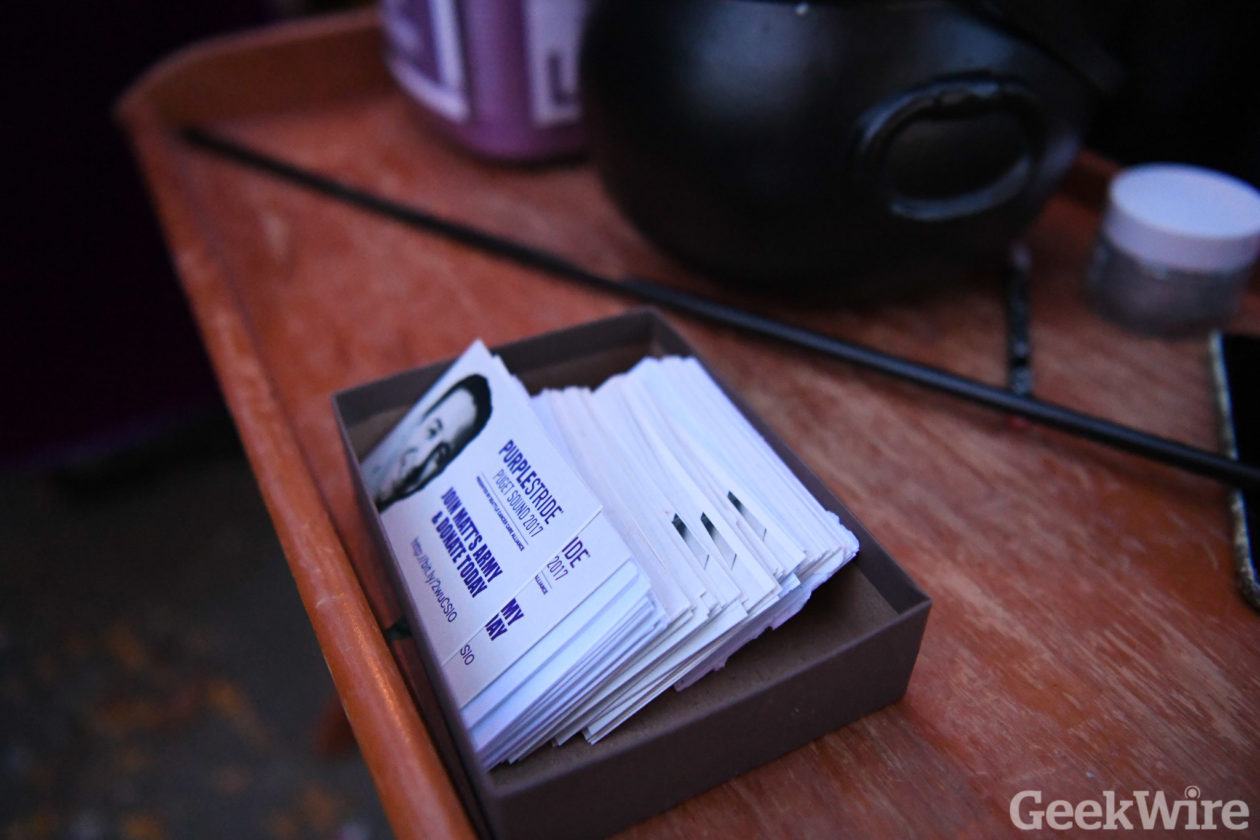 Candy, of course, was set out for those who snaked through the set patiently, snapping selfies and trying to capture the scale of the project on their smartphones.

And at the main entrance, donations poured in for Purple Stride Puget Sound 2017 in the name of Matt Bencke, a Seattle tech veteran who died of pancreatic cancer earlier this month and who had a connection to the Chambers family through Jon’s wife, Jennifer, a longtime employee at Madrona Venture Group.

By 9:30 p.m., Chambers was surveying the steady stream of people flowing into Diagon Alley. He figured he might shut the lights off come midnight.

Perched on a stool in a skybridge that spanned the driveway, he smiled and took pictures of his “fans” down below.

Seattle’s own Halloween wizard had indeed created something magical.