Real-time scoring is commonplace in pro and college sports. But many high school teams across the U.S. still rely on pen and paper to record game results and other statistics.

Scorebook Live is looking to modernize this process with technology. The startup, originally founded in San Diego and now headquartered in Spokane, Wash., just raised $450,000 from existing investor Cowles Company, which owns The Spokesman-Review, several TV stations, and has investments in other Pacific Northwest startups like Zipwhip, Phytelligence, and SheerID.

Scorebook Live, which counts ex-NBA players like Jerry Stackhouse and former Gonzaga star Adam Morrison as investors, is somewhat like an ESPN for high school sports, with a focus on scoring — perhaps more akin to a STATS LLC or Sportradar. Its platform lets high school football and basketball teams record stats and play-by-play information that is accessible in real-time and after games via the Scorebook Live app, which is used by coaches, players, athletic directors, media partners, fans, and others. There is also an auto-generated recap story and player of the game selection after each game, while league standings and stat leaders are immediately updated on Scorebook Live. 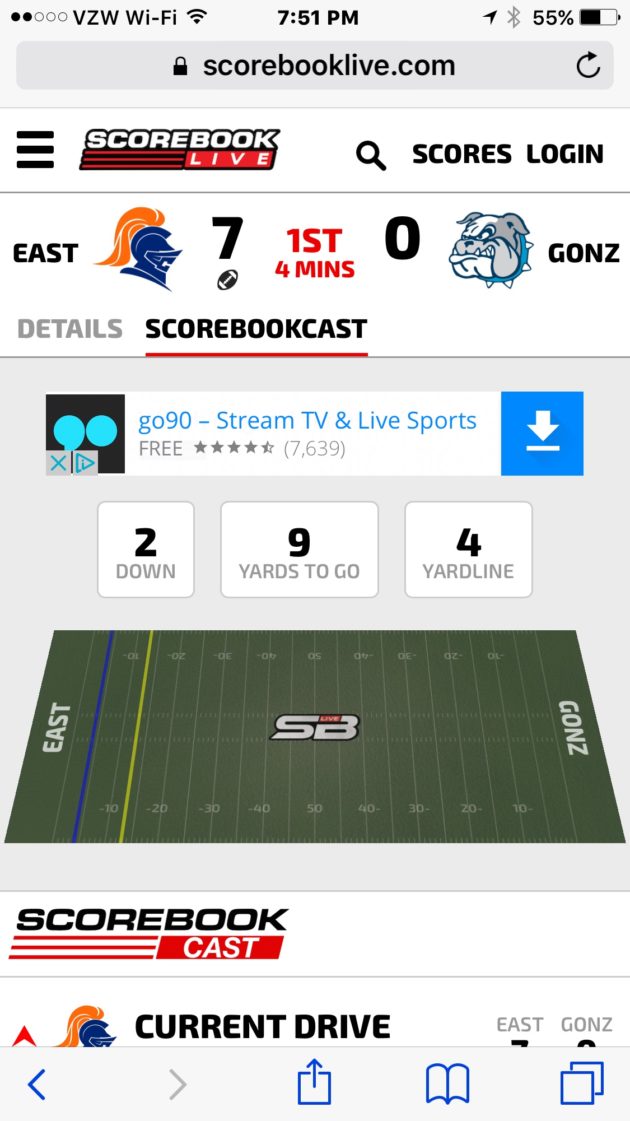 “This solution actually eliminates the longstanding need for coaches to call in the box scores to the local media, saving coaches many hours of their personal time, and the media saves thousands of dollars per year that was previously spent collecting scores after games have ended each night,” noted Scorebook Live CEO Dan Beach.

There were more 10,000 games scored with the app last year and Beach expects that number to increase substantially this season. The company makes money via subscriptions, sponsorships and advertising, Beach said.

“Each school that uses our product has thousands of fans so our numbers grow exponentially as more and more schools adopt our solution,” he added.

Scorebook Live relocated from San Diego to Spokane after Beach’s son accepted an offer to play for Gonzaga’s basketball team; the CEO and his wife also grew up in the area. It also puts the startup closer to Cowles Co.

“Cowles already owns the Spokesman-Review as well as a few local television stations so they understand that high school sports fans want to be served content in real-time instead of post-game and most local media companies need to lower their costs of the acquisition of this same content,” Beach noted.

Beach previously worked at ESPN from 2009 to 2012; he “spearheaded ESPN’s entry into the ‘high school scoring’ market,” according to his LinkedIn.

Scorebook Live, which still has a presence in Southern California, will use the fresh cash to expand into new markets and add new features. The company employs 10 people and has raised $2.5 million to date. Former Gonzaga star and NBA guard Dan Dickau is the startup’s vice president of market development.