Ford owners and coffee drinkers will soon have a new voice-enabled way to order their morning cup of joe from Starbucks. 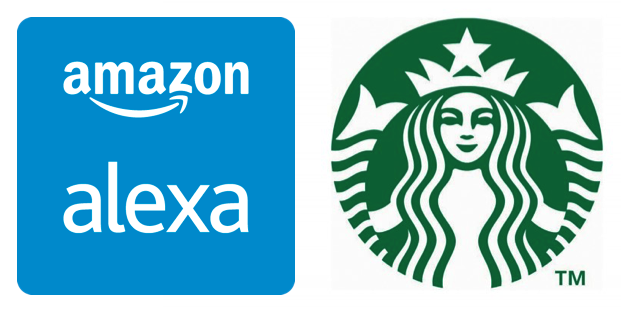 The coffee giant today announced that Ford vehicles equipped with its SYNC3 voice-activated technology will be able to order from Starbucks by saying, “Alexa, ask Starbucks to start my order,” utilizing Amazon’s voice platform.

GeekWire is live today from the Starbucks annual shareholders meeting in Seattle, where the company will demo the new Ford/Alexa integration on stage. More details to come, so stay tuned for that.

Update: Starbucks chief technology officer Gerri Martin-Flickinger announced the new feature on stage and showed a video of her testing the integration. “It only takes a little imagination to think about where conversation ordering will show up next,” she said.

This follows Starbucks’ announcement in January, when the Seattle-based company unveiled a new third-party skill for Amazon Alexa, letting regular customers reorder their favorite coffee and food by saying “Alexa, order my Starbucks” to a device powered by the online retail giant’s voice-enabled personal assistant.

Starbucks’ Alexa skill works via the Starbucks Mobile Order & Pay feature, which lets customers place and pay for an order in advance and pick it up at a nearby Starbucks store without waiting in line.

With the new Alexa skill, customers designate their “usual” Starbucks order in advance and can then place the order from one of the most recent 10 stores they’ve ordered from, using their voice with an Amazon Echo or other Alexa-enabled device.

Ford, meanwhile, begin rolling out integration with Alexa voice in January, starting by allowing hybrid and electric vehicle owners to interact with and control their cars from inside their homes using Amazon Echo and other Alexa-enabled devices. This summer, the automaker will expand the integration by adding Alexa to vehicles running its SYNC 3 in-car technology — allowing drivers to press a button to ask for driving directions, sports scores and anything else Alexa would normally do or answer.