OneRadio Corp., a University of Washington spinout that focuses on sniffing out radio signals across a wide spectrum, has signed up the Pacific Northwest National Laboratory’s National Security Directorate as its first customer.

OneRadio CEO Mohan Vaghul said he was thrilled to be working closely with researchers at the federally funded laboratory. “Our goal is to support them so that the agencies benefit,” Vaghul said.

Headquartered in Richland, Wash., PNNL provides its clients with practical solutions to prevent and counter acts of terrorism and stop the spread of weapons of mass destruction.

Vaghul didn’t discuss PNNL’s intended applications in detail, but he said the lab was interested in OneRadio’s Radio Frequency Fingerprinting technology as well as the use of machine learning to analyze radio signals across a wide spectrum.

The OneRadio Platform is able to keep track of signals from multiple devices simultaneously in bandwidth ranging from zero to 2.5 GHz.

“It allows you to see a whole bunch of devices, not just one device,” Vaghul said. “You don’t need multiple receivers to address these individual devices. … This is something that is almost like a holy grail.”

Using RF Fingerprinting, the platform can track the characteristics of a given radio signal so that it can be distinguished amid a cacophony of communications, including broadcasters who might be trying to spoof the legitimate signal.

Keeping track of all those signals requires some tricks from the field of artificial intelligence. “It’s not humanly possible to look at everything, because there’s so much data,” Vaghul explained. “Hence, we need to use machine learning.”

OneRadio’s website notes that the technology’s most important application is to guard against malicious threats. The platform can also cut through radio interference and manage multiple wireless devices in an “Internet of Things” network. 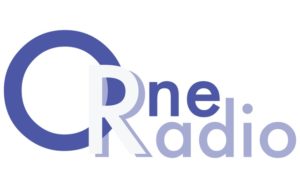 The venture got its stealthy start at the UW CoMotion innovation program in 2015, and went public with the OneRadio Platform earlier this year.

“The technology behind OneRadio is the result of many years of research at UW’s electrical engineering department,” department chair Radha Poovendran said in a news release. “We are excited to see this foundational technology being commercialized by OneRadio, and expect this technology to have wide-reaching impact.”

Vaghul, a seasoned semiconductor executive and entrepreneur with more than 30 years of experience in engineering and startups, said the potential applications go beyond national security. The ability to keep track of multiple signals, and focus on weak signals amid the buzz of interference, could be of great use for avionics as well as for telecommunication networks, he said.

OneRadio got its first financial boost through grants from UW CoMotion and the Washington Research Foundation, but now that the venture is gaining customers, Vaghul said he’s getting ready for the next stage of startup evolution.

“We are trying to get to our first round,” he told GeekWire. “At the beginning of next year, we should be in a fantastic position to go out and raise some money.”