Write down your goals, listen more, and dream big.

These are good pieces of advice for anyone, really, but they held special importance for more than 15,000 students who gathered inside an energetic Key Arena on Friday in Seattle for WE Day, an annual event that celebrates youth empowerment.

WE Day events, hosted by non-profit WE, are attended annually by more than 200,000 students from more than 10,000 schools in the U.S., U.K., and Canada. Students earn tickets by participating in local WE Schools programs.

There were several celebrities who spoke on stage Friday in Seattle, including space icon Buzz Aldrin. The Apollo 11 moonwalker, now 87 years old, said that he was once a kid “who dreamed big dreams.”

“No dream is too high,” Aldrin told the crowd. “I know because I am living proof.” 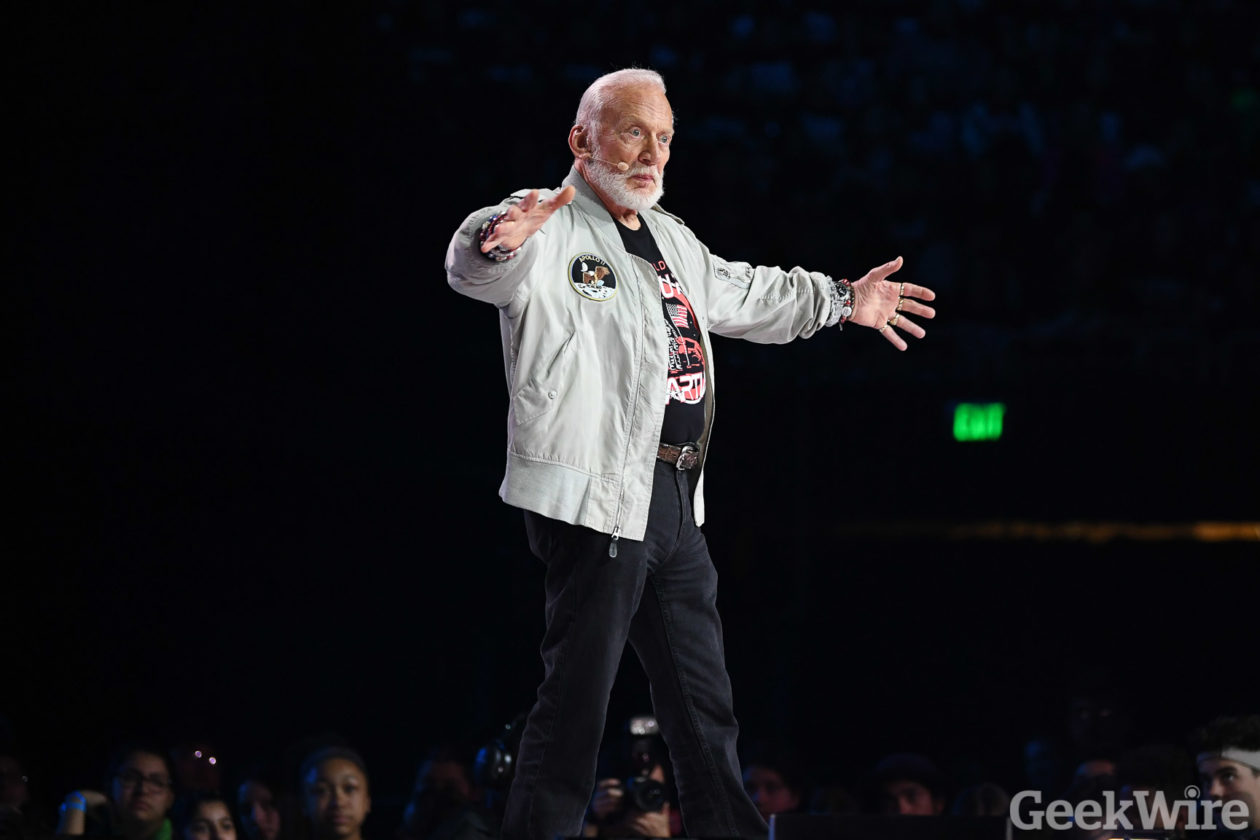 Aldrin, who was in Seattle two months ago visiting the Blue Origin headquarters, voiced his support for funding space programs, saying that “by venturing into space we improve life for everyone here on Earth.” He also told a few jokes, noting how he took the “first selfie” during the Gemini 12 mission in 1966.

“In order to be a real selfie, the camera has to be attached to a spacecraft in orbit,” Aldrin joked. “That is the most expensive selfie stick ever made.”

I'm ready to go on stage to share my story of service, education, hard work and teamwork with the kids at #WeDaySeattle. pic.twitter.com/W0xQtY8tbv

Wilson told the backstory of his “Why not you?” mantra. Growing up, Wilson wasn’t projected to be one of the NFL’s top stars.

“People told me I couldn’t play in the National Football League; that I couldn’t graduate early in three years; that I couldn’t do this or that,” said Wilson, who was the 75th pick in the 2012 NFL Draft. “It was about asking that fundamental question about, why couldn’t it be me?”

Wilson, whose wife Ciara co-chairs the event, said he would write down his goals and advised the students to do the same.

“I hope everybody in this room is writing down their goals and what they want to do in life,” he said. “Once you set those goals out, go achieve them. But you can’t achieve them alone — you need to achieve them with other people.”

Wilson wasn’t the only Seahawk on stage, as his top wide receiver Doug Baldwin also shared words of encouragement. Baldwin talked about the beginning of Seattle’s most recent season and how the team had to learn to listen to each other.

“We all felt strongly about something and wanted to get a message across,” he explained. “I know you guys have similar situations where you want to say something right away and get a reaction from somebody. But the most important thing that you can do is listen.” 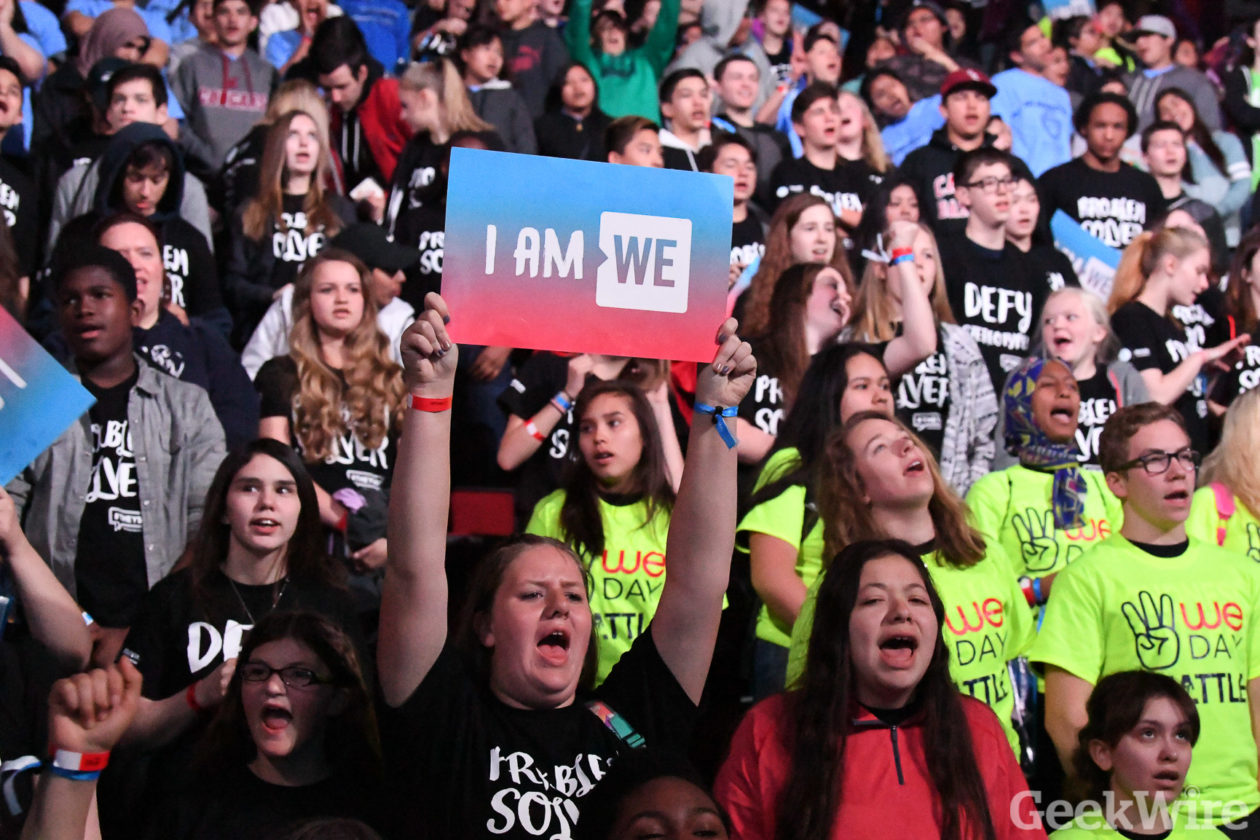 Baldwin stressed that his teammates not only had to listen to each other, but also do so as a team.

“We knew the only way we could do it productively is that we had to do it together,” he said. “So we had to sacrifice the me for the we.”