The biggest upgrade at CenturyLink Field this season may go unnoticed by most Seahawks fans — and that’s just the way the team likes it.

Tucked in the southwest corner of Seattle’s NFL stadium is a room packed with technology that controls what fans see on the video boards and hear on the speakers throughout CenturyLink Field on Sundays.

For every Seahawks game, more than 20 people — a mix of engineers, directors, producers, editors, and more — post up in the control room and work together for several hours to help enhance the gameday experience for more than 69,000 fans. They are the ones responsible for showing different angles of live action, instant replays, highlights from other games, advertisements, and miscellaneous video content — before and throughout the game itself. 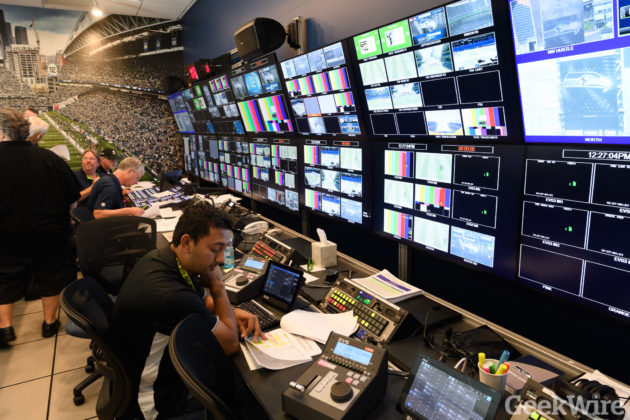 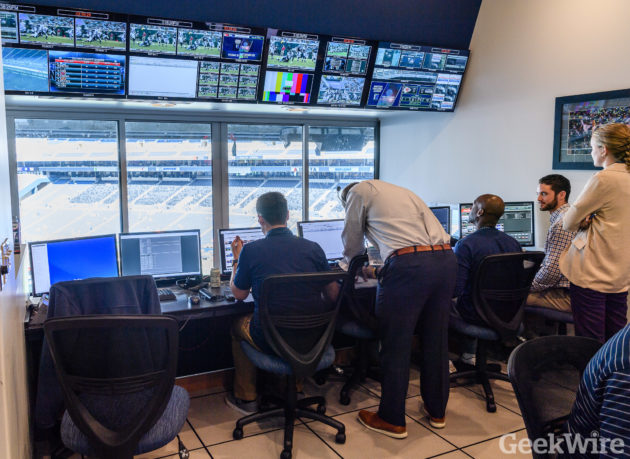 Chip Suttles, Seahawks chief technology officer, refers to the operation as “HawkVision.” The entire system got an upgrade earlier this year that includes a number of new devices to support 1080p video resolution across the CenturyLink video boards on the north and south ends of the stadium. The control room, which sits adjacent to the press box, was completely gutted and allows for additional team staff and more customizable workspace.

“It’s all brand new technology,” Suttles said. “It’s all state of the art.”

The main focus of the video-control room is to “create an atmosphere that gives our team a competitive advantage,” said Jeff Richards, vice president of marketing for the Seahawks.

That could mean showing a unique replay angle after a big play, or cutting to an energetic pump-up video before a defensive series. The operation is similar to what you’ll find in a TV broadcast truck, but with a slightly different audience in mind: those actually at the game versus watching at home.

The new technology — which this year includes more in-stadium cameras and better ways to manage video files — can help improve the game experience for fans. But for the most part, Seahawks staff doesn’t have to do much with a knowledgeable fan base that cheers so loud the ground literally shakes. It’s a delicate balance of showing fans replays or other relevant content, but also allowing them to stay engaged with the live game on the field.

“What makes gameday special is the human element, that live piece of it,” Richards explained. “For us, the technology is just here to enhance that. We don’t lay it on too thick. We just try to surround the gameday experience and supplement it a bit with technology.” 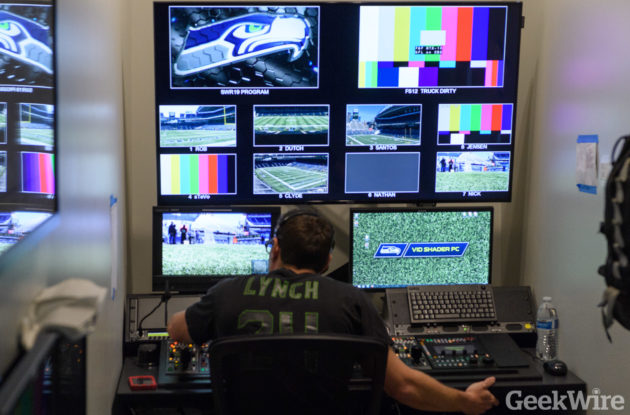 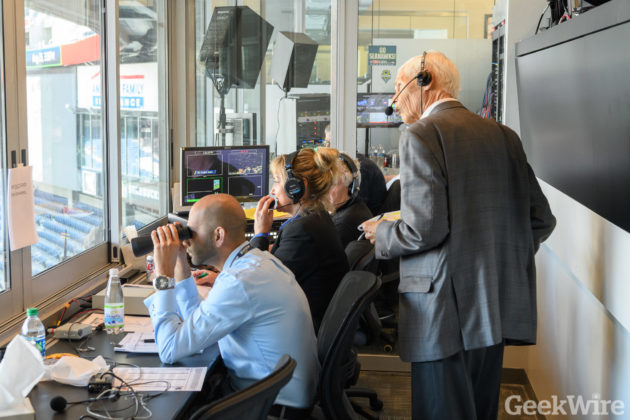 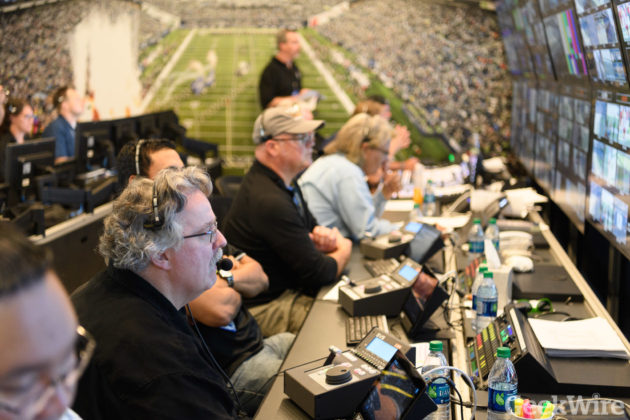 The video room upgrade process typically takes four to five months, but the Seahawks were able to turn it around in eight weeks. The space, which includes a reorganized server room, was redesigned to increase efficiency between employees; each work station is now customizable for a variety of roles. It also has more capacity to take in 1080p video from cameras around the stadium and TV broadcast feeds. There are now 22 angles that replay editors can pick from.

“We can take fans places that we couldn’t before,” Richards noted.

Seahawks staff work throughout the week to prepare video content to show on the boards, which includes programming from advertisers and partners. Hours before kickoff, Rick Crawford, director of production services & game presentation, posts up in the room and helps decide what video to show fans from pregame until the final whistle blows. There’s also an audio team that picks what fans hear through the loudspeakers.

“The best part is the team intros and that 12 flag raising,” Richards said. “You just feel the energy build when the team gets out on the field. After that, it’s just a downhill sprint. You look up and the game is over and we won and everyone had a blast.” 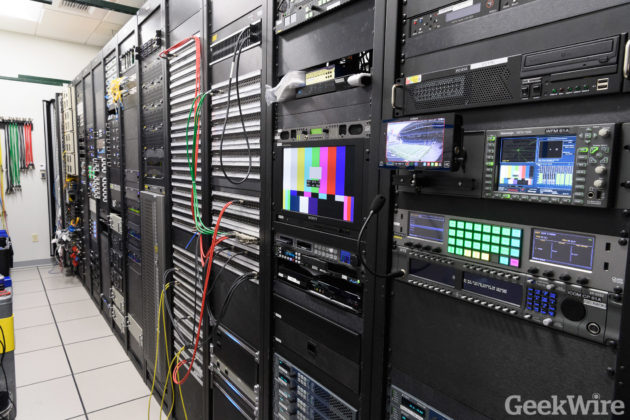 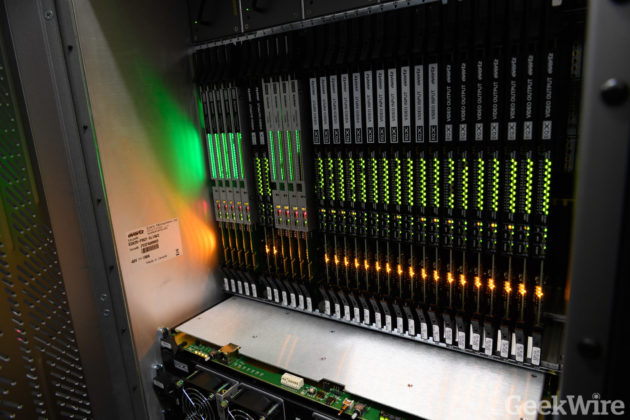 Suttles noted that the team also stores and uses captured video for future promotional content or highlight reels, working with a company called Diversified to help manage that workflow.

With the new equipment that enables 1080p video capture, the Seahawks now capture 6 terabytes of data per game — double the amount it processed last season.

Upgrading the control room and other technology throughout the stadium was partly due to fan feedback; last season, Seahawks fans rated their gameday experience No. 1 in the NFL, based on the NFL’s Voice of the Fan survey data.

The Seahawks host the 49ers next Sunday at 1:25 p.m. PT for their home opener.