The companies announced the partnership today at a Microsoft AI event in San Francisco. Using Microsoft’s artificial intelligence technology, Bing will surface data from Reddit, which counts more than 2.5 million comments per day across 138,000 active communities.

Reddit: "All this amazing content is sitting there. As long as it is just on @Reddit, we know we're missing out on a much broader audience." Thus partnership with @bing says @alexisohanian at #MicrosoftAI pic.twitter.com/UijtBskgpA

Bing is rolling out several new search capabilities as a result of the deal. When users type in “Reddit” and the name of a Reddit community, Bing will show the relevant subreddit threads. When users type the name of someone who has done an AMA, Bing will surface that person’s AMA. And when users query a question or topic that can be answered by relevant Reddit conversations, they’ll now see those results. 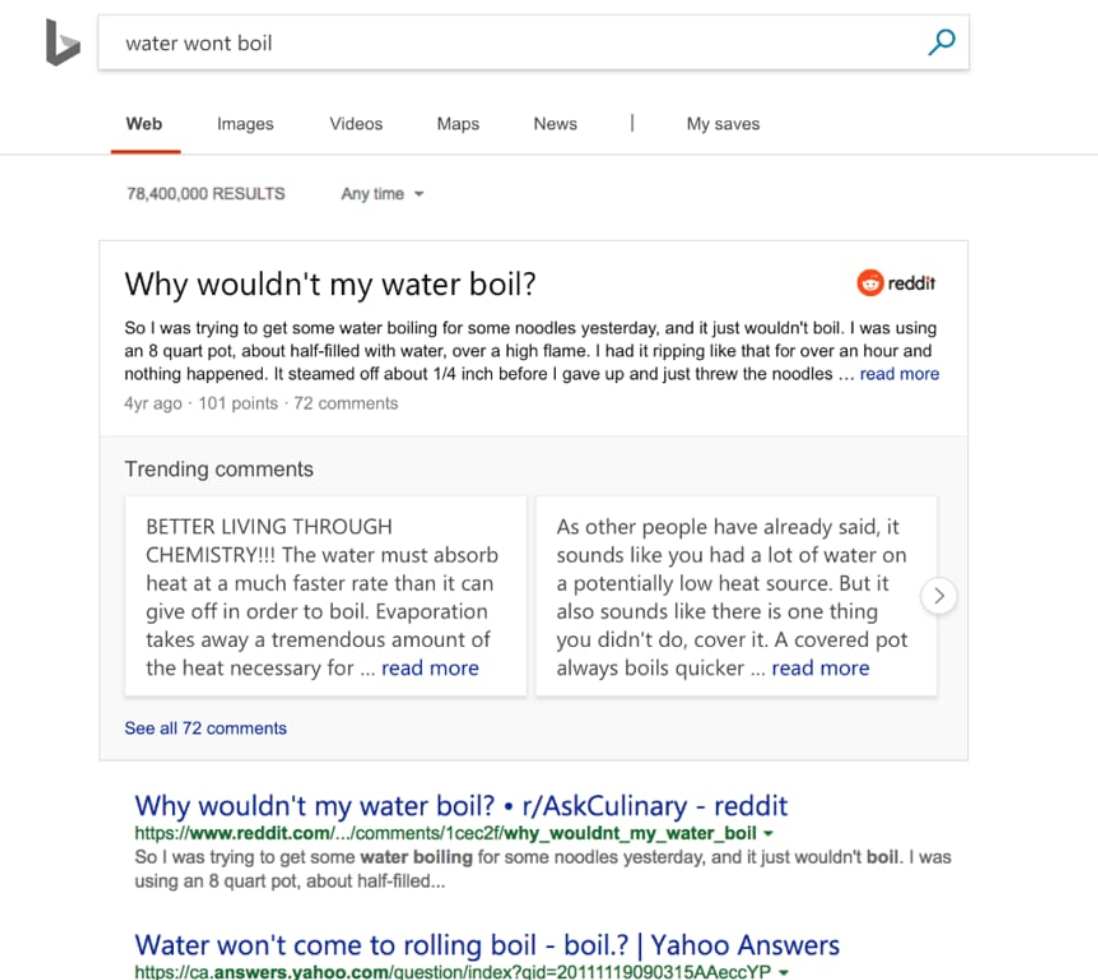 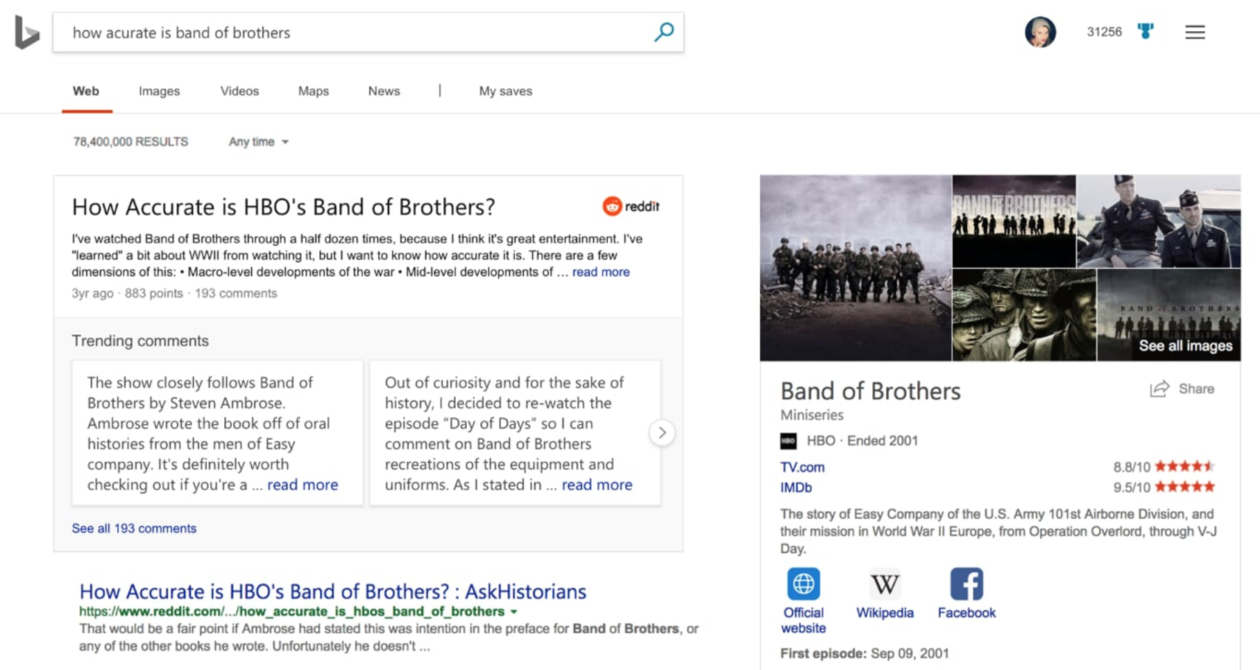 Reddit is also partnering with Microsoft to link its Power BI tool with Reddit’s data and API to help marketers analyze their activity on the platform. This helps brands see which communities are talking about them the most on Reddit, for example, or see detailed breakdowns of sentiment over time. 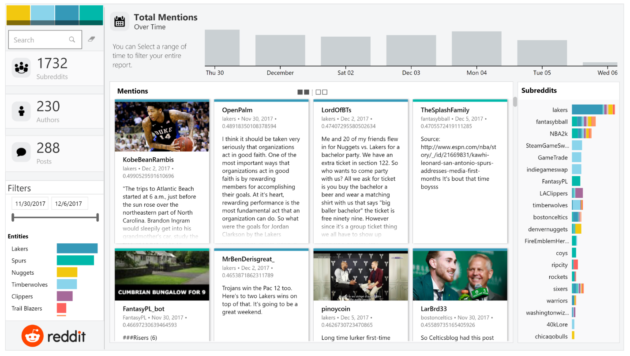 Though Google dominates search engine activity in the U.S., Microsoft still handles more than 20 percent of search queries in the U.S. Bing has also quietly been a moneymaker for Microsoft, which has inked several partnerships to get the service on as many devices as possible.

.@alexisohanian: This @bing partnership is like a crown jewel for us and just scratches the surface with #MicrosoftAI and @reddit data

Microsoft also made separate AI-related announcements and updates today, as outlined here. The company is beefing up Bing to help the search engine become smarter about providing relevant information to a given query; to provide multiple viewpoints to subjective questions; and to offer “Intelligent Image Search.” It also announced updates for Office 365, including a preview of “Insights in Excel,” and a new Microsoft Word feature called “Acronyms” that scans documents and finds acronyms specific to an organization. 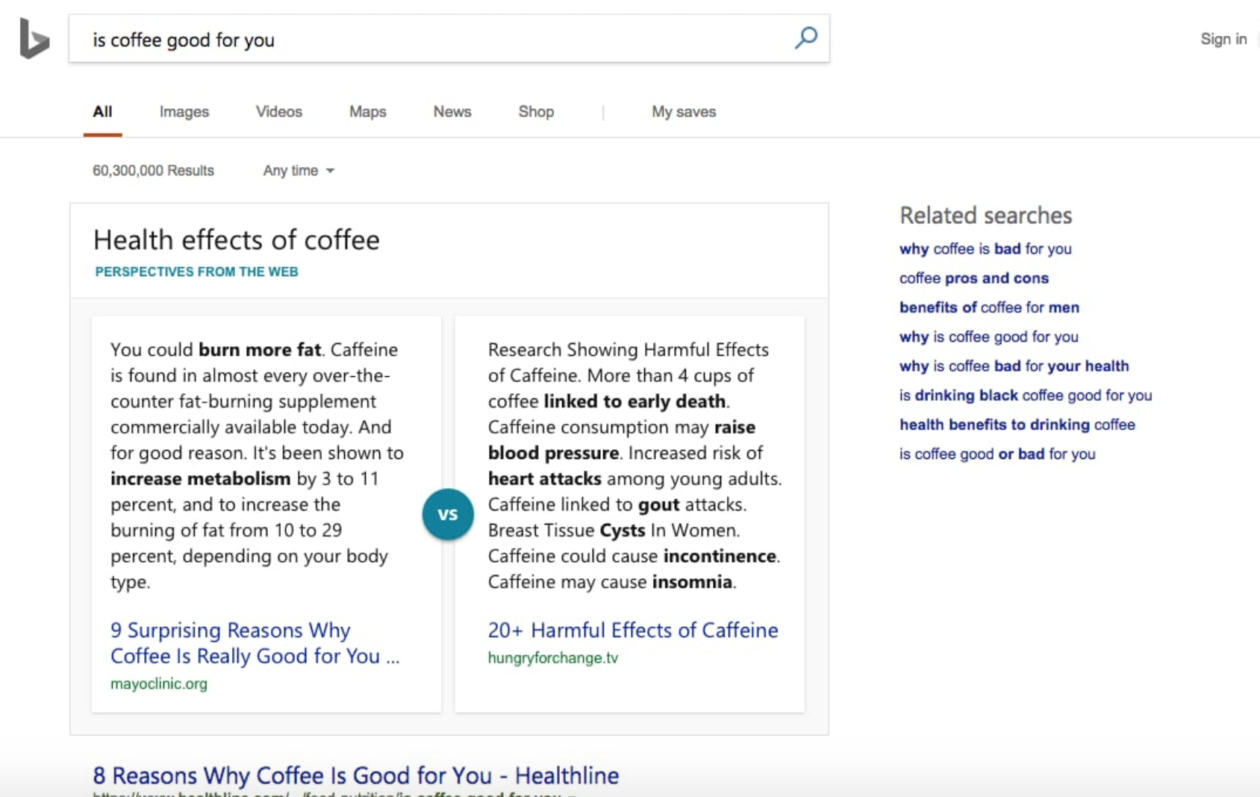 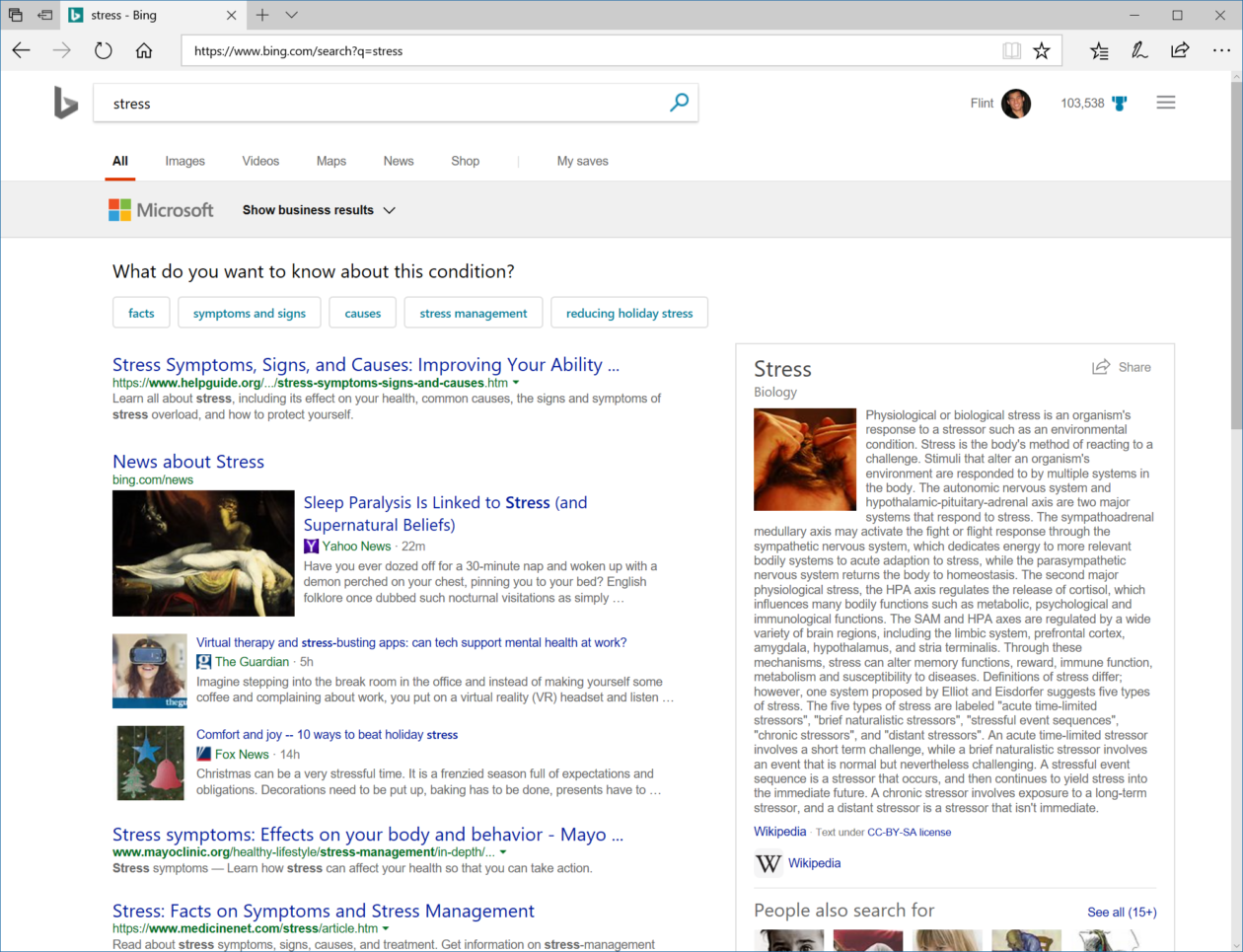 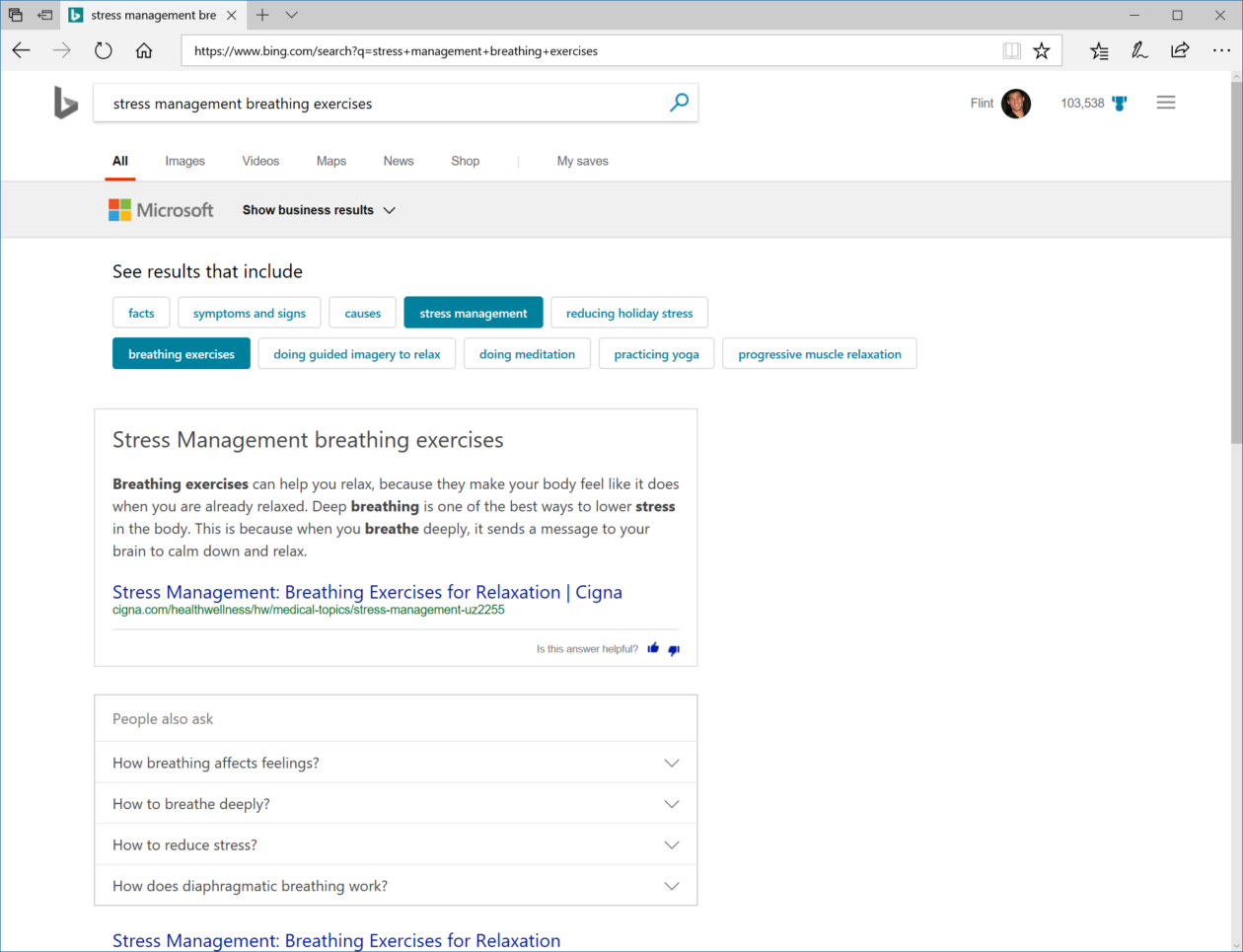 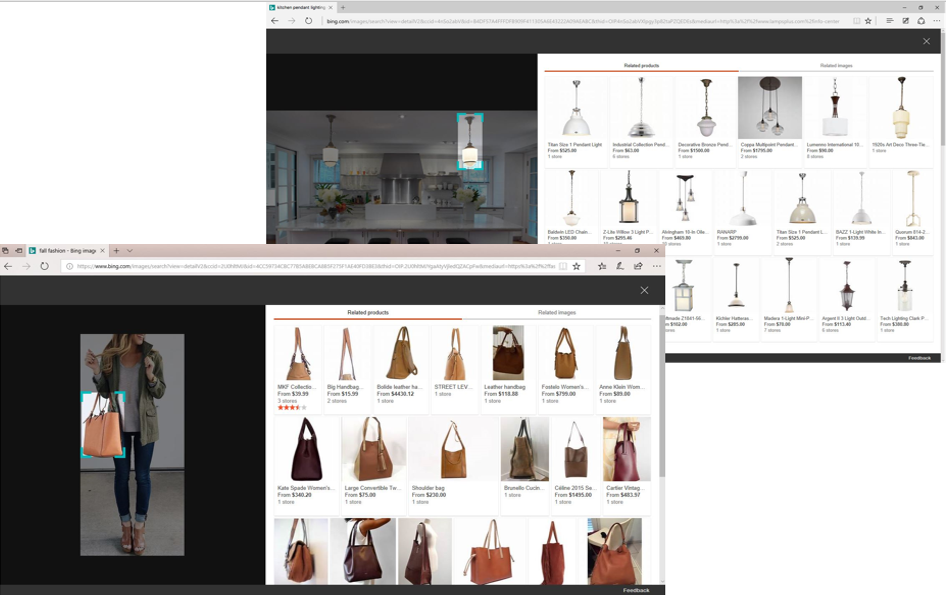 Microsoft is investing heavily into AI, taking advantage of massive amounts of data it has through services like Bing and LinkedIn. Last year Microsoft CEO Satya Nadella formed the Microsoft AI and Research as a fourth engineering division at the company, alongside the Office, Windows and Cloud & Enterprise divisions.

.@alexisohanian: We needed a partner who could bring in the #AI heavy lifting and we came to @Microsoft @Reddit #MicrosoftAI

In its first year of operation, the AI and Research group has grown by 60 percent — from 5,000 people originally to nearly 8,000 people in October — through hiring and acquisitions, and by bringing aboard additional teams from other parts of the company.

The move reflects Nadella’s belief in “democratizing AI,” making it available to any person or company, and radically changing the way computers interact with and work on behalf of humans. 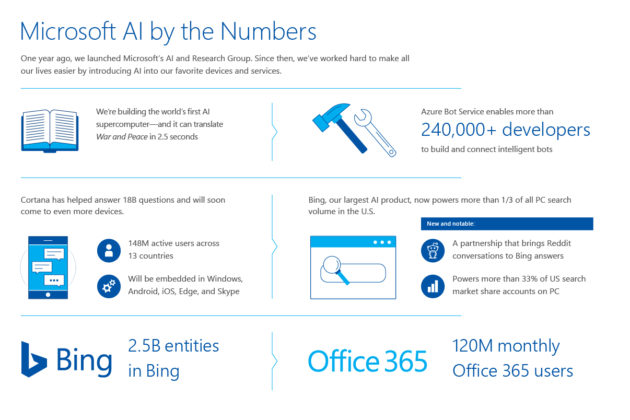