Seattle-based RBC Signals says it’s raised $1.5 million from investors around the world, providing a boost for its plans to knit together a network of ground stations for receiving satellite data.

San Francisco-based Bee Partners said it was a lead investor in the round, and other investors included Abstract Ventures, Blacktop Capital, Comet Labs. 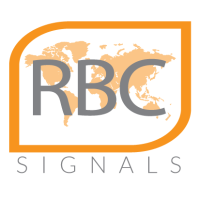 RBC Signals, led by co-founder and CEO Christopher Richins, has agreements with ground stations in more than 20 locations around the globe to use spare capacity on their antennas. The company takes advantage of that capacity to deliver data to satellite operators, and the ground station operators share in the resulting revenue.

“We are the first and only provider in our sector using a shared-economy model to leverage existing ground station infrastructure to deliver and process real-time data,” Richins said today in a statement about the seed round. “Our competitive pricing is critical for commercial satellite operators to make their own business plans financially feasible as the global space sector continues to commercialize.”

The company’s business model anticipates a rising demand for bandwidth as more and more satellites come online. The seed funding will go toward expanding coverage and the network’s data-processing capability.

RBC Signals’ co-founder and chief strategy officer, Olga Gershenzon, is based in Russia. The company’s vice president of international business, Rani Hellerman, is based in Israel.

This report was updated on Aug. 1 with further information about seed-round investors.