Political skills are becoming a hot commodity on the tech talent market.

It’s not hard to see why big tech companies are keeping their eyes peeled for candidates with political skills. The tech industry is under intense scrutiny from the federal government for providing foreign actors a new avenue of influence in U.S. politics — a dynamic that came to a head during this week’s Congressional hearings. Lawyers from Facebook, Google, and Twitter were grilled by various House and Senate committees on the role the played in Russian election interference and their responsibility to police political discourse.

The LinkedIn report also shows Seattle gaining the most workers in the past year of any big metro region in the country. For every 10,000 LinkedIn members in Seattle, 67.2 arrived within the last year, and 9.26 of them came from the San Francisco Bay Area. 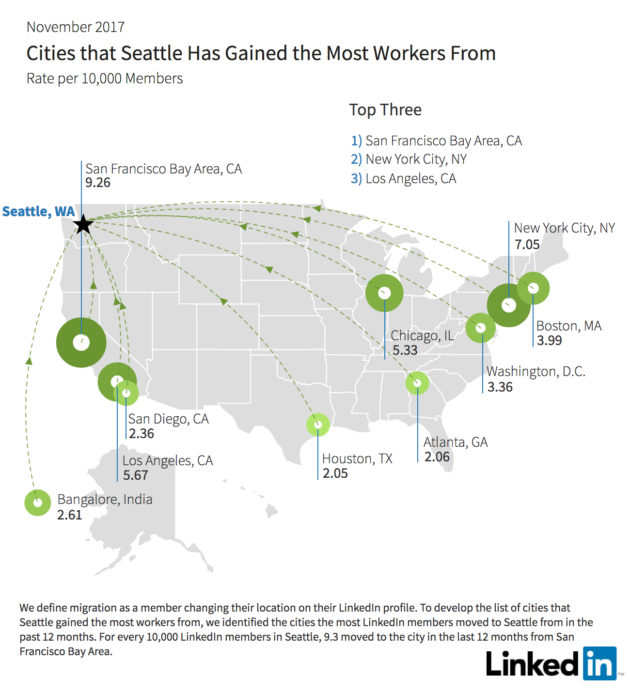 LinkedIn’s report doesn’t dive deep into details on the growing demand for political skills in tech but says it “is a trend we’re keeping an eye on.”