The beer was cold; the BBQ was juicy; the weather was perfect; and the vibe was bumpin’.

Thanks to everyone for joining us at our fifth annual GeekWire Sounders Day tailgate party on Wednesday at the Dell EMC rooftop deck in Seattle. 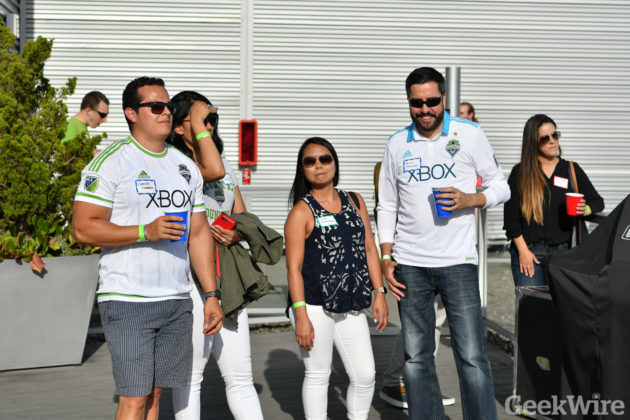 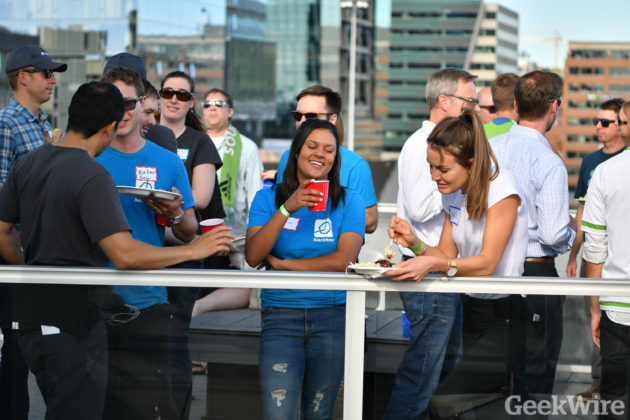 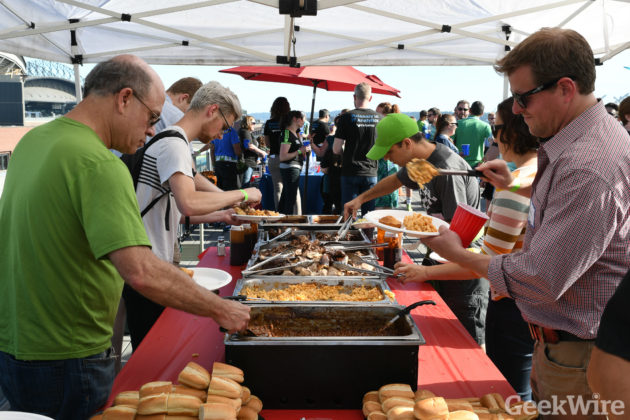 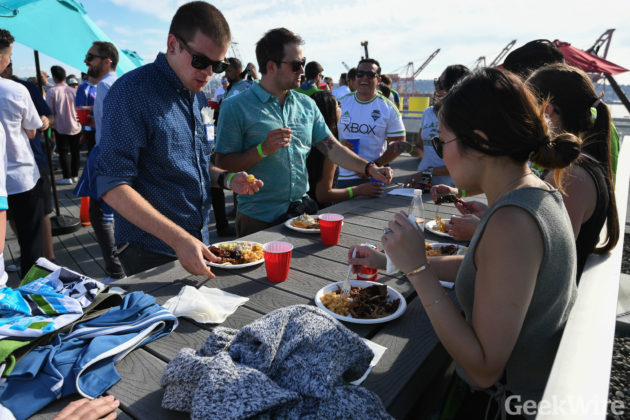 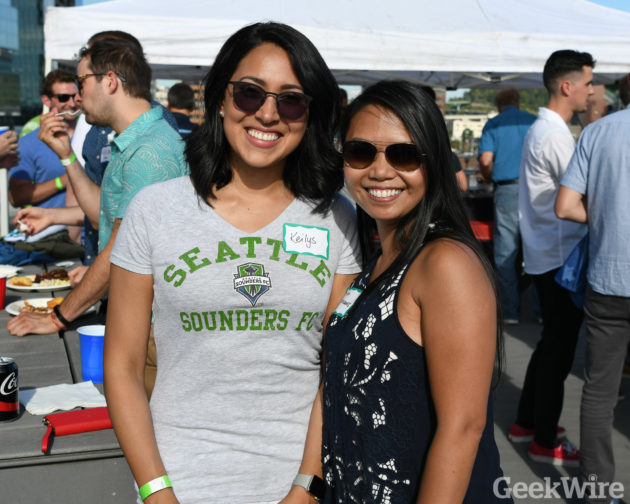 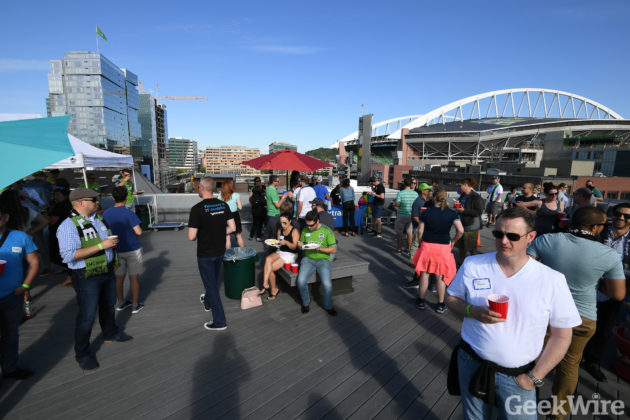 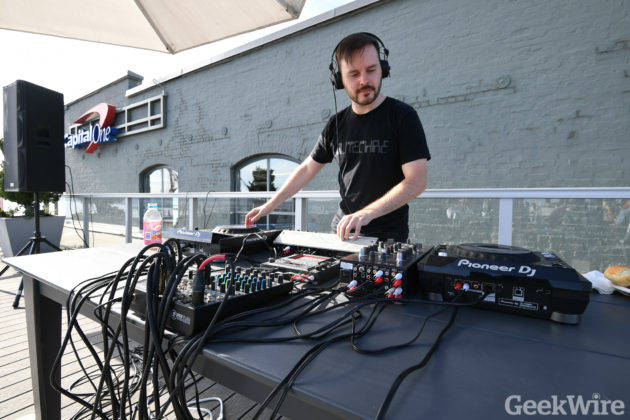 We had so much fun bringing together soccer fans and tech geeks for this one-of-a-kind networking event where friends new and old enjoyed amazing views of Seattle before crossing the street and watching the Sounders match at CenturyLink Field. A big thanks to Dell/EMC, our title sponsor of Sounders Day, for hosting us at their epic rooftop deck.

After fueling up on food and drinks while making connections with folks in the community, the GeekWire cohort made its way to the Sounders match — and what a match it was.

The Sounders went down 3-0 to D.C. United in the second half but then scored four unanswered goals in 27 minutes — truly an unprecedented feat. It was the first time in MLS history — that’s nearly 5,000 matches since the league launched in 1996 — when a team has overcome a 3-goal deficit to win a game in regulation. 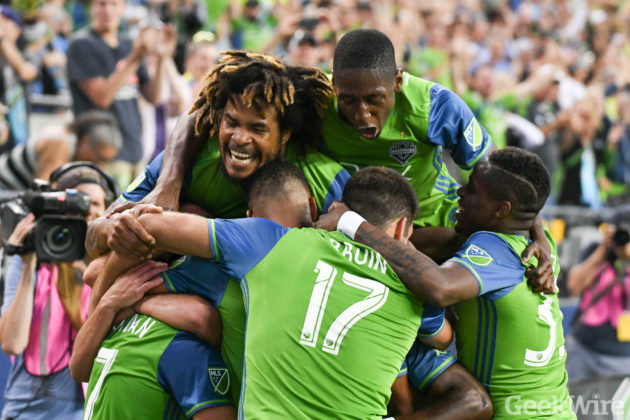 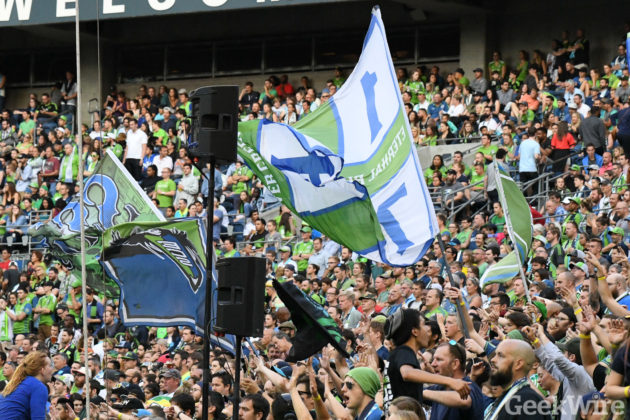 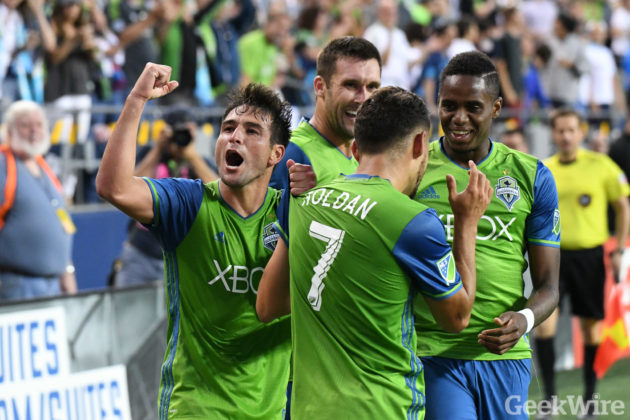 Thanks to everyone for participating in GeekWire Sounders Day, presented by Dell/EMC.

Enjoy more photos of the event below, and make sure to get your early-bird tickets for the GeekWire Summit Oct. 9-11. 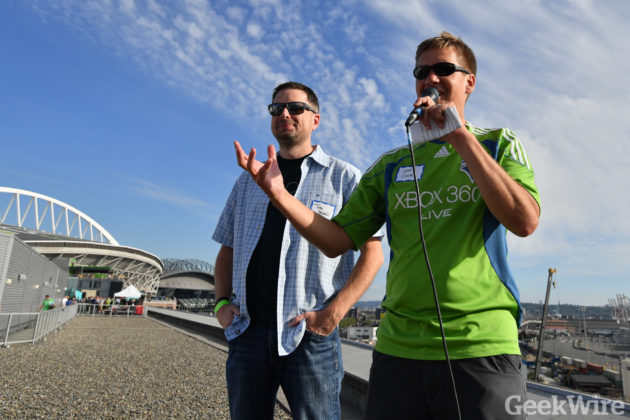 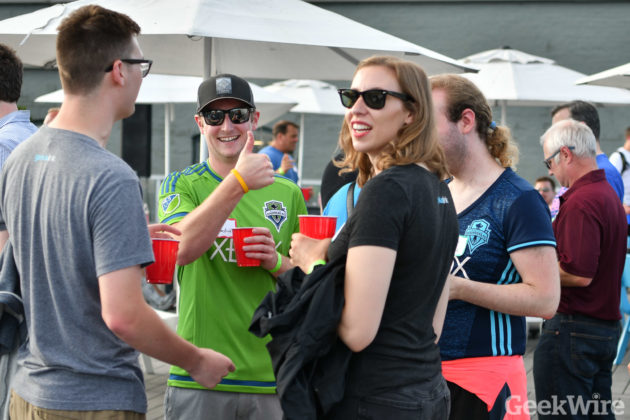 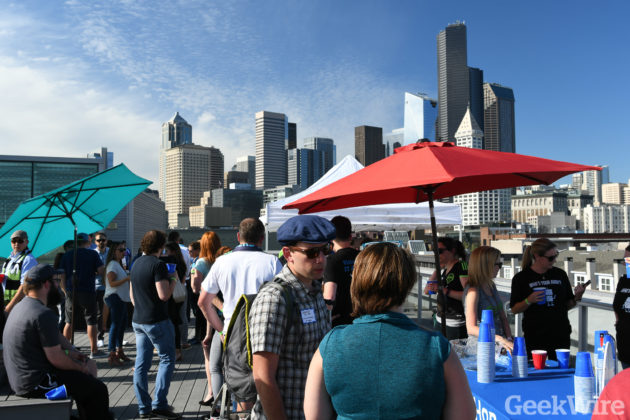 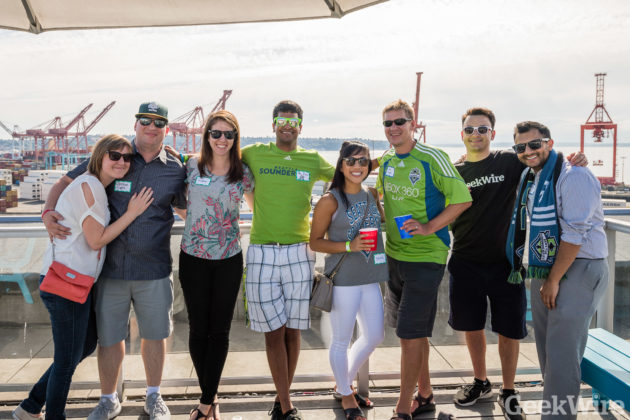 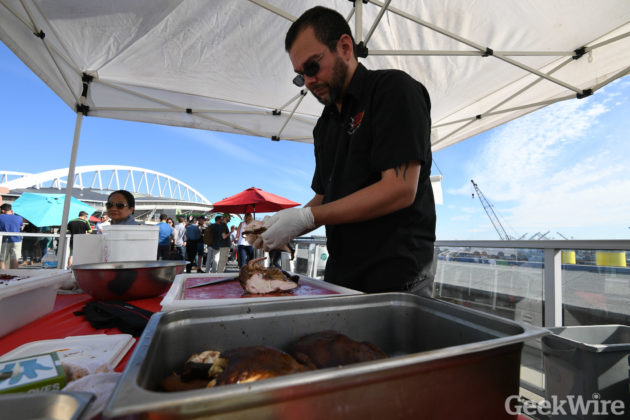 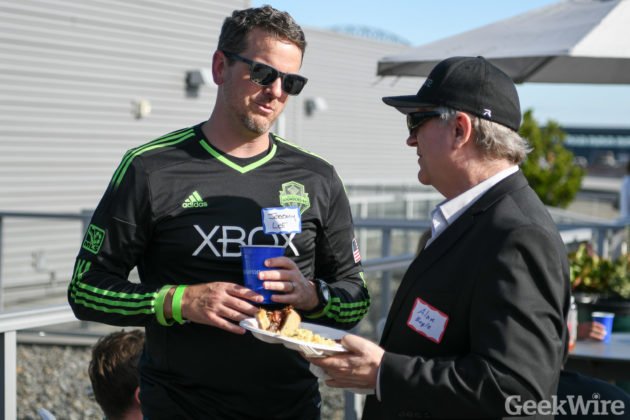 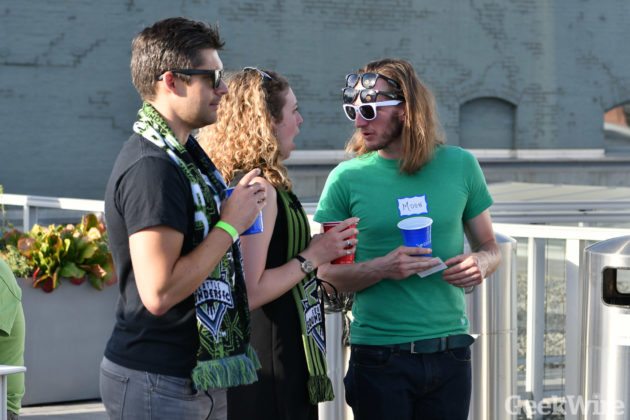 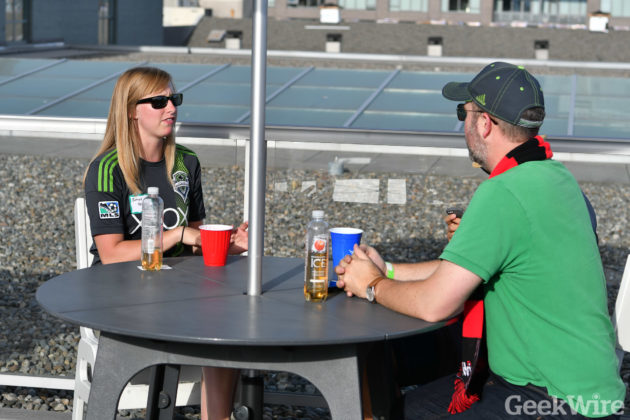 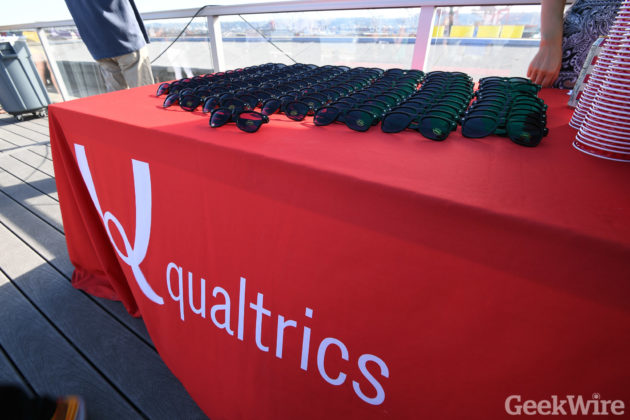