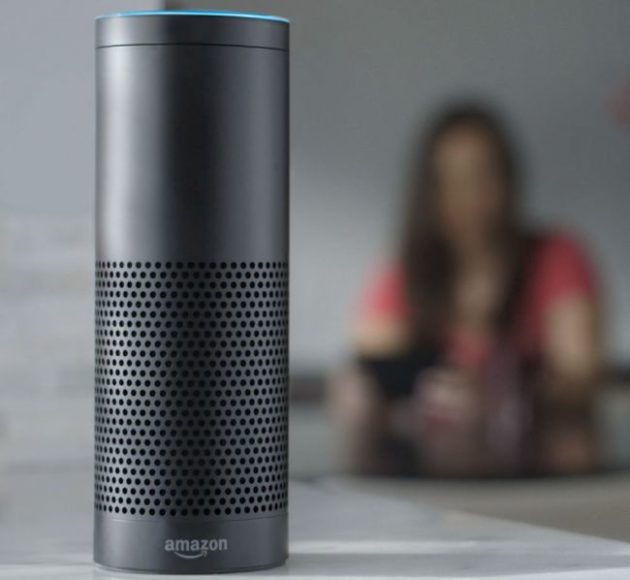 Amazon’s digital brain Alexa is very skillful, now at more than 12,000 third-party capabilities, but it can sometimes be difficult to wade through them all and discover new skills, and the platform lacks a central voice search to help users find the right skill for a particular task.

Paul Allen’s Allen Institute for Artificial Intelligence wanted to fill that void, and it built a voice-activated search for Alexa skills. But one problem: Amazon said no.

Here is the answer the Allen Institute team got: “Thank you for the recent submission of your skill, ‘Skill Search’. Unfortunately, your skill has not been published on Amazon Alexa. We don’t allow skills that recommend skills to customers at this time. We will contact you if this feature becomes available.”

We reached out to Amazon for clarification, and the company reiterated that it doesn’t allow skills that recommend other skills to users.

“We have this policy in place for a number of reasons, including making sure that the skills that are surfaced to customers are based on relevance, popularity and ratings in order to maintain the customer experience,” the company said.

TechCrunch first reported on the issue, and speculates that this means Amazon is working on a voice search that lets Alexa recommend skills. Amazon does have a search function, the Skill Finder, but its capabilities are limited to listing new skills, the most popular skills, categories and a skill of the day, among other functions.

Oren Etzioni, CEO of the Allen Institute, told GeekWire in an email that the organization sees “voice interfaces as an incredibly important direction, and (we) have become interested in utilizing our AI expertise to support dialog, search, and discovery.”

With its emphasis on voice, it’s no surprise that the Allen Institute is building more for Alexa. The institute recently released a prototype Alexa skill that has the ability to answer basic scientific questions. The skill, known as Aristo, is capable of delivering answers that Alexa can’t, Etzioni said, such as “why do animals hibernate?” The skill shows the limitations of Alexa’s speech recognition capabilities, he said, because she sometimes has a hard time making out complex words like “mitosis” and “electricity.”

Alexa’s proliferation can be partially attributed to Amazon’s decision to open the digital brain up to developers and device manufacturers in 2015. Alexa Voice Service lets manufacturers integrate Alexa into their products. The Alexa Skills Kit encourages third-party developers to build skills for Alexa. Developers who want to add to Alexa’s abilities can write code that works with Alexa in the cloud, letting the smart assistant do the heavy lifting of understanding and deciphering spoken commands.

But this situation shows that there are limits to the platform’s openness. A voice search function seems like a logical step for Amazon — something it could already be working on — and as TechCrunch notes it would open up the possibility of sponsored placement for skills, potentially creating a new revenue source for Amazon via Alexa.