Nvidia already has an engineering center in Redmond, Wash. Now the tech giant is looking to tap into the engineering talent pool around Seattle even more with the opening of a new robotics lab near the University of Washington.

The Silicon Valley-based chipmaker is preparing to open a robotics lab that will be led Dieter Fox, a longtime University of Washington computer science professor who is also head of the UW Robotics and State Estimation Lab.

Nvidia, which employs 147 people at its Redmond office, is still looking for permanent space to house its new robotics lab, but plans to set up shop near the UW so it can easily collaborate with students and researchers from the university, Fox told GeekWire.

Nvidia already partners with the UW via its Nvidia AI Labs, or NVAIL, which helps support more than 20 universities with Nvidia-related AI research tools. Through that program, Nvidia asked Fox about helping create the robotics lab.

“Artificial intelligence is revolutionizing every industry,” Nvidia said in a statement to GeekWire. “In addition to our AI technologies, at NVIDIA we’d like to advance fundamental research, foster universities and startups, and bring our full capabilities to industries where we can have the greatest impact.” 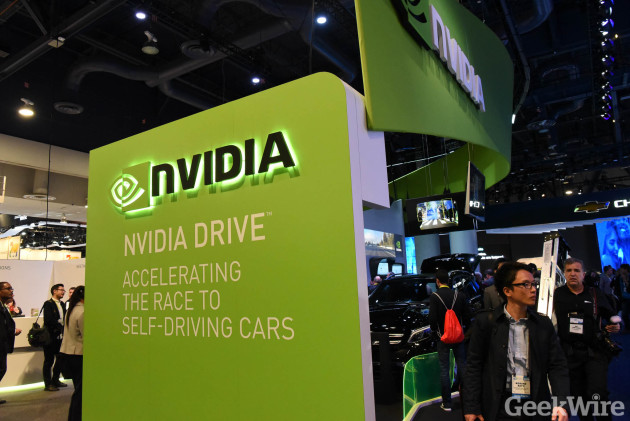 Fox wants to attract top robotics researchers to the lab; it isn’t clear how many employees Nvidia will hire. Fox will take a partial leave from the UW but will still be teaching on campus once a week.

Fox, who grew up in Germany and joined the UW faculty in 2000, said the lab will be beneficial for both Nvidia and the UW.

“Nvidia gets more connections to the UW, and the UW robotics community will grow,” he said. “Hopefully it will help recruit even stronger robotics grad students and post-docs.”

Fox, who previously led Intel’s research lab near the UW before it shut down in 2011, also noted that the Nvidia robotics research will be open sourced.

“It’s not only work that will stay within Nvidia,” he said. “That was a big part of my motivation [to join].”

Nvidia is also currently considered the leading maker of chips for machine learning research, which is quite a path from the days when its primary goal was to render cool graphics in first-person shooters. Most major cloud providers offer Nvidia GPUs to their customers for machine-learning applications.