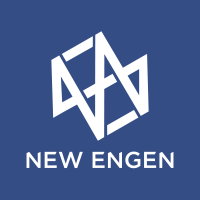 New Engen, a digital marketing startup led by veterans of online retailer Zulily, has raised $8 million, according to a filing with the U.S. Securities and Exchange Commission.

GeekWire previously looked into the startup last September when it raised $2.5 million, and at that time there was basically no information out there about the company. Now we know a little more. New Engen’s website says it helps customers like Rover, Thrive Causemetics and Volt Athletics get a greater return on ad investment thanks to its proprietary technology.

New Engen representatives did not return multiple requests for comment from GeekWire.

David Atchison, former senior vice president of marketing and analytics for Zulily, is the CEO, and Justin Hayashi, former director of customer acquisition marketing for Zulily, is president and co-founder of the company. Jean-Guy Speton, formerly a senior software engineer at Zulily, is also a co-founder and the chief engineer. Also listed on SEC documents are Gus Tai, a general partner at Trinity Ventures, and Eric Carlborg, an investment professional at August Capital. Both Trinity and August have invested in Zulily, which sold to QVC last year for $2.4 billion.

According to LinkedIn listings, the company has 36 employees, with another seven open positions on its website.

The formation of New Engen marks what we believe is the first venture-backed company to spin out of Zulily, since it was sold last year to QVC.