A team of chemical engineering and business students from the University of Washington earned the top prize at the 20th annual UW Business Plan Competition hosted by the Foster School’s Buerk Center for Entrepreneurship Thursday evening in Seattle.

The team, led by chemistry expert and CEO Greg Newbloom, created a new way to filter molecules in an effort to disrupt the market for existing alternative energy products.

Newbloom said that his team found a way to turn small silica packets commonly found in shoeboxes into filters for molecules and use them for more sustainable energy solutions. He likened the technology to a coffee filter built for molecules.

The competition was composed of nearly 600 judges, coaches, mentors and more. Newbloom said he appreciated the guidance as well of the sense of community it provided.

“There’s a lot of validation having so many people take a look at the plan,” he said. “Having that feedback and that critique helps us to know we’re on the right track.”

The company’s first membrane is built for redox flow batteries; other potential use cases include pharmaceutical purification, fuel cells and reverse osmosis.

Membrion didn’t just walk away with the first place prize. They were also given the “Best Idea for the Future” award, bringing their total earnings of the night to $27,500.

Here’s a rundown of all the winners: 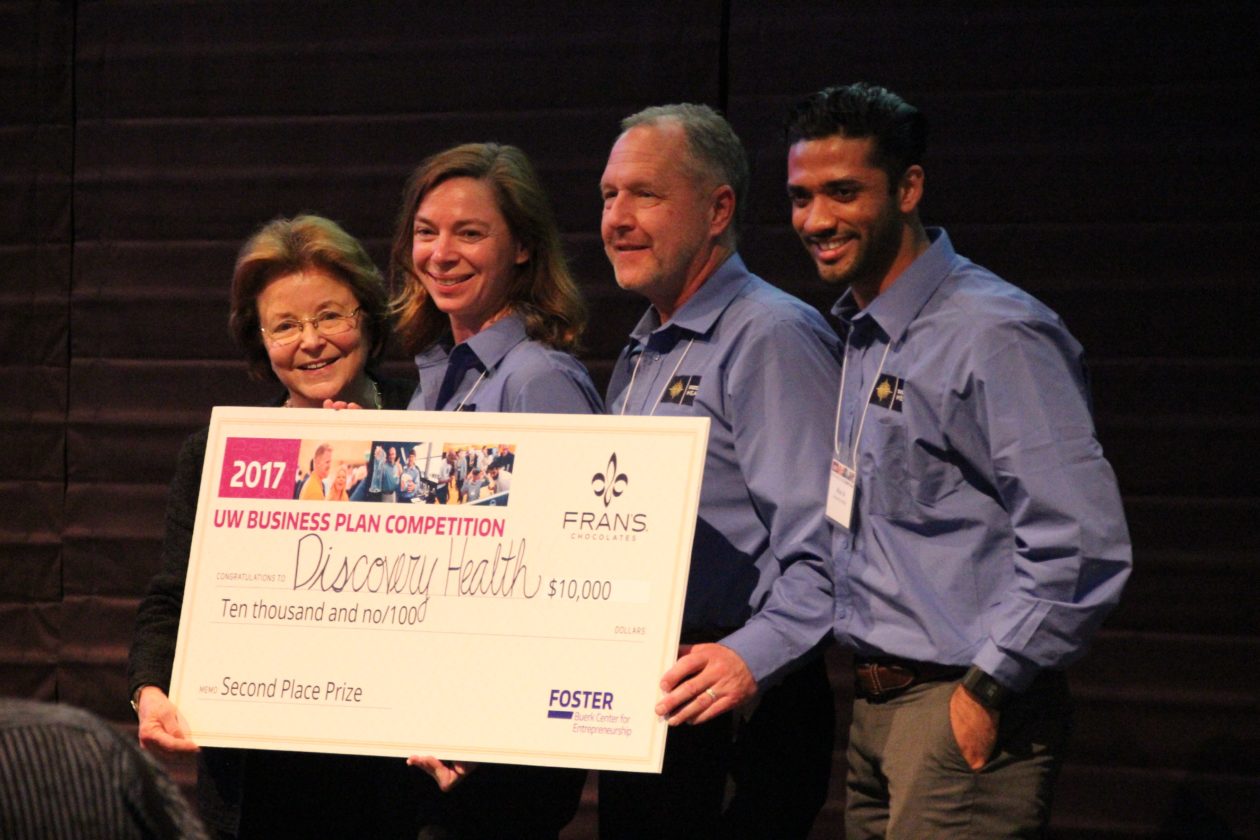 LC-Tourniquet, awarded $7,500 for their third place prize, is breaking ground on pre-hospital treatment for patient’s whose blood flow is restricted and can’t get to their limb after a trauma. The students behind the “limb chilling tourniquet” have backgrounds in mechanical engineering and business from the University of Washington. 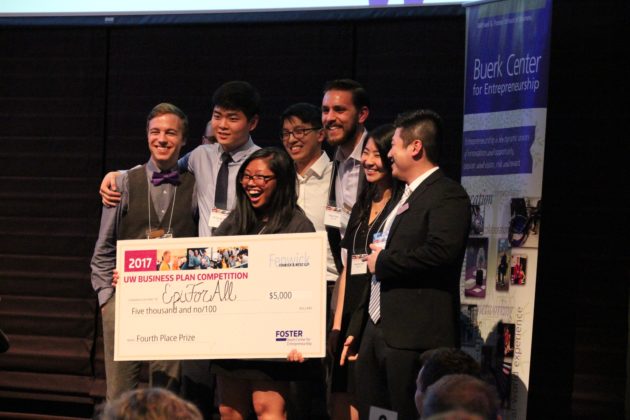 EpiForAll earned fourth place and took home the $5,000 prize and an additional $2,500 for being the “Best Idea with Global Reach.” Their affordable epinephrine auto injector can be used in emergency situations and replaced easily at a lower cost than epinephrine products on the market today. The team previously won the grand prize at the Hollomon Health Innovation Challenge. The students behind the company have backgrounds in pharmacy, business and mechanical engineering from UW.

The UW Business Plan Competition celebrates its second decade of seed funding since its creation in 1998. Since then, the Competition has given over $1.3 million to student teams with aspiring business ideas.

Other prizes were awarded to the following teams, with descriptions of each team provided by UW:

AbiliTrek provides hotel booking services with a focus on people with disabilities through a user-generated review system of hotels based on their accessibility.

At A-Alpha Bio, we aim to reduce the number of drugs that fail after reaching late-stage clinical trials by providing the first multiplexed in vitro toxicity screen to quantitatively measure off-target inhibition of protein interactions.

ShopSight is a data platform that combines RFID technology with patent-pending signal processing and machine-learning algorithms to provide brick and mortar retailers with consumer behavior data that is comparably granular to that of e-commerce sites.

PlayGait is a non-electronic, adjustable, and low-cost gait improvement device that clinicians and parents can use to support in-home and community walking practice for kids with neuromuscular disorders. Your investment in PlayGait will bring the first non-electronic pediatric exoskeleton to market!

IndieHarvest creates a portable indoor vertical hydroponic farming system and rents it out on a subscription basis in an effort to save water and land use.

Airy provides battery-less, wireless home security solution through sensors that can be mounted on the door or window frame to harvest mechanical energy from the impact produced in the normal operation.

Our business plan is to scale up a patented jet fuel technology from the current lab scale to pilot scale and eventually to a demonstration plant that can attract licensees, manufacturing partners, and investments.

Upshot Nutrition is a nutrition tracking system. It uses data and artificial intelligence to lower the data entry burden, and create insights for its users.