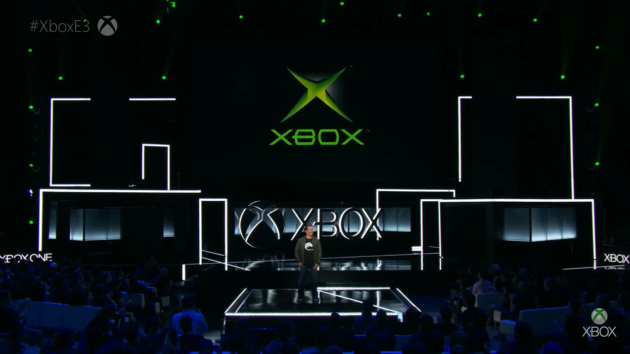 Now there’s a logo you wouldn’t have expected to see at Microsoft’s 2017 Xbox E3 press event. That’s the original Microsoft Xbox logo, dating back more than 15 years to 2001.

Phil Spencer, head of Xbox, used that throwback logo to set up a surprise announcement this afternoon: He said the company’s engineers are working to make selected games from the original Xbox library work on current Xbox One consoles starting later this year.

Spencer described the announcement as an expansion of the existing backward-compatibility program that allows Xbox 360 titles to work on the Xbox One. He cited “Crimson Skies: High Road to Revenge” as an example of an original Xbox game that will be playable on Xbox One.

Like the Xbox 360 games, original Xbox games “will look better and play better across the Xbox One family,” Spencer promised.

However, he didn’t give any details on how the program will work, promising more details later this year. At this point, only the most hard-core Xbox gamers would still have their original Xbox discs sitting around the house, so it will be interesting to see how Microsoft rolls this out.