In the latest sign of Microsoft’s continued investment in artificial intelligence, Microsoft Ventures announced today that it is teaming up with three venture capital firms from Seattle, London, and Israel to host a global competition for startups building AI-related technology. 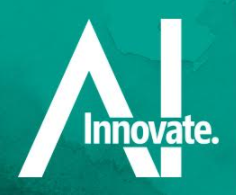 Madrona Venture Group Managing Director S. “Soma” Somasegar, a Microsoft veteran who joined Madrona in 2015, originally reached out to Microsoft Ventures leader Nagraj Kashyap about teaming up for an AI startup competition. Kashyap liked the idea but Microsoft wanted to do something on a global scale — hence why the other two VC firms are involved.

Kashyap said the competition is an efficient way for Microsoft to find up-and-coming AI companies beyond its typical bandwidth, while it also gives entrepreneurs a chance to land funding.

“We came to the conclusion that if we want to cast a wider net, this is the way to do it,” he told GeekWire.

“We wanted to help surface and identify great entrepreneurs with fantastic ideas, and we wanted to do it in a thematic way,” he said.

Microsoft and the venture capital firms will each make an investment in the winning companies that Somasegar described as a standard convertible note. Any intellectual property will remain with the startups, which are eligible if they have raised less than $4 million in combined equity funding and/or loans.

Up to ten finalists will qualify from each region for a chance to pitch their companies this spring. Startups can apply for the competition through the end of the calendar year. You can find more information at the Microsoft Ventures website.

This is another sign of Microsoft’s continued investment in AI-related technologies. Last year the tech giant formed a 5,000-person engineering and research team to focus on its artificial intelligence products; the group has grown to 8,000 people since then.

Microsoft Ventures also launched a new fund dedicated to AI startups in December 2016; Microsoft has invested in more than 40 total startups in the past year.

“At Microsoft, we believe AI has the power to transform our world,” Microsoft executive Peggy Johnson, who helped start the Microsoft Ventures fund with Kashyap, wrote in a blog post. “By building and leveraging powerful platforms like Microsoft Cognitive Services, we can amplify human ingenuity in ways we never could have imagined: changing how we work, play and live. Our approach to AI isn’t just limited to our products, but also how we participate in the broader community.”

Madrona is also betting big on AI, having invested in a dozen or so AI and machine learning-related startups over the past four years. Its portfolio companies include Turi and Lattice Data, both of which were acquired by Apple. Others include MightyAI and Algorithmia.

“We strongly believe in AI, both at a platform level as well as applying AI in vertical use cases,” Somasegar said. “We think there is a tremendous amount of impact that AI can have on businesses and consumers around world.”

Somasegar noted that partnering with Microsoft on Innovate.AI is another example of how the Seattle region is an epicenter for AI and machine learning technology development.

“We think Seattle continues to be a very important innovation hub for AI,” he said. “We are excited to build on that.”