Another day, another photo app targeted at teens.

This time, it’s Microsoft hoping to lure Gen Z users and millennials with goofy captions and emoji stickers. The tech giant has released Sprinkles, a camera app that allows users to add stickers, captions, and other features to their photos. The user can then send the photo to friends through messaging apps or share it on social media sites, like Facebook, Instagram, etc.

The app reflects Microsoft’s powerful technology but after testing it out, I can’t see it catching on in the same way that other photo-altering apps (ahem, Snapchat) have with the youths.

For example, Sprinkles uses Microsoft’s image recognition technology to recommend captions based on the content of the photo. Here’s what happened when I uploaded a photo of my dog: 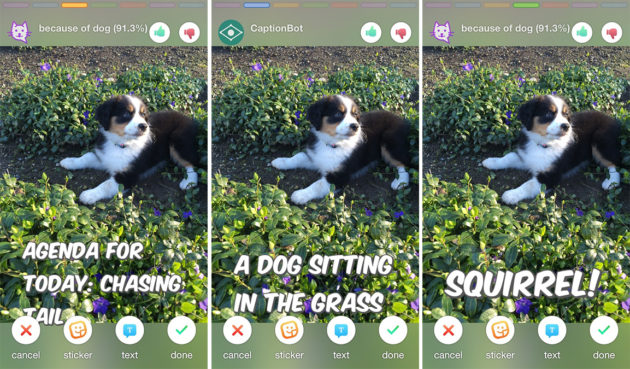 Sprinkles doesn’t just suggest captions based on the content of photos. It also uses the day of the week and your location. Because today’s Wednesday, it suggested, “Nothing ruins your Friday like realizing it’s Wednesday.” So clever.

Apple came out with its own millennial-minded content editing app, Clips, in March but it’s more focused on creating viral videos.

Sprinkles also showcases Microsoft’s age-recognition technology, which took the Internet by storm with HowOld.net a couple years back. These are Microsoft’s guesses for my boyfriend and me: 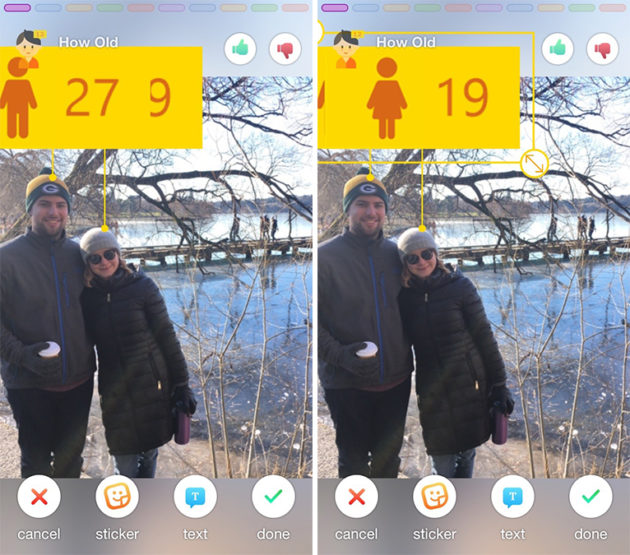 Sprinkles does a good job showing off the robust machine learning technology in Microsoft’s arsenal — and perhaps that’s all the company is going for — but as a photo editor, it’s a little lacking. There aren’t filters or editing capabilities beyond zooming, and playing with the app, I didn’t come up with anything I had to share.

Except, of course photos of my new puppy. I’ll share those anytime anywhere, as evidenced by this story.