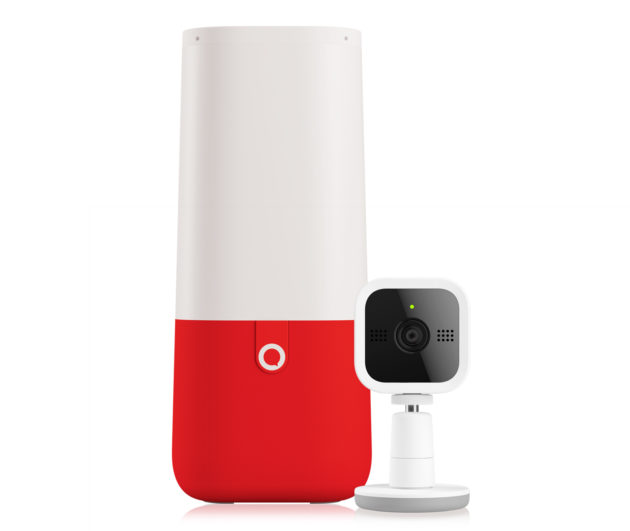 Mattel’s voice-activated smart hub for kids, Aristotle, first caught our attention at CES this year. Powered by Microsoft’s Cortana, the device promised “to aid parents and use the most advanced AI-driven technology to make it easier for them to protect, develop, and nurture the most important asset in their home—their children.”

Our favorite feature: a mode that required kids to say “please” before the device would respond.

This week, however, Mattel said it canceled the smart hub and camera system, as reported by the Washington Post. The company said it decided to pull the plug after its new chief technology officer decided that Aristotle didn’t “fully align with Mattel’s new technology strategy.” It had originally been set to debut this summer for $299.

Mattel’s announcement came after lawmakers and child development experts raised concerns about the data the device would collect, and the negative implications of technology replacing vital interactions with parents. It’s a fascinating situation in part because it demonstrates the current limits of AI. Technology is increasingly ready to embrace our robot future, but maybe humans aren’t.

The company had pitched Aristotle as a system that could grow with kids as they aged. It included the ability to automatically detect when a baby cried and play a lullaby or turn the lights on low. In a learning session, it would light up green or red to let toddlers know if they’ve answered questions correctly. For older kids, the device it was designed to be used used for homework help, music, games and foreign language lessons, among other features.

“Young children shouldn’t be encouraged to form bonds and friendships with data collecting devices,” the Campaign for a Commercial Free Childhood wrote in a letter to Mattel this week. “Aristotle will make sensitive information about children available to countless third parties, leaving kids and families vulnerable to marketers, hackers, and other malicious actors. Aristotle also attempts to replace the care, judgment, and companionship of loving family members with faux nurturing and conversation from a robot designed to sell products and build brand loyalty.”

In a Sept. 28 letter, Rep. Joe Barton, a Republican from Texas, and Sen. Ed Markey, a Democrat from Massachusetts, asked Mattel a series of specific questions about the data the device would collect about children and families.

“The new product has the potential to raise serious privacy concerns as Mattel can build an in-depth profile of children and their family,” they wrote. “It appears that never before has a device had the capability to so intimately look into the life of a child.”