An indoor farming startup backed by some of the biggest names in tech has arrived in Seattle, expanding its effort to change how people eat fruits and vegetables.

Plenty today announced that it will open a 100,000 square-foot farm in Kent, Wash., where the 3-year-old company will grow pesticide-free, “backyard quality” produce for consumers in Seattle and Vancouver, B.C. It’s the first time the startup has expanded beyond its home markets in South San Francisco and Wyoming; it will also be the company’s first “full-scale” farm.

Plenty grows its plants in 20-foot tall towers inside a climate-controlled facility with LED lights. It does not use pesticides, herbicides, synthetic fertilizers, or GMOs. The system uses thousands of infrared cameras and sensors to collect data in the farms, which is then analyzed using machine learning to optimize how the plants grow.

Plenty said its technology can achieve yields of up to 350 times greater than traditional agriculture while using 1 percent of the water and barely any land compared to conventional methods. Plenty’s farms can also grow plants — up to 300 variants of produce — year-round, regardless of season, which helps increase efficiency. Its proximity to cities also means that produce doesn’t sit in trucks for days or weeks before ultimately arriving on your kitchen table.

In an interview with GeekWire, Plenty CEO and co-founder Matt Barnard said Seattle’s relative lack of access to local produce and the region’s emphasis on healthy food made it a perfect place to expand.

“As we looked at the West Coast, Seattle was the best example of a large community of people who really don’t have much access to any fresh fruits and vegetables grown locally,” he explained. 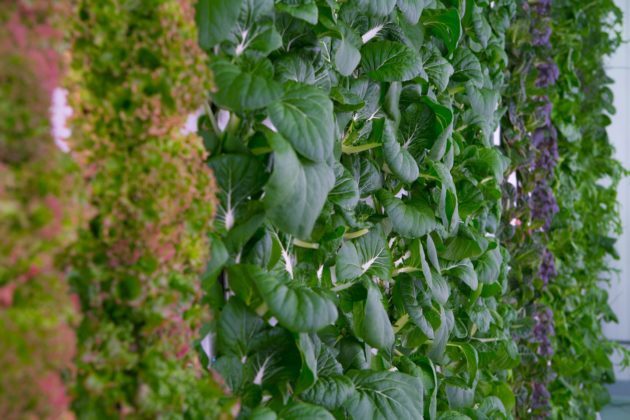 Plenty will hire 50 people at the farm in Kent, and expects to double the size of its team, Barnard said. Fresh produce will start shipping to a few restaurants initially in mid-2018, and then to other buyers that will be announced at a later date. It also plans to open more farms across the country and eventually around the world.

Plenty, which has raised $238 million to date, is not the first company to attempt to build a business around indoor farming. Local Garden Vancouver, a similar crop-yielding greenhouse concept, declared bankruptcy a few years ago and other startups in the space have struggled over the years.

But Barnard, who started the 100-person company with Nate Mazonson and Nate Storey, said costs of indoor farming have dropped enough, and the technology has advanced to the point where Plenty can promise “Whole Foods Quality at Walmart Prices,” as this Bloomberg headline noted last month. Barnard called it a “giant optimization problem.” 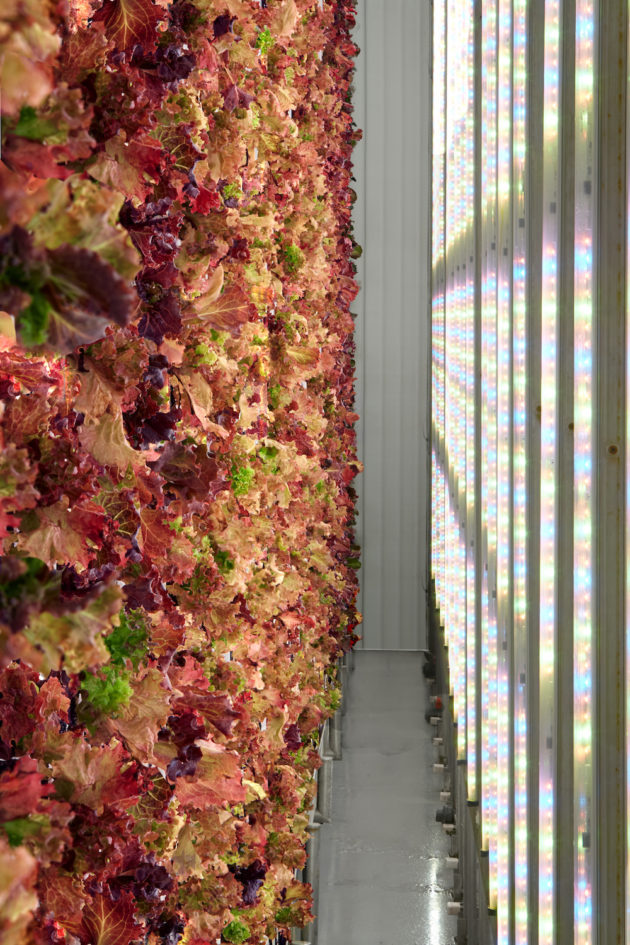 “We give plants the perfect environment to both grow fast and taste the best,” he added.

Barnard noted that the percentage of fruits and vegetables eaten by U.S. consumers and grown outside of the country continues to rise due to rising labor and land costs — up to 35 percent today, from zero a few decades ago. There is also shrinking available land that is fertile enough to grow high-quality produce, he said.

Plenty’s business model “will be relatively similar to what people know,” Barnard said, but he hinted that the company is thinking of new ways to make revenue. “We are always working to figure out how to get food into people’s hands and onto their tables in as few minutes as possible,” he said.

Barnard’s interest in creating a new way to grow food started at an early age when he grew up on a commercial food farm in Wisconsin.

“There were whole crops that we couldn’t grow on the farm in Wisconsin that I didn’t even know I liked until I moved to California,” he recalled. “I couldn’t understand why in the world people loved watermelon so much because all I knew was the stuff I had in Wisconsin, which was pretty gross because that stuff was exhausted and spent a week on a truck. Watermelons aren’t meant to spend a week on a truck.”

Plenty cites studies showing that nutrition can be depleted up to 50 percent while produce is in transit. The company says its model of growing local and getting the produce to consumers within hours of harvesting results in the most nutrient-dense product possible.

Barnard, who previously spent time working in utility technology infrastructure and cellular smart grid production, has also dealt with an autoimmune condition while his wife was later diagnosed with stage-4 breast cancer four years ago. Both of those personal life events made him realize the importance of eating healthy and he ended up conducting research into how our food affects health.

“While we don’t know as much as I would love for us to know in 2017, one thing we do know is that a nutrient-rich diet generally leads to a happier, healthier life for people — and we get most of our nutrients from fruits and vegetables,” the CEO said.