Those hoping to buy an iPhone X today at the Apple Store in Seattle’s University Village are leaving empty-handed.

Apple employees spent Friday morning turning away customers who wanted to purchase the company’s newest smartphone that went on sale today. Only people who had pre-ordered the iPhone X and scheduled a pick-up time on Friday were walking out with the device.

When GeekWire arrived at the University Village store an hour before doors opened, several people walked up, hoping to buy the new iPhone. Employees said a new shipment could be coming in and told customers to check Apple’s website at 6 a.m. Saturday — if devices were available, they could buy online and pickup in the store on the same day. Otherwise, folks could order online and wait 3-to-4 weeks for a shipment to their home.

Even those who came in the wee hours of Friday morning didn’t snag the new smartphone.

Not in Seattle. @UVillage @Apple store is turning would-be linesitters away, say “no stock for walk-ins regionally today.” pic.twitter.com/1wPc0aXSEr

Walk-up customers at Apple’s Bellevue store were also turned away.

Stores in Paris also only sold devices to people who had pre-ordered. However other locations around the world certainly had the phone available to walk-up customers, judging by some of the lines.

Line around the block for new iPhone X at Apple Store Soho pic.twitter.com/VDUrG7soYA

We’ve reached out to Apple for more details and will update this story when we hear back.

For years, Apple became famous for the giant lines of fans waiting for the newest iPhone. But recent models, such as the iPhone 7 Plus, sold out on pre-order and were not available for walk-in customers at some stores on launch day.

The premium iPhone X marks the 10th anniversary of the revolutionary smartphone. It is priced at $999 and sports a 5.8-inch “Super Retina” display; an A11 Bionic chip with the capacity for powerful machine learning, augmented reality and 3D gaming; wireless charging; a pair of redesigned cameras and the ability to unlock the phone via facial recognition.

We caught up with folks outside the Apple Store on Friday — both those who pre-ordered and people who were turned away — to learn more about why they want the iPhone X. 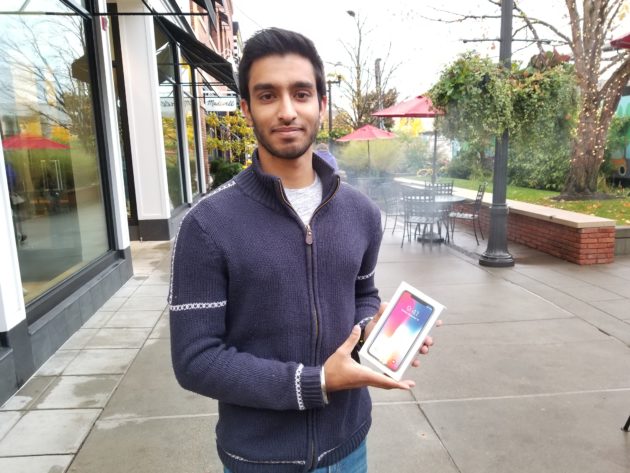 “I’m an app developer and I feel like it’d be beneficial to have one, especially with the augmented reality stuff, which I work on. I’m excited about the power inside of it; it’s also a very nice-looking phone. I feel like this is the direction Apple is moving and as a developer it’s good to be ahead of the curve. I had the iPhone 7 Plus — this is really expensive so I’ll probably not upgrade for a couple years. I’ll stay with this one for a long time.” — Dilraj Devgun (pre-ordered and picked up at store on Friday) 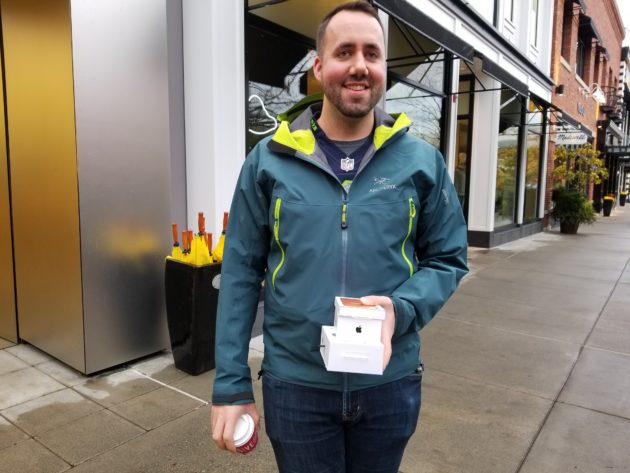 “I’m an early adopter of all things tech. Generally speaking, I upgrade my iPhone every year and this one felt compelling enough to do. It’s certainly expensive, but at the same time, having felt it, it’s a quality piece of hardware. Looking at technology inside of it and knowing what goes into making these things, it seems totally like a reasonable price to me.

I’m excited about the Face ID, oddly enough. I know a lot of people are really hit or miss on it, but I think what it’s going to unlock in future, the ability to recognize emotion in faces — I think the Animoji is the most crude possible use of it, so I’m really excited to see what happens once developers start taking advantage, if and when Apple enables access to the camera. To be able to look at my phone and have different actions inside of an application — maybe if I look angry, it’ll show different content to me. I think it’ll be really cool.” — David Schripsema (pre-ordered and picked up at store on Friday) 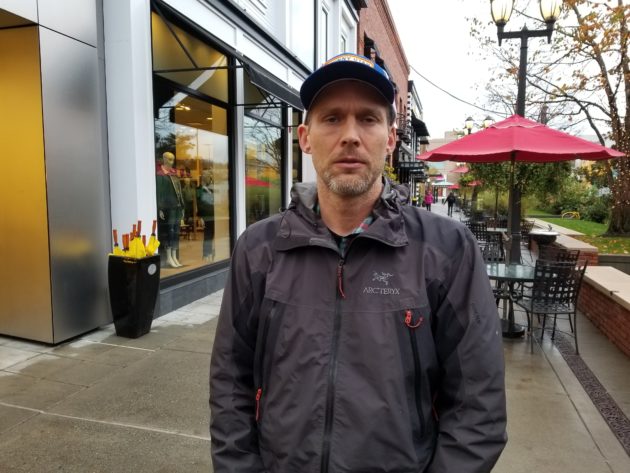 “If it wasn’t for the price, this would be a no-brainer. But $1,000 is a little steep. I’m kind of pissed off because I’ve owned almost every single iPhone and have been waiting three years with the same form factor. So finally they change the form factor and charge $1,000 for it — as an Apple and iPhone fan, that kind of pisses me off. I feel a little robbed, but whatever, it’s business, right?

I’m still undecided on this one. I have the iPhone 7 now. I want to look at it and hold it. It’s pretty different with the new gestures. The biggest thing I like about it is the bigger screen and wireless charging.” — Adam Jarvis (walk-up customer) 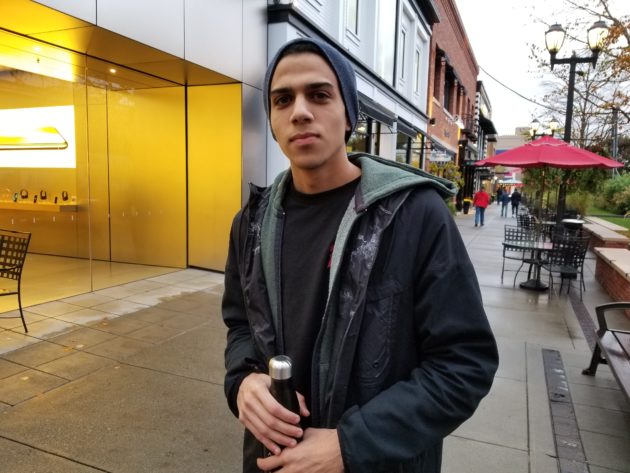 “I’m a long-time Android user and have been phone to phone for video quality. I like the size of the iPhone 7, but it never had that dual camera that the 7 Plus had, so as soon as they announced that the iPhone 10 would be the size of the 7 but with that stronger camera quality, I decided it was time to jump from Android.

If you look at the quality of phones, [other companies] are matching their price. It just keeps rising. Samsung isn’t too far behind.

I’m not that much in a rush, so we’ll wait for reviews. Maybe it’s a blessing in disguise — I can wait for people to test it out now.” — Mohammed Ali (walk-up customer) 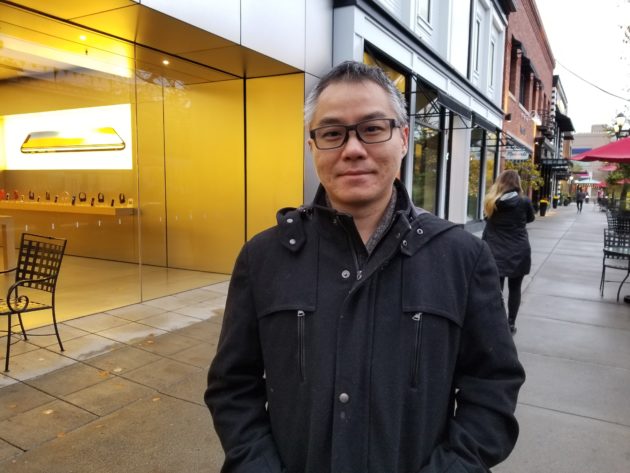 “I am just getting one for my wife. She’s used every version of the iPhone since the iPhone 5. I was going to get her the iPhone 8, but this one looks pretty neat with the full screen, so that’s what we want. She has to upgrade because her iPhone 7 dropped in the river.

“This is something we’ll use everyday that we look at all the time, so to spend a few hundred bucks, that’s fine. It’s going to last for a few years.” — Sean Chao (walk-up customer)