AUSTIN, TX — SXSW has turned into one of the world’s largest annual tech events, where thousands of people from across the globe who are passionate about innovation and creativity descend upon Austin, Texas, for a week of panels, presentations, parties, and more.

It’s always fun hearing what folks at a conference like this think about Seattle, a fast-growing tech-focused city that’s nestled in the upper left corner of the U.S. and home to GeekWire.

What do innovators, creators, entrepreneurs, and others think when they hear “Seattle” in 2017? Do the answers differ than if we asked in 2007, or 1997?

Rain, unsurprisingly, was far and away the most common answer. Asked about Seattle’s tech scene, almost everyone mentioned Microsoft; many also said they knew people who worked at Amazon. Lots of people brought up a high cost of living. For the few international folks I spoke with, Sleepless in Seattle and Frasier were reference points for the Emerald City.

I did the same experiment last year in San Francisco at TechCrunch Disrupt — GeekWire did something similar in New York City, too — but this time around the answers differed a bit, given the event and location. Read on for their thoughts, and check out all our SXSW coverage here. 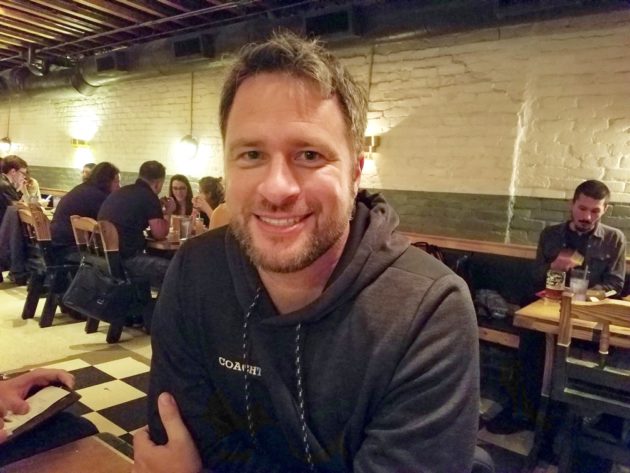 Wade Floyd from Austin, Texas; CEO and founder of CoachTube.

On Seattle: “I went to the Gumwall. I think it’s really smug. The weather sucks and it’s so bad that people stay inside and build cool tech companies and create great music because they don’t get out. There’s good seafood.”

On the tech scene: “There’s a guy named Bill who started a pretty big company I heard about. But the tech scene is not as cool anymore because Microsoft isn’t cool. I know it’s active, but I just think of Microsoft. It feels like there would be a lot of Microsoft money invested in startups, but I don’t hear about it.” 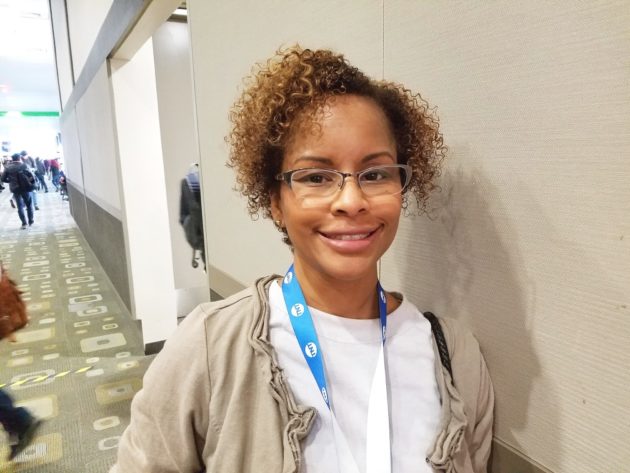 On Seattle: “In Seattle, people seem like they are interested in being outdoors-y and healthy. It seems like everyone takes public transportation whether or not they are high or low income because they are so involved in maintaining the environment and not contributing to the carbon footprint by having four transportation choices. It’s a bit pricey. It’s a bit gloomy. But it seems like a lovely city.”

On the tech industry: “I know they have companies like Microsoft there and probably a lot of companies that do business with Microsoft. I have a friend that works at Amazon. As far as I know, it’s relatively high tech. I’m not sure if it’s the edgiest of edgiest, but there are at least large companies that employ lots of people that do things that keep them connected.” 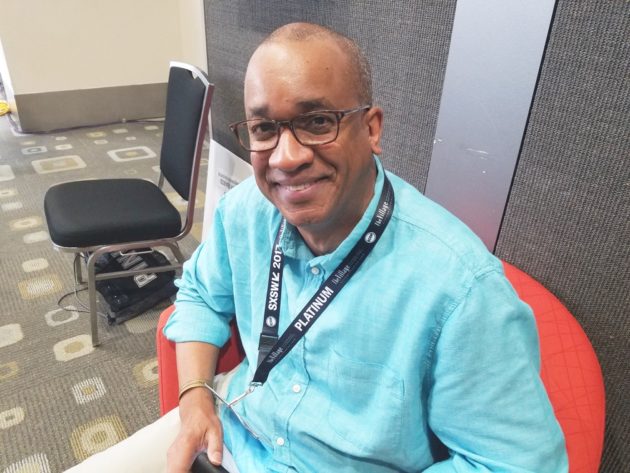 On Seattle: “I like Seattle. I like the food culture there, and of course the people know what they’re doing with coffee. I’m not crazy about the weather, but you can’t control that. I loved taking the ferry over to Bainbridge Island — that was really, really cool. I really like Seattle. I spoke there a year and a half ago and I’m looking forward to going back.”

On the tech industry: “I know the tech industry is a formidable part of the economy there. I understand that Amazon is having a lot to do with some of the downtown re-do. Because of Microsoft, there is a tech corridor there. I do think of technology as a describing word when I think of Seattle.” 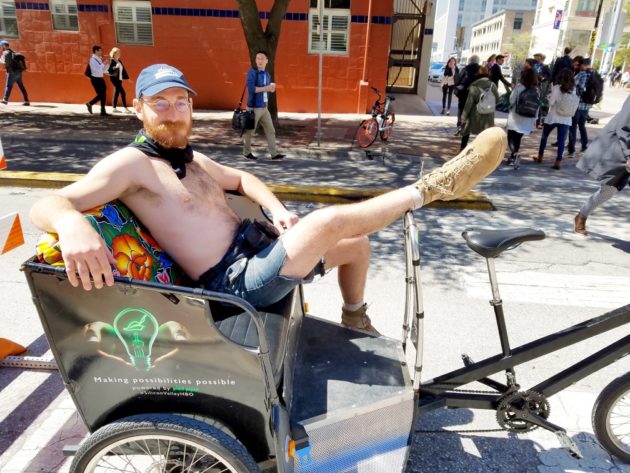 On Seattle: “The rain comes to mind. Space Needle. I can’t remember the bar district, but it’s really cool. I dated a girl from there briefly. I was flirting with her with back when I owned a pedicab shop here in Austin. She came back, we kind of messed around during SXSW and had a blast. She went back up to Seattle where she was studying her PhD in philosophy. She’s like, ‘you should come up and visit sometime,’ kind of like a dare. And I was like, ‘when?’

“I literally flew up there, spent a bunch of money for a week hanging out, basically on a first date. It was awkward but it was awesome. I had a blast. Gasworks Park. It’s too rainy for me, but a very chill vibe. It’s also a lot more professional than Austin. If I was a lot more successful, I’d probably live there.”

On the tech scene: “Microsoft is there, right?” 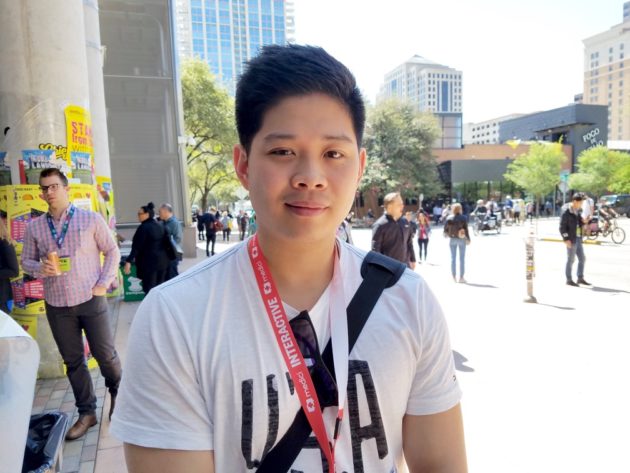 On Seattle: I only know it from the TV series Frasier. It seems like a big city, but I don’t know if it’s staged.” 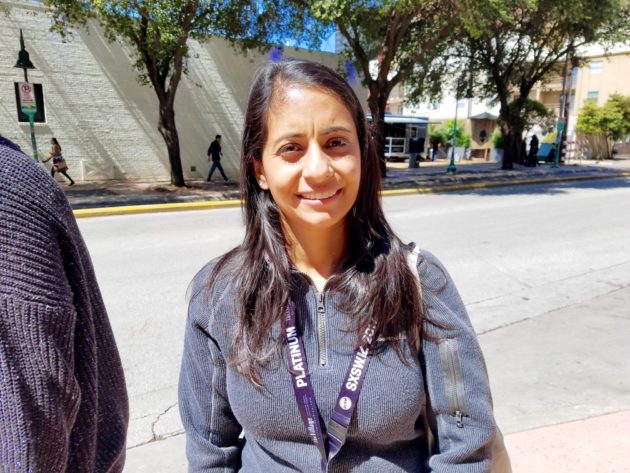 On Seattle: “I used to live there before moving to Austin in 2005. It was really green, very walkable, and very nature friendly. I like the food and seafood. I felt like all the restaurants had really fresh ingredients — that was really good. There were lots of local little trips you could take.

Austin and Seattle are very similar — the music, the kind of young, working professional crowd. It’s very nature-istic here. I’ve lived in other cities in Texas; Austin is very unique in that sense of there being fresh local food and very outdoors-y. They have a lot of similarities.”

On the tech scene: “I remember Bellevue being an area where there was a lot of technology and startups.” 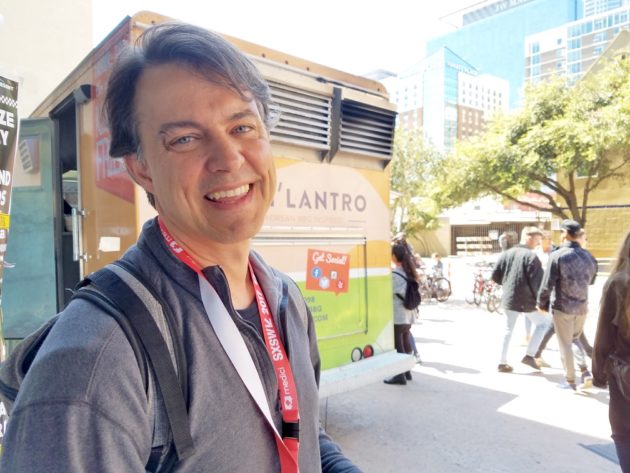 On Seattle: “Progressive mindset; bustling tech space; diversified economy; it’s on the coast; it’s rainy and misty and coolish all year with cloud cover; temperature is average; people like to windsurf; people like coffee; great music; cool people. But I actually haven’t been.”

On the tech scene: “It’s a tech hub. Google and Microsoft have a presence in the area. I’m assuming it’s like Austin; you can almost think of them like sister cities. If my wife didn’t mind the rain, I would consider it a relocation or destination city in the U.S. You think about bustling tech spaces without the overload of heavy infrastructure — like San Francisco, Austin, Seattle — where the human balance is weighted more equally to infrastructure. I sidestep places like New York City and Chicago where the infrastructure overwhelms the human experience.” 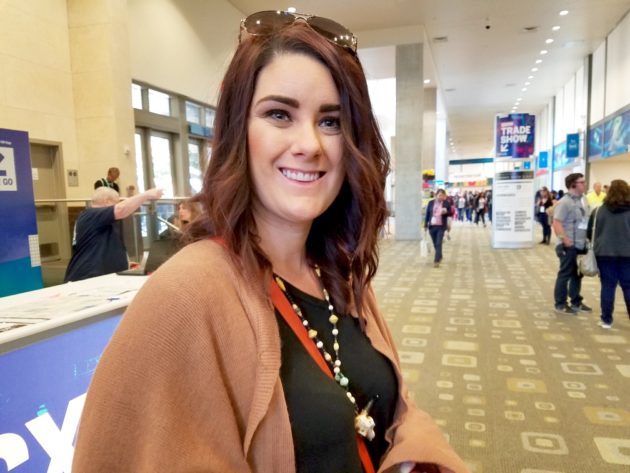 On Seattle: “I visited and had the best time. I love the outdoors — we went whitewater rafting, hiking, and snowboarding, and whale watching. I really like the Seattle area. It’s in my top 3 cities. When I first visited, I wasn’t a huge fan of the weather. It was kind of dark and gloomy. But in reality, it wasn’t like that the whole time. I think people have a misrepresentation of what Seattle is and what the weather is like. It’s actually really beautiful.”

On the tech scene: “Amazon. I have a friend who used to work there.” 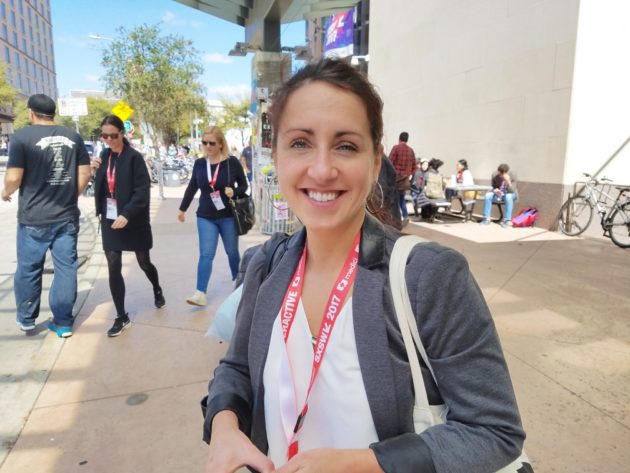 On Seattle: “Sleepless in Seattle.” 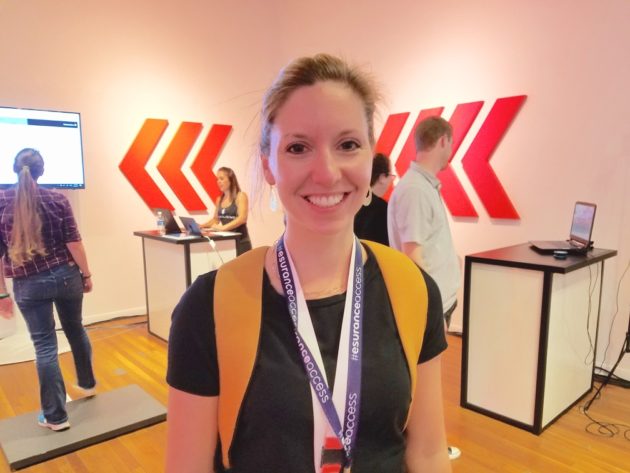 On Seattle: “Amazing views. I love the Puget Sound; taking the ferry to Bainbridge Island is one of my favorite things to do. Great food; great sushi. There’s the market where the guy throws that fish. People are friendly. People ride bikes.”

On the tech scene: “I spend a lot of time at Microsoft and Amazon and the Google office there. It’s becoming kind of saturated because people discovered how amazing it is there. It’s also great for tech startups.” 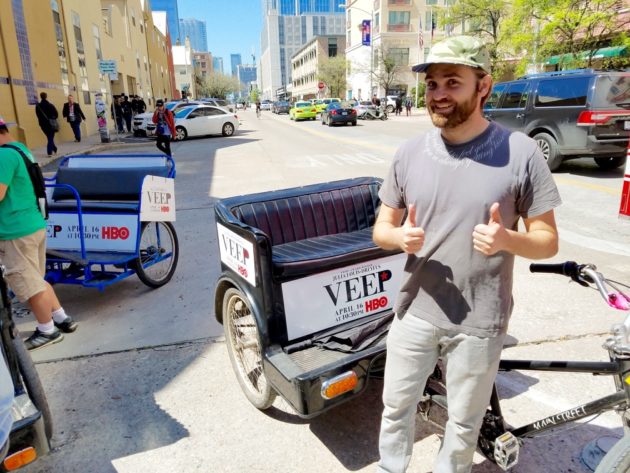 On Seattle: “Rain. Isn’t Nintendo of America up in Seattle? There’s a lot of game development companies. Valve is up there too, right? And Starbucks. 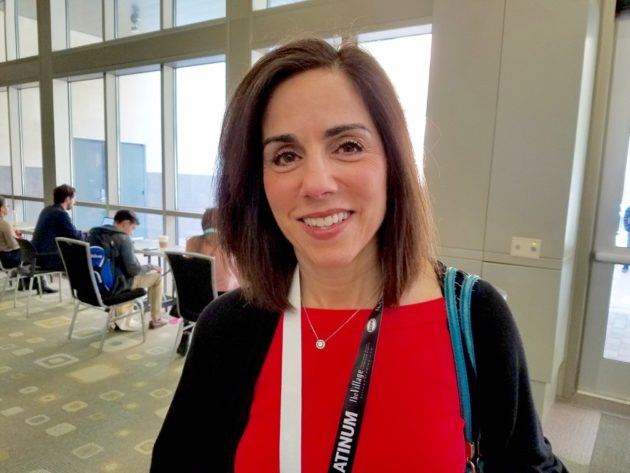 On Seattle: “It’s laid back and rainy. The fish market — I saw the flying fish. It’s a healthy city. It’s like Austin or Washington D.C. — young population, vibrant, and healthy. I do see a Seattle-Austin connection. 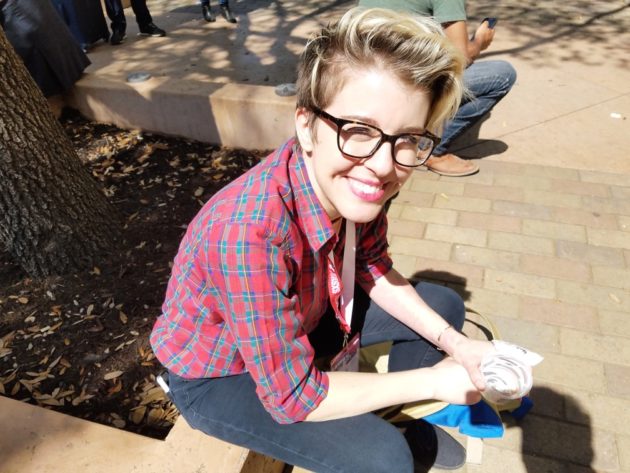 On Seattle: “It’s sort of like the grown up stepsister of Portland, but with more button-ups and fewer tattoos. Everyone I know who lives there loves it. It sounds like the people are super nice. The Pacific Northwest tends to create that. I’ve also heard it’s rainy, but so is Portland.

On the tech scene: “Seattle is a great place to get a tech job. I’ve gotten a lot of recommendations to look for jobs up there. Seems like a lot of opportunity.” 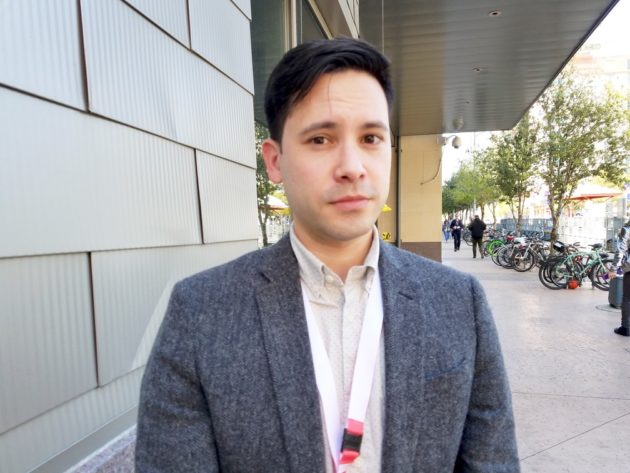 On Seattle: “Rainy. Liberal. A cool city. A nice place to visit, but I might not want to live there. I’ve spent a lot of time in San Francisco and I have similar views about Seattle.”

On the tech industry: “Microsoft. Wizards of the Coast is near there, too.” 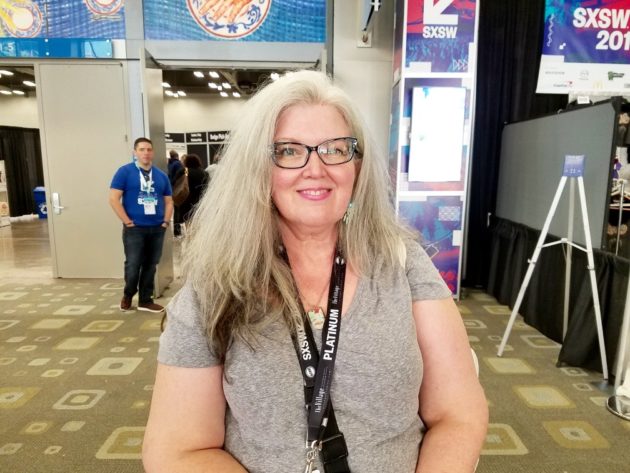 On Seattle: “I’ve heard that it’s a very technologically-savvy city and that it rains all the time. I’ve seen pictures of Seattle — it’s beautiful. I’ve heard the cost of living is frightening.”

On the tech scene: “The only company I know is Microsoft. I’ve also heard that the tech industry in the Pacific Northwest is ageist, which is kind of disconcerting.” 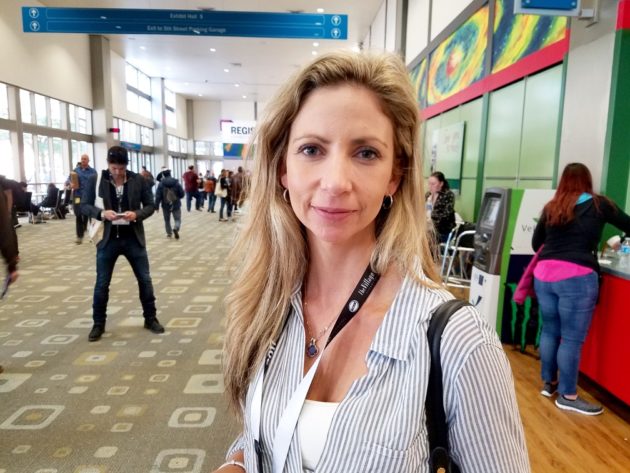 Laura Chicurel from San Francisco, Calif.; working with a startup in the corporate innovation space

On the tech scene: “Microsoft is the only reference I have of Seattle. My friend just moved there from Canada because of her husband’s job at Microsoft and says it is very green, very family-oriented, and very safe.” 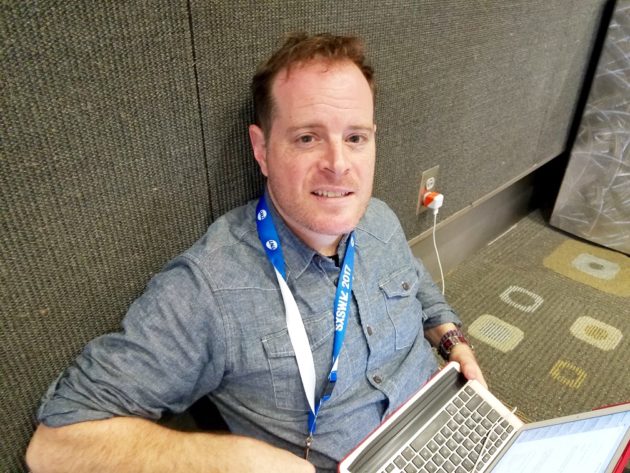 On Seattle: “I know it’s beautiful, from what I’ve heard. It’s on my list of places to travel to. I’ve heard it’s expensive — that’s one negative thing that always comes up. The Needle; the fish market, the water-side city. 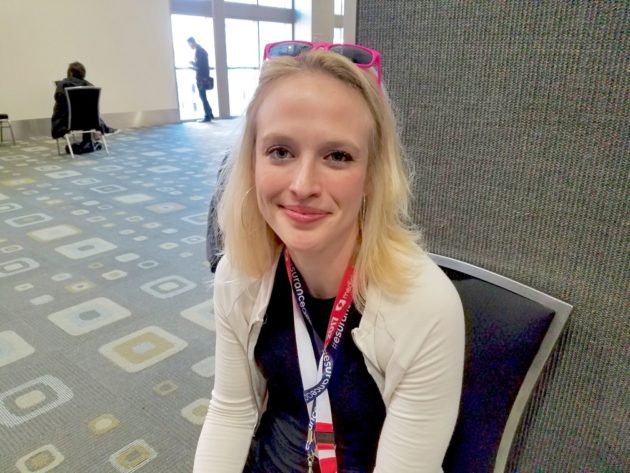 On Seattle: “Starbucks and just the coffee culture in general. Last time I was out there, they had all the pop-up shops with different types of coffee. It was cloudy the entire time I was there, so I never actually saw the mountains. I think of the ocean and a lot of farm-to-table restaurants. There was an awesome hipster culture that was emerging when I was there.”

On the tech scene: “I also think of Microsoft; I know there are a lot of tech companies there.” 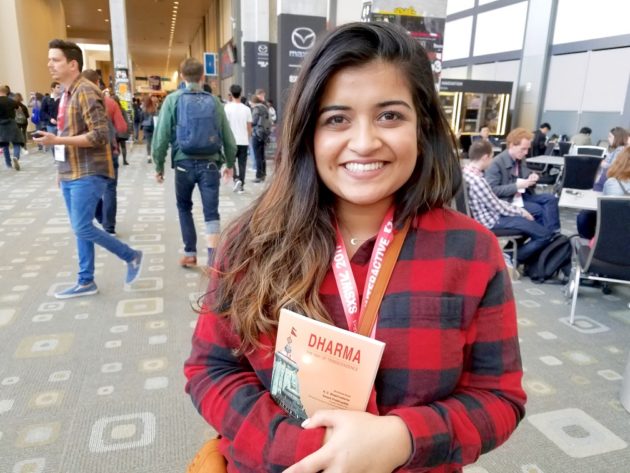 On the tech scene: “I think of Starbucks and Amazon. And Microsoft. It’s more techie. I don’t know about startups as much, but I know it’s more big corporate-type technologies.”