A decade ago, if you were trying to get around in a city without a personal vehicle, there were a few options. You could utilize public transportation like a bus or subway; hail a taxi from the street; walk; bike; or have a friend drive you around.

Fast forward to 2017, and technology has changed the game. Ride-hailing apps like Uber and Lyft are prevalent in nearly every large U.S. city while car-sharing services like Car2go and BMW ReachNow are quickly gaining popularity. Consumers now have access to a bevy of transportation choices, all powered by your smartphone. 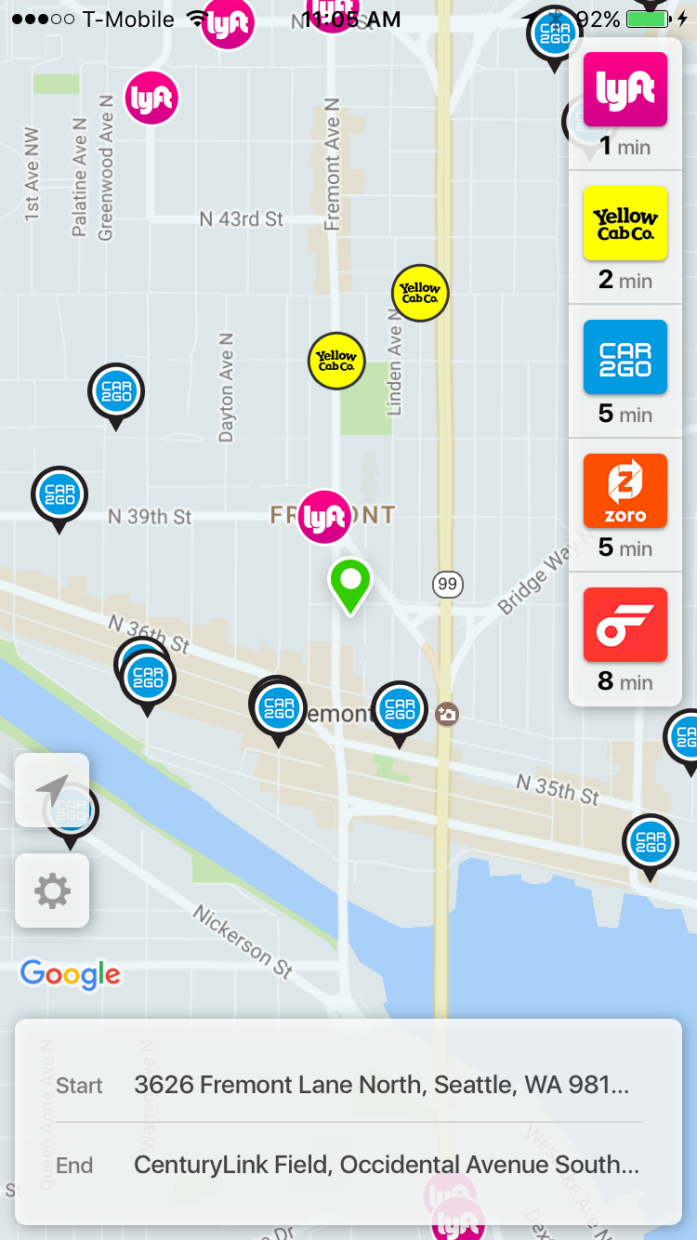 But how do you know which is the cheapest, or which option will get you to your destination the fastest? Does it make sense to use car-sharing if surge pricing for apps like Uber and Lyft is in effect? What’s the best option in your vicinity? And what services are even available in the city you’re in?

This is the problem Migo wants to solve.

The Seattle startup continues to build out its app that acts as a real-time search engine for on-demand transportation. GeekWire wrote about Migo’s $1.5 million investment round in February, but CEO and founder Jeff Warren talked more about the company’s vision and technology in a recent interview.

The app, which is still in beta mode with users in Seattle — you can sign up for the beta here — aggregates different transportation options, with real-time data on price estimates and wait time. It lets users hail and pay for a ride all from within the Migo app.

Warren is a veteran of Expedia, where he led groups working on mobile products, regional marketing, and more. He also spent time with the travel giant’s metasearch team, which built software that helped Expedia drive transactions and expand its brand across the world. Companies like Kayak, Trivago, and TripAdvisor have built entire businesses around the idea of metasearch.

“There are lots of parallels in personal transportation,” Warren said.

But Warren doesn’t describe Migo as a “Kayak for on-demand transportation” and strays away from calling it a pure aggregator. He likens it more to a “Netflix for personal transportation.” 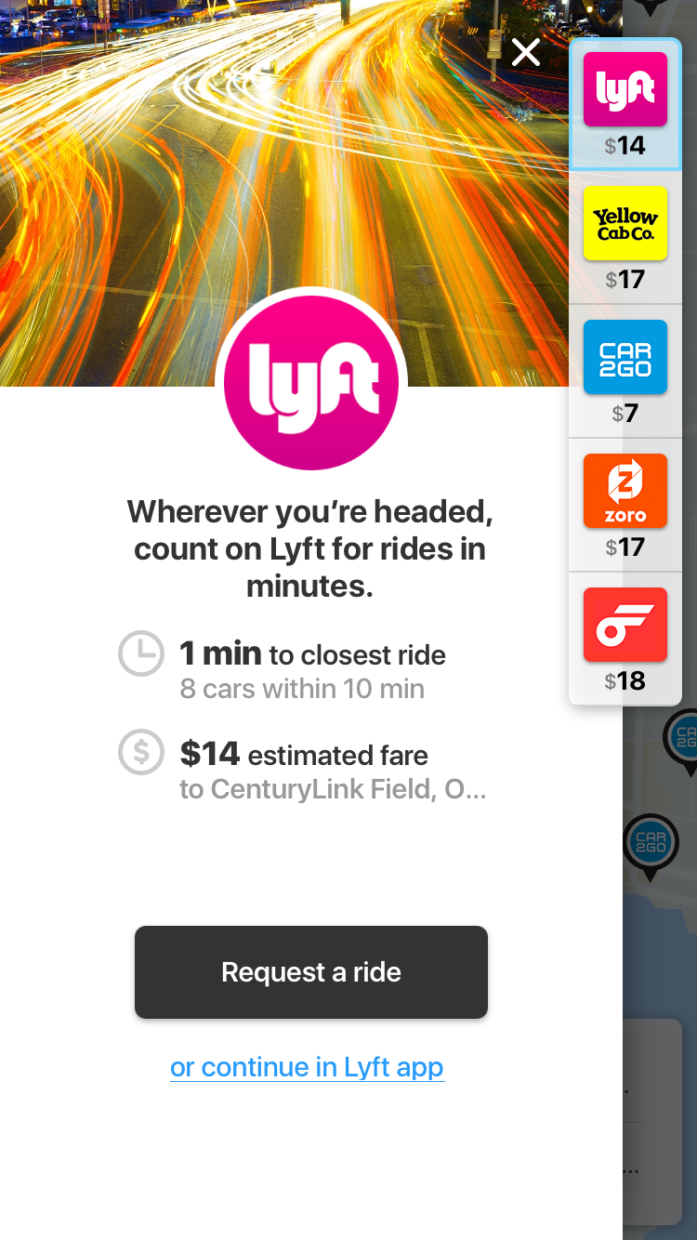 “It’s all about discovery,” he explained. “You’ll go on Netflix and watch your favorite show, but then it will get to know you and allow you to discover things you wouldn’t otherwise. That’s how we think about Migo — it’s definitely aggregation, but it’s also just as much about discovery.”

Warren said the lightbulb went off when he started looking at transportation trends in cities. He said there are now 9-to-15 e-hailing options, on average, in cities across the U.S. and Canada, with many sprouting up in the past year or so. Urbanization trends suggest that usage of these services will only increase over the next decade, with fewer people relying on personal vehicles.

“What has evolved is a really rich ecosystem of personal transportation options in all these cities,” Warren noted.

Having so many more choices is good for consumers, but Warren realized that they often times aren’t aware of all the options available, and even if they do, people don’t typically like switching between 10 different apps. Also, based on the company’s research, the “best” service for a specific user changes throughout the day and depends on time, location, and overall usage by other customers.

That’s why Migo’s mission is about discovery.

“There are a lot of options,” Warren said. “It’s just hard for people to know it.”

Migo hooks into APIs from apps like Lyft to funnel available options into its own app, allowing the user to search, book, and pay for a ride all within Migo. For apps that do not have APIs, Migo has developed its own virtualization platform that lets it re-represent external app data into Migo itself.

Services like Lyft, Car2go, and Seattle Yellow Cab are on the app, but one particular service — Uber — is not.

Warren said that in order to get all providers on Migo, and particularly the dominant ones, “you have to have a value proposition for them: new customers or incremental business.”

“Over time, just like we saw with Expedia, everyone will join, but we have to be at scale where we’re interesting to everybody,” he added.

Migo makes money by charging a per-hail fee and a customer creation fee.

Warren said that his team has discussed incorporating public transit data into its app, but for now it is focused on on-demand transportation providers.

There are several other competing services in this space: Ride Guru and Ride Fair, to name a few. Another one, RideScout, launched in 2013, called itself the “Kayak of transportation,” and was acquired by Daimler AG last year.

But Warren thinks Migo’s timing — there are more mobility options than ever — is the differentiator.

“The biggest and most fundamental difference is the ecosystem,” he said.

Migo has raised $2 million to date and employ 5-to-10 people.