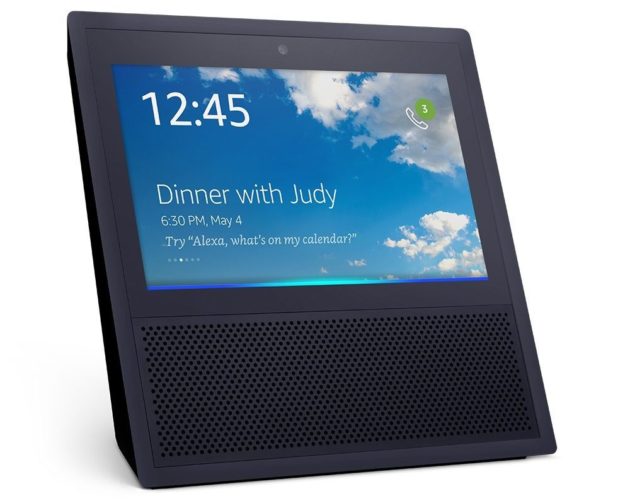 Google and Amazon are having a tiff.

The Verge reported Tuesday that Google dropped support for YouTube on the Echo Show, Amazon’s first Echo device that features a touchscreen and debuted this summer. When asking to play a YouTube video, the Echo Show now states that Google is not supporting YouTube on Echo Show.

Judging by each company’s response this afternoon, it’s time to get your popcorn ready. Here’s what Amazon said in a statement shared with GeekWire:

“Google made a change today around 3 pm. YouTube used to be available to our shared customers on Echo Show. As of this afternoon, Google has chosen to no longer make YouTube available on Echo Show, without explanation and without notification to customers. There is no technical reason for that decision, which is disappointing and hurts both of our customers.”

Meanwhile, in a statement to The Verge, Google said that Amazon’s “implementation of YouTube on the Echo Show violates our terms of service, creating a broken user experience.”

“We’ve been in negotiations with Amazon for a long time, working towards an agreement that provides great experiences for customers on both platforms.  Amazon’s implementation of YouTube on the Echo Show violates our terms of service, creating a broken user experience. We hope to be able to reach an agreement and resolve these issues soon.”

YouTube’s API Terms of Service, which you can see here, requires developers to maintain certain features of the core YouTube experience. However, with YouTube on the Echo Show, there is some functionality missing — for example, an Echo Show user can’t subscribe to channels or see related videos.

This is the latest example of how two companies are handling the issue of competing software and hardware products coming together on one device. Google has fought similar battles over how other companies implement YouTube — in 2013, it sent a cease-and-desist letter to Microsoft, objecting to how YouTube was developed for Windows Phone.

Google and Amazon have a “funny relationship with each other,” as Android Authority noted earlier this week, with certain services and products not available on their competing platforms. For example, Amazon, which has its own Fire TV streaming stick, does not sell Google’s Chromecast on its website. Amazon Prime Video also does not include support for Chromecast.

But there are examples of tech companies working together on these types of issues, which will certainly continue to arise, particularly with the increasing use of various voice technology services. Microsoft and Amazon announced last month that Cortana and Alexa will begin “talking to each other” by the end of the year, letting each voice assistant’s users leverage the unique capabilities of the other in an unusual collaboration between the Seattle-area tech giants.