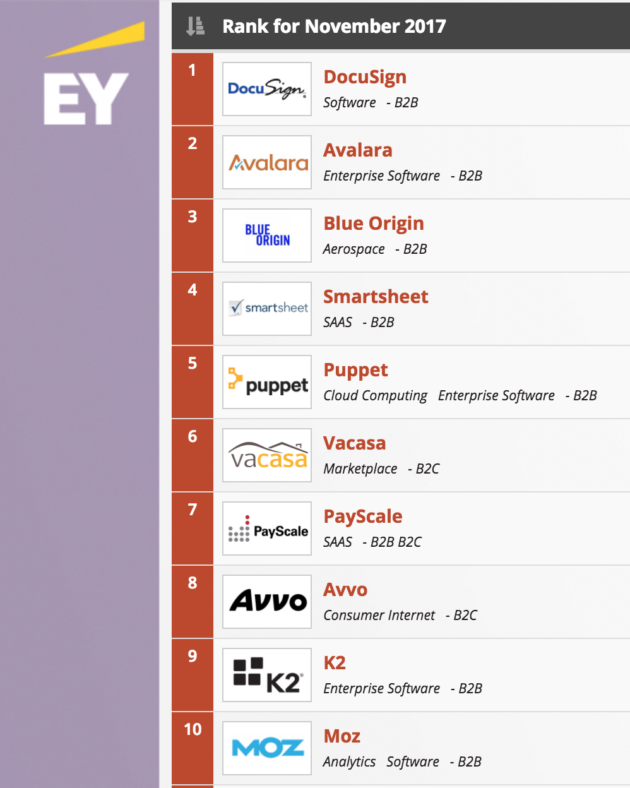 As the year comes to a close, the GeekWire 200 list of the top Pacific Northwest startups shows no signs of slowing down for the holidays.

In this, the penultimate update to the GeekWire 200 for 2017, 15 startups rose at least 10 spots and a few others made their debut or re-entrance on the list. In the spotlight this month are companies that completed some of their biggest deals to date and others embarking on interesting new partnerships.

The top 10 remained static this month. Digital signature company DocuSign retained the top spot this month, followed by tax automation tech company Avalara, space exploration venture Blue Origin, work management technology company Smartsheet and software automation company Puppet. There was some movement within the top 20, which we’ll get to in a minute.

Remitly, the startup that simplifies sending money around the globe, jumped into the top 20 this month after announcing plans for a massive funding round. The startup said last month that it had agreed to raise up to $115 million as part of a Series D round.

Remitly comes in at number 17 this month, up four spots from October.

Stay Alfred, the Spokane, Wash. startup that rents out downtown apartments and turns them into short-term rentals, has been flying up the GeekWire 200 in recent months. This month it rose 13 spots to number 82 on the list, after climbing a combined 30 spots in September and October.

Stay Alfred just completed its largest deal yet, inking a master lease for 10 floors and 140 of 350 units in the 45-story 505 tower, the tallest building in Tennessee. Stay Alfred likes to rent big swaths of new apartment buildings and turn them into something like a boutique hotel. The company says it plays a role similar to a property management company, and it is legally licensed by cities it operates in, pays taxes and runs background checks on guests. 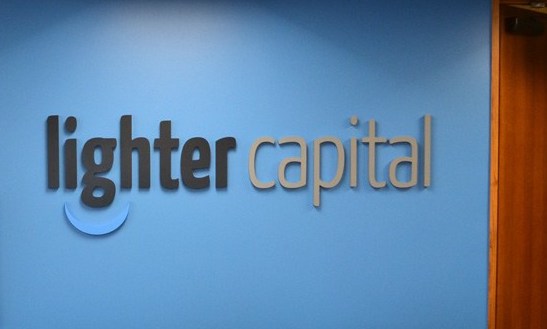 Lighter Capital is another frequent riser on the list, and this month it clocks in at number 129, up 16 spots. The Seattle investment company offers an alternative to venture capital and traditional bank loans, and earlier this month it announced a new $15 million fund in partnership with Intuit to support developers designing apps for the QuickBooks platform.

Founded by Seattle-area entrepreneur Andy Sack, Lighter Capital provides revenue-based loans to companies — meaning entrepreneurs don’t have to forfeit equity in the company to get funding. The firm raised a $100 million fund in 2015.

Here are some of the other climbers on the GeekWire 200 this month:

A quartet of startups made their debut on the GeekWire 200 or returned to the list in November. They are: Sightbox, Make.TV Inc., IMPREV and DefenseStorm.