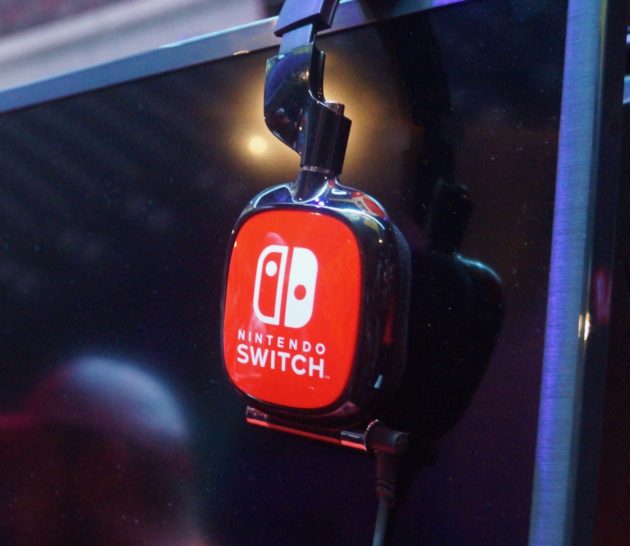 Hold onto your caps! PAX West kicked off this morning in Seattle, and all eyes were on Nintendo’s Super Mario Odyssey, the highly anticipated new Mario game featuring Mario’s friendly red hat, Cappy.

While there was a lot to see, Nintendo and its new Switch console were the stars of the show. The gaming giant, which has its North American headquarters in the Seattle suburb of Redmond, made a huge comeback earlier this year with the release of the Switch, selling 4.7 million consoles in just 4 months. Super Mario Odyssey is set to release October 27.

We beat the crowds in the door and got a chance to check out Odyssey, and for any ’90s kid familiar with Mario 64, it was a bit of trip down memory lane with a 3D open world and a familiar set of signature moves. Like everyone else these days, Mario has moved to the city, and he’s gotten adept at using his signature cap to defeat enemies and transform into pretty much anything you can imagine. The twin controllers took a minute to get used to, but after accidentally jumping off a bridge a couple of times, it was easy to get the hang of.

Odyssey was Nintendo’s focus at PAX, but it also put an emphasis on third-party games, showing off Rocket League, NBA2K18 and others on the Switch. One of the major criticisms of its previous console, the Wii U, was a lack of popular third-party games. Nintendo is also upping its support for independent games with a mini-expo of independent games that are coming to the Switch.

But Odyssey was still the talk of the town. Just a few moments after the conference opened to the public, the line to play the game was staggering and fans were jumping at the chance to pose with a lifesize model of Mario and Cappy.

In addition to countless demos, talks and competitions, there is sure to be plenty of live broadcasting at PAX. Amazon’s Twitch had its usual huge presence at the event, as the streaming service has woven itself into the fabric of the gaming world.

Microsoft’s upstart streaming service Mixer made its debut at PAX this year with a sizable presence alongside Microsoft’s other demos, including new games on the Xbox One X, which it hails as the most powerful gaming console ever.

We gave Forza Motorsport 7 a test-run on the One X, and it was a great choice to showcase the console’s graphic abilities. On the game’s Dubai race track, players zoom past vibrant backgrounds that almost pop out of the screen, and details like sand blowing across the track or the occasional confetti cannon are ultra-realistic.

Despite that, the machine did seem to have some trouble keeping up with the high-res graphics: the course flickered in and out of view several times, leaving us suspended in a kind of virtual purgatory.

The first PAX, originally called the Penny Arcade Expo, was held in Seattle in 2004 by comics company Penny Arcade. It’s grown to become one of the biggest games conventions in the world, attracting tens of thousands of gamers from across the globe. It’s also spawned spin-off events in Boston, Austin and Melbourne, Australia.