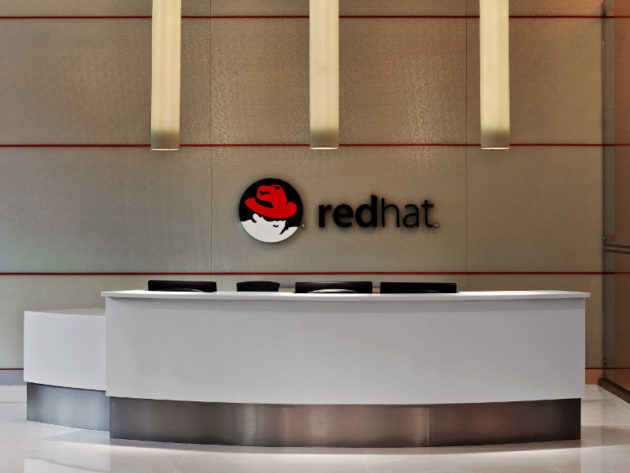 Coming off a quarterly earnings report that shattered expectations, Red Hat CEO Jim Whitehurst believes his company is as well-positioned to capitalize on the shift to cloud computing as it ever has been.

Red Hat is in a very interesting place in 2017, with one foot in two different eras of enterprise computing but thriving in that position instead of feeling trapped. It still makes most of its money selling Red Hat Enterprise Linux to companies running their own data centers, but it has become the de facto leader of the OpenStack cloud computing project and has interesting DevOps products in Ansible (IT automation) and OpenShift (container management).

On Tuesday, the company reported a 19 percent increase in both revenue and net income to $677 million and $73 million, respectively, during its first fiscal quarter of the year. Financial analysts, who peppered Whitehurst with more than their usual share of “Great quarter!” asides during a conference call, were expecting revenue of $648 million according to Marketwatch. The company also raised revenue guidance for its full fiscal year.

The surge of interest in hybrid cloud approaches to IT infrastructure management has been a good thing for Red Hat. Companies that have been slow to move to the cloud and currently manage data centers running Red Hat Enterprise Linux see Red Hat as a partner that can help them manage that transition. That’s especially true as Red Hat improves the integration of its products with those of the big cloud providers, like it did last month in making some of Amazon Web Services’ products available to customers of its OpenShift product.

“A large part of our cloud business is just very simply: we help our customers easily consume cloud with a standard operating environment they’re already familiar with,” Whitehurst said in an interview with GeekWire after the earnings conference call.

There’s a prevalent school of thought among cloud watchers that the incessant rise in the number of services offered by public cloud providers like AWS and Microsoft Azure would make life very difficult for companies like Red Hat, which grew to prominence by providing commercial support for emerging open-source enterprise computing technologies. Early adopters of cloud providers like Amazon Web Services and Microsoft Azure or cloud-native companies tend to pick container management products or Linux images provided by those companies, to the point where a fair amount of the discussion around the public cloud these days involves talking about good old “vendor lock-in.”

These days, Red Hat is banking on being a soft warm blanket for companies that have dragged their heels on cloud computing but realize they’ll have to do something about it, and soon. Next quarter, Red Hat expects to be able to announce that revenue from public cloud installations will be on a $200 million yearly run-rate, or about 10 percent of Red Hat’s yearly revenue.

And the growth of containers, which some think might one day make operating systems obsolete, is actually great for Red Hat, Whitehurst said. In a separate interview with Barrons, Whitehurst pointed out that the list price for its OpenShift container product is much higher than a standard Red Hat Enterprise Linux subscription.

“We look at containers as a huge opportunity, for us, because it allows us to expose and offer even more value than the standard operating system,” he said.