Guirec Soudée became so close to his sailing companion, Monique, that he was prepared to go to jail for her.

The French sailor had a close call with authorities in the most northern reaches of Canada recently after he arrived from Greenland aboard his 40-foot sailboat Yvinec. What did Soudée do wrong? He neglected to tell customs officials that Monique, his pet chicken, was aboard.

After explaining his voyage and showing them his website and Facebook page documenting his adventures with Monique, they permitted him to return to his boat and continue on but advised him to be more above board next time.

Soudée met Monique in the Canary Islands before he began his solo sailing journey around the world. Across the Atlantic, Monique found her sea legs and proved, despite popular belief, that a hen could lay eggs at sea. In the 28-day crossing, Monique laid 25 eggs and became Soudée’s trusted compatriot.

Since beginning their journey together, Soudée has amassed an online following with nearly 110,000 Facebook followers and millions of video views. “The Adventure of Monique and Guirec,” below, has received over 2 million views to date.

The adventure of Monique & Guirec

It’s not all eggs and photo-ops though. Monique, like most chickens, goes to the bathroom where she pleases, and on a boat that can be an issue.

The extra cleaning is worth the companionship. Soudée says Monique is very nice, gentle and does everything with him including surfing, swimming, and sledding. The two spent a year in Greenland adapting to life in the Arctic, including spending winter iced in on an isolated fjord.

After completing the legendary Northwest Passage that connects the Atlantic Ocean with the Pacific Ocean through the Arctic Circle, Soudée picked up another crew member in Alaska, an adventurous puppy named Bosco.

“Monique asked me to adopt Bosco,” Soudée told GeekWire from Vancouver Island, B.C., where the trio is currently exploring. “They’re happy to be together and like to play. Sometimes Bosco plays too strong but Monique lets him know.”

Although the sailing world is full of salty characters, the crew of Yvinec may be one of the most unique, and therefore most viral, currently sailing the seven seas. From Vancouver Island, Soudée plans to sail south to Mexico before crossing the Pacific and warming up in French Polynesia. 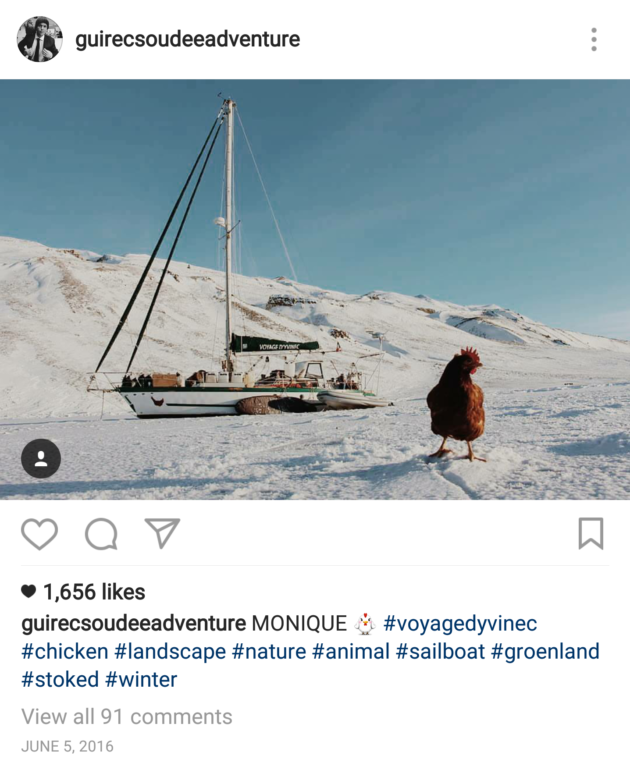 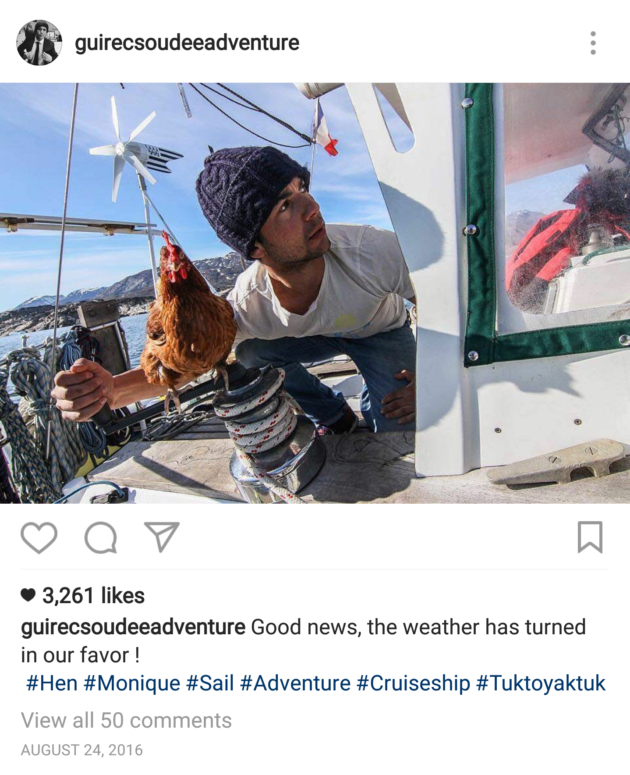 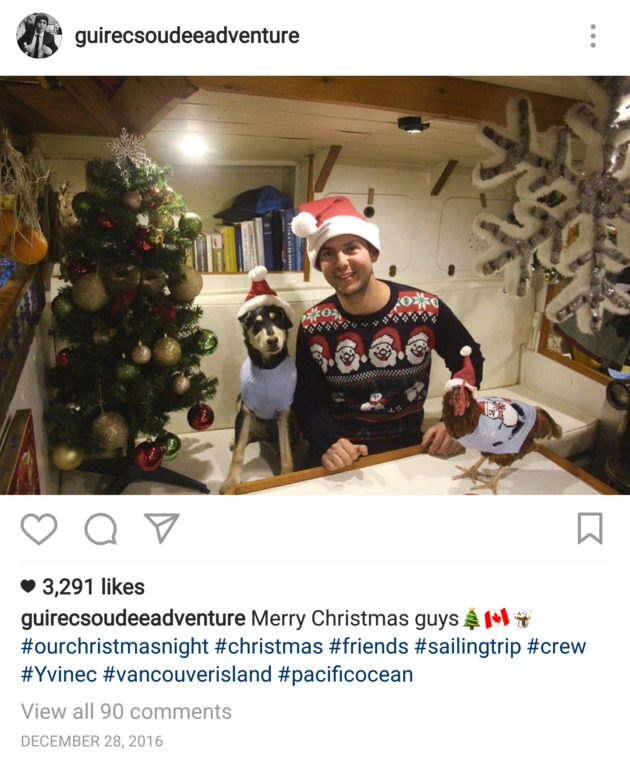