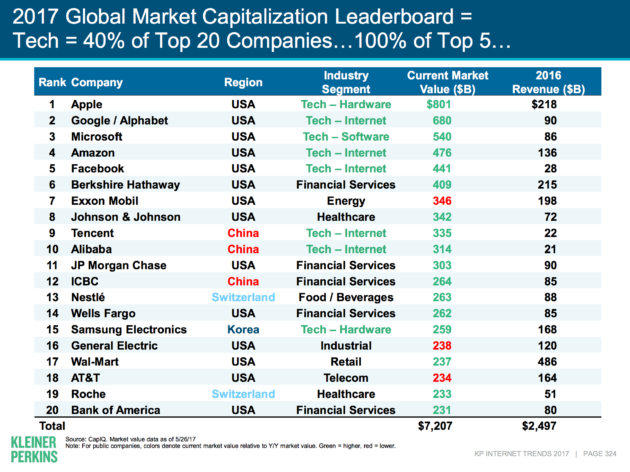 Mary Meeker’s annual Internet Trends report is out, and the 355-page dive into all things tech shows just how big some of the world’s leading tech companies have become.

The report included a pair of dueling charts showing the market capitalization leaders today versus five years ago, and tech companies dominate the rankings in 2017. The top five most valuable companies by this metric are a who’s who of tech giants: Apple, Google-Alphabet, Microsoft, Amazon and Facebook. Add in Chinese tech giants Tencent and Alibaba, and tech makes up 70 percent of the top 10 last of most valuable companies by market cap. 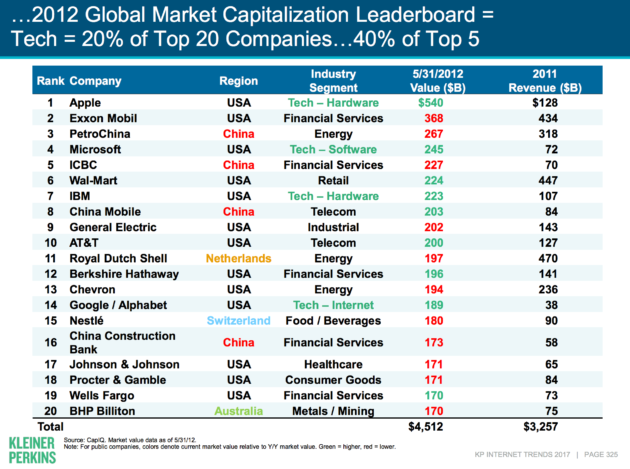 Five years ago, there were only three tech companies among the top 10 in market cap: Apple, Microsoft and IBM. Google appears in the top 20, but there is no sign of Amazon or Facebook, which went public that year.

The report is another show of strength for these tech giants, a couple of which are approaching other financial milestones. Amazon stock crossed the $1,000 per share threshold briefly on Tuesday, and Google parent company Alphabet has been flirting with that distinction as well.