It’s been quite the run for Dave Finocchio and his team at Bleacher Report. The CEO and co-founder launched the sports news site a decade ago with a focus on younger consumers, and in 2012, Turner acquired the company for $170 million. Now Bleacher Report finds itself as one of the leading sports media entities in a rapidly-changing industry affected by the rise of digital content and technologies.

That’s why we’re excited to hear from Finocchio at the upcoming GeekWire Sports Tech Summit in Seattle on June 21-22, where he’ll talk about how his company is reshaping the way sports fans consume content and what the future holds for Bleacher Report. You can grab tickets for this awesome event, now in its second year, here — early bird rates end soon, so it’s best to lock down your spot today.

We caught up with Finocchio earlier this year at the big Consumer Electronics Show in Las Vegas and talked about the rise of Bleacher Report, its focus on technology, and its content strategy, which revolves around not just the games, but life and culture off the court for athletes and teams. Finocchio said he and his team are trying to build something that “lasts not just five or ten years, but 30, 40, or 50 years.” 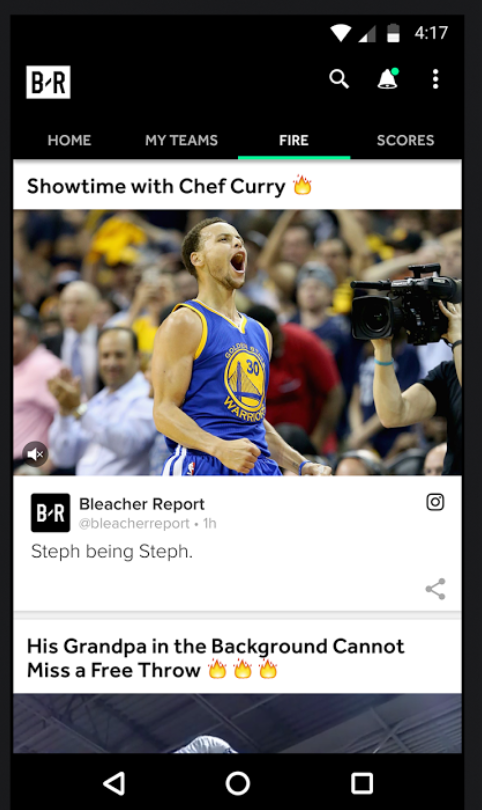 “We are, and have very much become, the social voice of sports in the U.S. and more and more globally,” Finocchio added.

Bleacher Report initially built its brand with the help of amateur writers who helped provide content for the site. But the company is now focusing on higher-quality content, hiring veteran journalists like Howard Beck and Mike Freeman, and earlier this month laid off 50 employees as it “does away with its user-generated roots,” Digiday reported.

The site last month set a new daily traffic record fueled by its coverage of the NFL Draft, with eight million unique visitors on a single day. Finocchio said much of Bleacher Report’s growth is due to its focus on catering to a younger audience; the site reaches 250 million people each month across its social properties, with 80 percent of those under the age of 34.

“Our goal has always been to build something that is lasting and meaningful to a younger generation of sports fans,” he said.