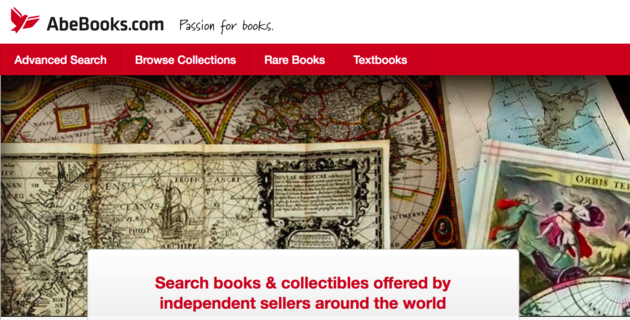 UPDATE: AbeBooks, an Amazon-owned company that offers vintage books, rare collectibles and fine art, is back online as of Sunday evening after a technical issue took down all of its sites and online services for two days.

Good news. Our websites and services have been restored. We’re really sorry for all the inconvenience.

In one message on Twitter this weekend, AbeBooks described the problem as a hardware issue and said it did not have an estimated time for a fix, but noted that buyer and seller data remained secure. As of early Sunday morning, the company said it was still working on the problem.

Update: Our sites are still down due to a hardware issue. We do not have an estimated time for a fix. Buyer & seller data remains secure.

We're still trying to fix the technical issues that have been affecting our sites & services. Thank you for your patience!

AbeBooks, based in Victoria, B.C., was acquired by Amazon in 2008. At the time of the acquisition, the companies said, “AbeBooks will continue to function as a stand-alone operation based in Victoria, British Columbia. AbeBooks will maintain all of its websites, including its Canadian website with Canada-specific content, such as reviews of Canadian-authored books and interviews of Canadian writers.”

David Streitfeld, a reporter for the New York Times who has written extensively about the publishing industry and Amazon’s culture, has been tracking the developments on Twitter.

So true! I'm sure this says nothing about the infinitely more complicated things Amazon is also doing. P.S. 30 hours now. https://t.co/3vA33k1EwK

Amazon's used book site, Abebooks, went down Friday night. They haven't been able to bring it back. Is Amazon is stretched too thin?

An AbeBooks spokesman confirmed Sunday morning that it was “a full outage caused by a hardware issue.”