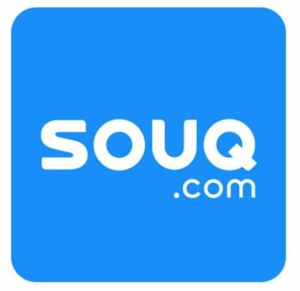 The purchase price wasn’t immediately disclosed. Amazon had reportedly been bidding $650 million when it resumed negotiations for Souq earlier this month, but the Seattle company hasn’t commented on any details of its offer. Rival bidder Emaar Malls said earlier this week that it offered $800 million for Souq, but it’s not clear if Amazon was forced to top that bid.

In a message on the Souq website, Mouchawar called the acquisition “a profound accomplishment for us as we have always strived for the empowerment of our partners, our merchants, our team, local entrepreneurs and every person at SOUQ.”

“Joining the Amazon family will enable us to drive further growth, benefit from their technological investment, offer an even wider product selection through worldwide sourcing, deliver an enhanced customer service experience, as well as continue Amazon’s great track record of empowering sellers locally and globally,” he said.

We’re excited to welcome @souq to the @amazon family https://t.co/9lsYqRSyuf

“SOUQ.com pioneered e-commerce in the Middle East, creating a great shopping experience for their customers,” Grandinetti said. “We’re looking forward to both learning from and supporting them with Amazon technology and global resources. And together, we’ll work hard to provide the best possible service for millions of customers in the Middle East.”

Acquisitions of this size are typically disclosed in regulatory filings, but sometimes not until months later. Amazon says the acquisition is slated to close later this year. Souq appears to be one of Amazon’s largest acquisitions to date based on the reported size of the bid. Its biggest deals were for Twitch ($1 billion in 2014); Zappos ($807 million in 2009); and Kiva ($775 million in 2012).

Amazon’s total acquisition volume fell to just $103 million in 2016, as the company’s M&A team appeared to be focusing attention on the Souq negotiations, which reportedly stalled last year before resuming earlier this month. 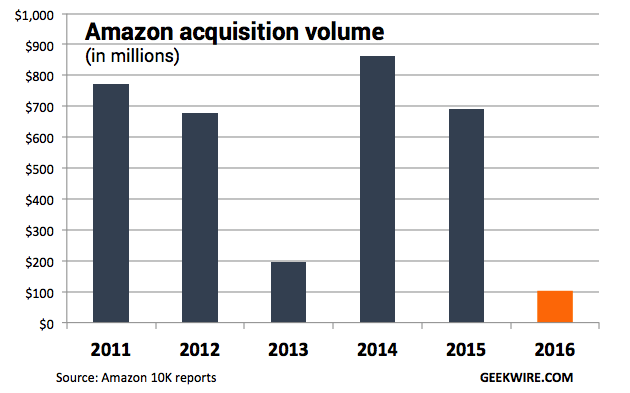